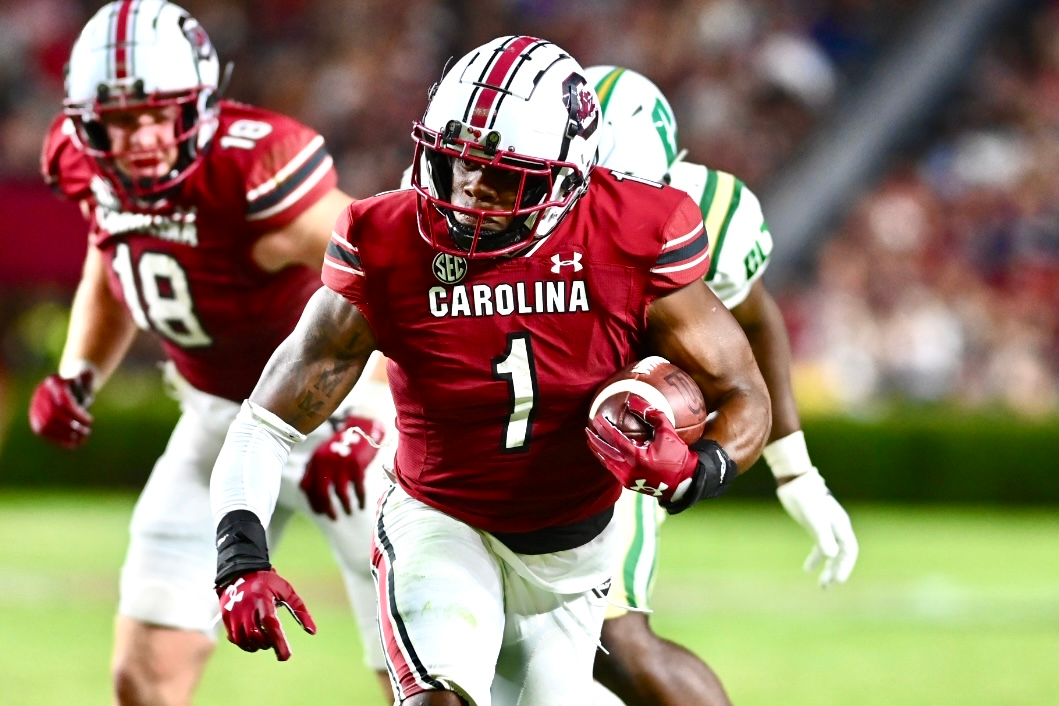 COLUMBIA, S.C. (AP) — MarShawn Lloyd ran for a career-high 169 yards and three touchdowns as South Carolina scored on its first eight possessions to put away Charlotte 56-20 on Saturday night.

The win ended a two-game losing streak for the Gamecocks (2-2) — and was a welcome performance for an offense stuck near the bottom of the Southeastern Conference this season.

Lloyd had scoring runs of 25, 14 and 7 yards, the first two that left fans’ jaws dropped and Charlotte defenders in disbelief.

On the first, Lloyd cleanly hurdled safety Wayne Jones in the open field on the way to the end zone. On his second, Lloyd was stood up for what looked like a short gain before breaking free to put South Carolina ahead 28-14.

Charlotte (1-4) of Conference USA entered with the country’s 30th best passing attack at 289 yards a game and the one of the worst rushing defenses (129 out of 131) in the NCAA at 243 yards allowed per game. Both were evident at South Carolina.

The Gamecocks picked up 161 yards on the ground to score on all four of their first-half possessions. But the 49ers were largely on target behind sixth-year quarterback Chris Reynolds, converting their first seven third downs and throwing for 132 yards to keep things close at the half, 20-14.

South Carolina finished with a season-best 545 yards of offense.

The Gamecocks’ run of points each series ended when backup quarterback Luke Doty was intercepted by Jones — yes, the one who was hurdled by Lloyd — with 8:22 left in the game.

Charlotte: The 49ers lost both Power Five games they’ve played this season, falling at Maryland, 56-21, before the South Carolina blowout. Charlotte has a face-paced attack behind Reynolds that had the Gamecocks defense on its heels in the first half. The school does leave with $1.4 million in guarantees for playing at Williams-Brice Stadium.

South Carolina: There are still plenty of things to fix for the Gamecocks. This is certainly a start to gaining confidence and momentum once they return to SEC play in two weeks. The offense was efficient and powerful and the defense, after a sluggish first half, got three second-half interceptions that South Carolina turned into points.