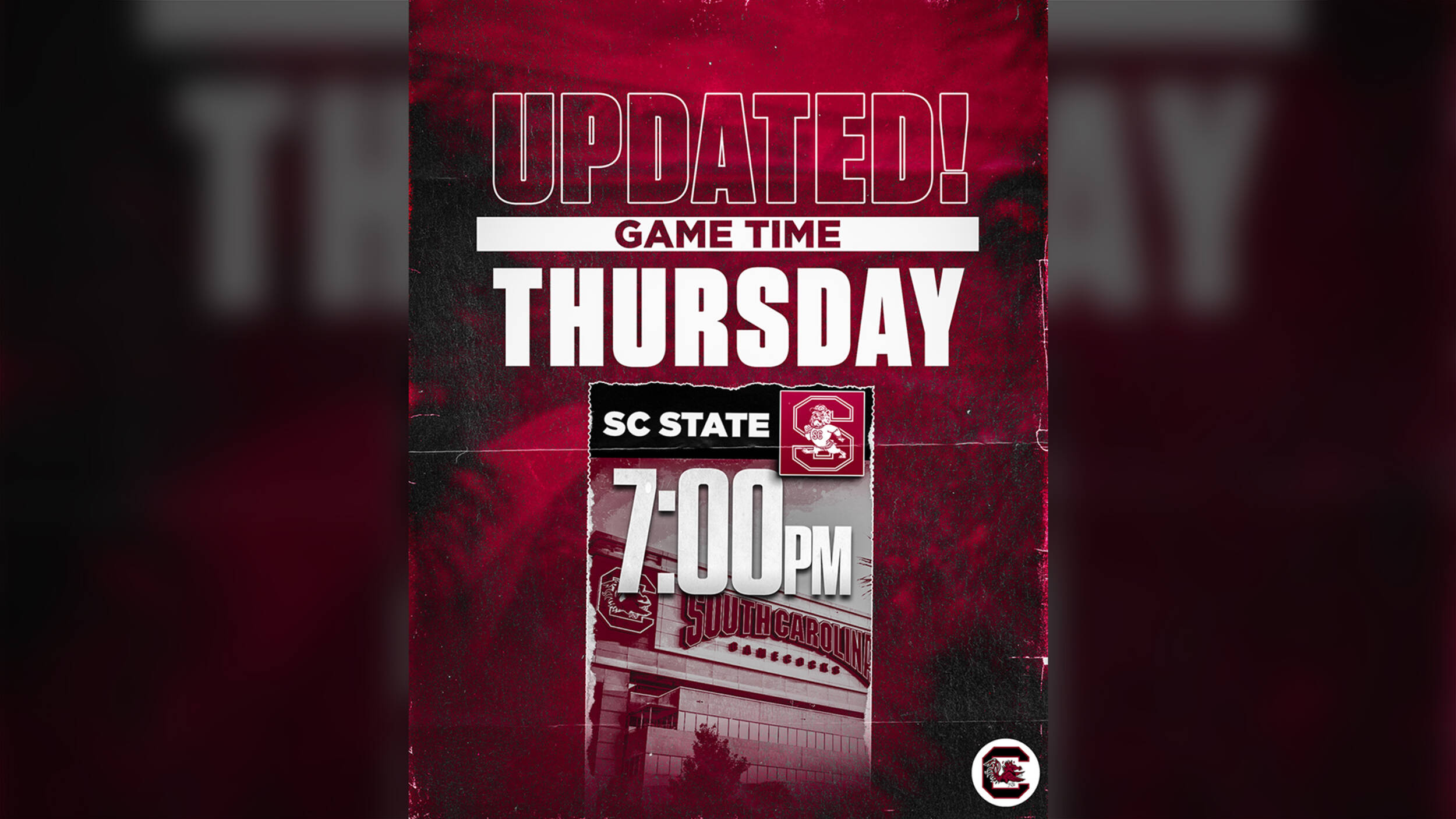 The South Carolina State at South Carolina football game scheduled for noon on Saturday in Columbia has been moved to Thursday, Sept. 29, at 7 p.m. ET due to Hurricane Ian, it was announced today. The game will be televised on SEC Network.

“Due to the potential impact of the hurricane on Columbia and the surrounding area, it is in the best interest of safety to play the game on Thursday rather than Saturday afternoon,” South Carolina Athletics Director Ray Tanner said. “I appreciate the cooperation of South Carolina State head coach Buddy Pough, the South Carolina State administration and the Southeastern Conference officials who worked closely to make the appropriate operational adjustments in order to accommodate this change in the schedule.

“We have been and continue to be in communication with the Governor’s Office and state officials, state and local law enforcement agencies including our campus police and emergency management officials, the Richland County Sheriff Leon Lott, the South Carolina Highway Patrol, the city of Columbia Police Department, the National Weather Service, other local authorities and the SEC regarding potential weather issues,” continued Tanner. “Based on the current forecast and expected weather conditions as well as information from our campus, state and local law enforcement agencies, at this time, the University is confident in our ability to host the game on Thursday at Williams-Brice Stadium.

“We will be able to staff traffic, law enforcement, security and other game day operations. The safety of everyone affected by the storm and the minimization of the impact on emergency personnel were the most important factors considered in making the decision,” noted Tanner.

All tickets issued for Saturday will be honored on Thursday night. Fans with an account with the USC ticket office are encouraged to use their account manager on GamecocksOnline.com to resell any unused tickets.

The reunion honoring the 2010-13 football teams from has been postponed.

Hours of operation for University-controlled parking lots and the athletics ticket office will operate as normal.

Information regarding other University of South Carolina athletics events scheduled for this weekend will be announced as that information becomes available.

University officials are continuing to monitor the movements of Hurricane Ian. Should weather conditions or other factors that impact game day operations change, the University will make adjustments accordingly.