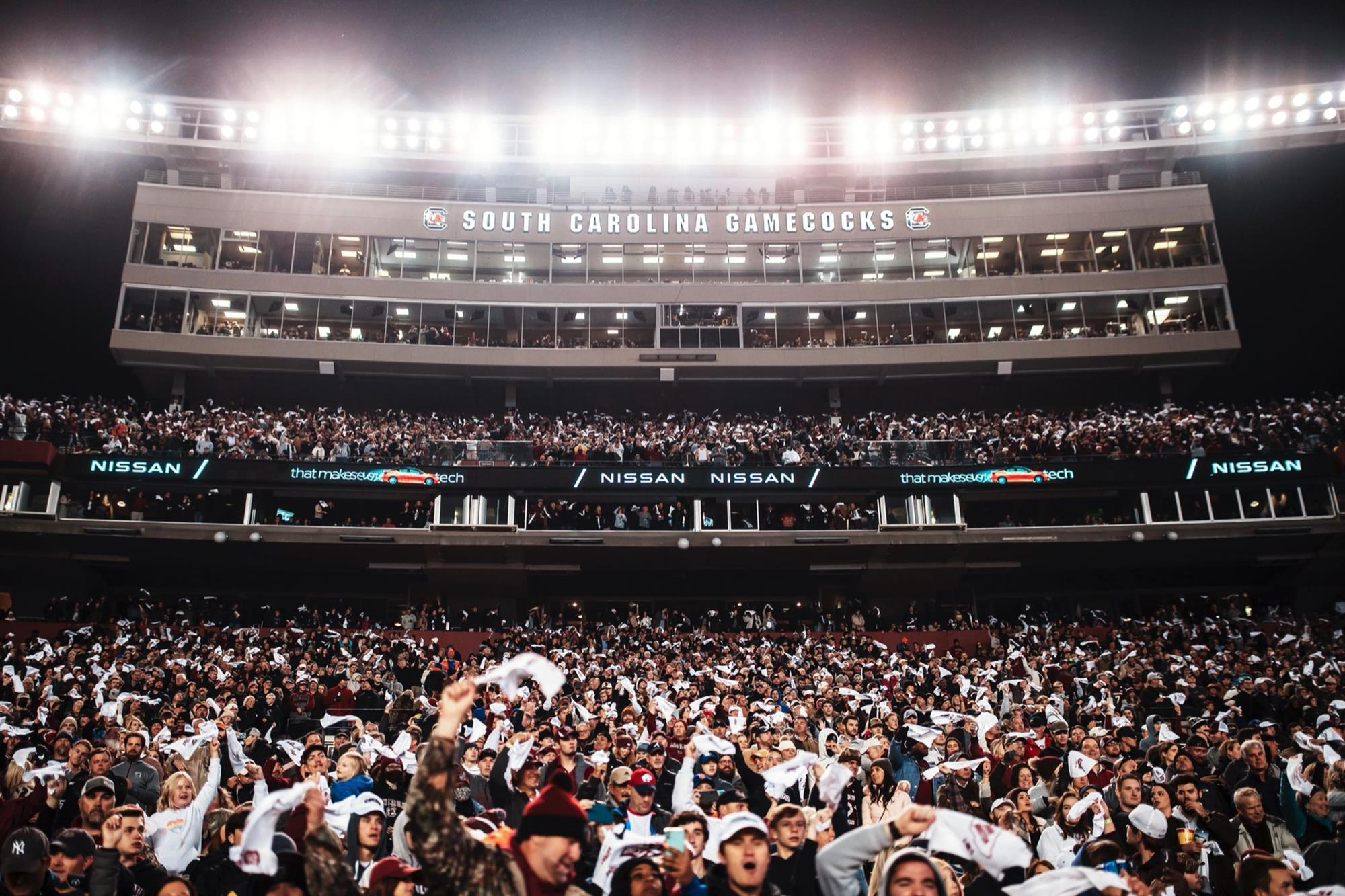 The South Carolina Gamecocks (2-2, 0-2 SEC) wrap up their three-game homestand when they host their in-state rivals from Orangeburg, the South Carolina State Bulldogs on Thursday, Sept. 29. Game time is set for 7 pm ET with the SEC Network handling the broadcast. The Bulldogs (1-2, 0-0 MEAC) are out of the FCS-level Mid-Eastern Athletic Conference, whose full members are historically black colleges and universities (HBCUs).

This week’s game was moved up two days due to Hurricane Ian.

The SEC Network has the television coverage for this week’s game with Dave Neal handling the play-by-play. Aaron Murray provides the analysis while Alyssa Lang works the sidelines for the network. 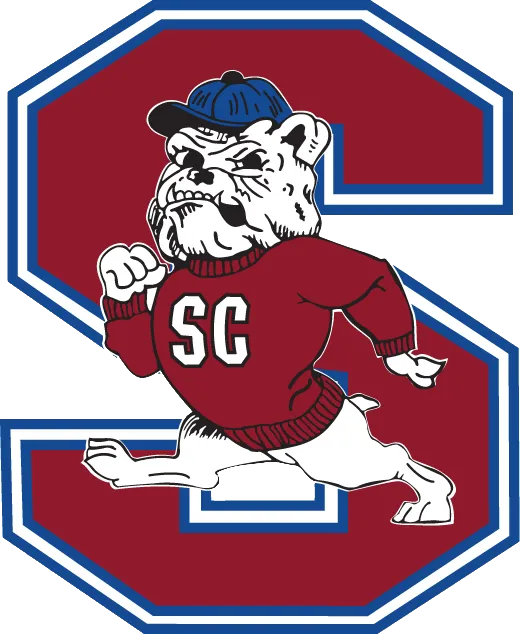 This is the third gridiron meeting between these two schools that are separated by just 42 miles. South Carolina has won both of the previous two matchups by scores of 38-3 in 2007 and 38-14 in 2009. Steve Spurrier coached Carolina to both of those victories, while Buddy Pough was, and is still, the head coach at South Carolina State.

THE BULLDOGS HEAD COACH: Oliver “Buddy” Pough is in his 22nd year guiding the fortunes of Bulldog football. He owns a mark of 144-82 since taking over the reins. Prior to his arrival in Orangeburg, Pough spent five seasons (1997-2001) as an assistant at South Carolina, the first two under Brad Scott and the last three under Lou Holtz.

THE FIRST TIME THEY MET: In the historic first meeting ever on the gridiron between the two Palmetto State universities, South Carolina posted a convincing 38-3 win over South Carolina State on Sept. 15, 2007. The Bulldogs parlayed an early interception into a field goal and a quick 3-0 lead, but Carolina bounced back with 17 first-quarter points and, despite five first-half turnovers (and six for the game), never looked back as they rolled up 408 total yards to SCSU’s 264. Cory Boyd (132 yards on 11 carries) and Mike Davis (102 on 16) both rushed for over 100 yards. Jasper Brinkley, Nathan Pepper and Captain Munnerlyn all had interceptions, with Pepper returning his for a score.

THE LAST TIME THEY MET: Stephen Garcia threw two touchdowns to Moe Brown and ran for another as the Gamecocks overcame a slow start to defeat South Carolina State, 38-14 on Oct. 3, 2009. South Carolina held just a 10-7 lead at the intermission, then scored 21 unanswered points in the third quarter to put the game away. Eric Norwood had a blocked field goal and an interception to lead the Carolina defense. Right before kickoff, Williams-Brice Stadium experienced a power outage that hampered ESPN Classic’s planned broadcast and knocked out the video board midway through the second period.

NON-CONFERENCE SUCCESS: The Gamecocks are 38-12 in their last 50 non-conference games, a .760 winning percentage, with seven of the 12 losses in that stretch coming against Clemson. The Gamecocks went 4-1 against non-conference foes in 2021, posting wins over Eastern Illinois, East Carolina, Troy and North Carolina and losing to Clemson. They are 2-0 this season after wins over Georgia State and Charlotte.

THE POWER OF FIVE: Since the turn of the century, the Gamecocks have a 51-4 mark against teams not currently in a Power-5 conference. The only four losses in that stretch came to UConn in the 2010 Papajohns.com Bowl, to The Citadel in 2015, to USF in the 2016 Birmingham Bowl and to Appalachian State in 2019. It should be noted that UConn was in the Big East, which was a BCS automatic qualifier during the 2009 season.

ABOUT LAST WEEK: South Carolina turned in its top offensive game of the season as the Gamecocks’ cruised to a 56-20 win over Charlotte in front of a sold-out Williams-Brice Stadium last Saturday night, the third sellout in as many home games this season. The Gamecocks scored on each of their first eight possessions and nine of 11 overall to even their record at 2-2.

DEFENSE TAKES A STAND: The Carolina defense surrendered touchdown drives of 13 plays, 90 yards and 12 plays, 81 yards on Charlotte’s first two possessions, before taking a stand. The 49ers next six possessions resulted in a punt, punt, interception, interception, interception and punt. After running 25 plays in its first two drives, Charlotte ran just 27 plays in its next six drives as the Gamecocks pulled away for the easy win. After allowing 171 yards on the first two drives, Carolina surrendered just 121 the rest of the way.

NO SOUP FOR YOU: Gamecock punter Kai Kroeger, a two-time “Ray’s 8” selection this season and the Ray Guy National Punter of the Week in week one, was not asked to punt on Saturday, the first time that’s happened in his three-year career. The last time Carolina went without a punt in a game was against Charleston Southern in 2019.

BACK TO THE FUTURE: MarShawn Lloyd, who was a highly-touted player in the 2020 recruiting class, finally had the breakout game the Gamecocks have been waiting for and a glimpse of what might be to come. Lloyd scorched the Charlotte defense for a career-high 169 yards on a career-high 15 carries, averaging 11.3-yards per tote, with a career-high three touchdowns. Lloyd had just 75 yards on 27 carries through the first three games of the season prior to Saturday’s standout performance, which included a highlight reel hurdle over a 49er player that resulted in a touchdown. Lloyd’s previous high rushing game was a 55-yard effort against Eastern Illinois in the 2021 season opener. He doubled his career rushing touchdown total to six and became the first Gamecock to score three rushing touchdowns since Kevin Harris had five at Ole Miss in 2020.

GOOD THINGS COME IN THREES: The Gamecocks picked off three passes against Charlotte on Saturday with Brad Johnson, DQ Smith and Cam Smith all recording picks. Carolina had recorded just one interception in its first three games.

PLAYING SHORT-HANDED: The Gamecocks have been hit by the injury bug early this season, especially on the defensive side of the ball. A pair of starters in edge rusher Jordan Strachan and linebacker Mohamed Kaba suffered season-ending ACL injuries in the loss at Arkansas. Safety R.J. Roderick was injured on the first series of the season and missed both conference games before returning against Charlotte. Starting defensive tackle Alex Huntley and starting defensive back Cam Smith were injured at Arkansas and missed the Georgia game before returning last week. Key reserve defensive back David Spaulding has been out since the season opener with a leg injury. Cornerback Darius Rush suffered a hamstring injury against Georgia and missed the Charlotte game. Edge rusher Terrell Dawkins underwent knee surgery late last week and will be out for an extended period of time. On offense, tight end Chad Terrell was lost for season after suffering an ACL injury in preseason camp. Left tackle Jaylen Nichols missed the Georgia game while right tackle Dylan Wonnum sat out the Charlotte contest with injuries. Wide receiver Corey Rucker made his first appearance of the season against Charlotte after dealing with a foot injury.

FEELS LIKE THE FIRST TIME: Six players made their first start for the Gamecocks in the season opener versus Georgia State, but only two, MarShawn Lloyd and Alex Huntley, were making their first collegiate start overall. Spencer Rattler, Devonni Reed, Austin Stogner and Jordan Strachan made their first starts for Carolina, but had made starts at their previous stops. Safety Nick Emmanwori became the first true freshman from the 2022 signing class to earn a start when he was in on the first snap at safety at Arkansas. East Tennessee State transfer tight end Nate Adkins made his first start for the Gamecocks against Georgia, as did defensive end Gilber Edmond and true freshman walk-on defensive back DQ Smith. Defensive back O’Donnell Fortune made his first career start against Charlotte.

TOUGH SLATE: The Gamecocks are 2-2, but their two losses have come against teams ranked in the top-25 in Arkansas and Georgia. Six of the Gamecocks’ 12 opponents are ranked in this week’s Associated Press top-25: Georgia remains No. 1 while Arkansas slips to 20th. Future opponents on Carolina’s schedule include Clemson (5), Kentucky (7), Tennessee (8) and Texas A&M (17).

A LITTLE HISTORY: 2022 marks the 129th season of intercollegiate football at the University of South Carolina, dating back to 1892. It is the 116th-consecutive year in which Carolina has competed on the gridiron. The University did not field a team in either 1893 or 1906. Carolina owns an all-time record of 623-603-44, a .508 winning percentage.

YOU’RE MONEY’S NO GOOD HERE: Wide receiver Payton Mangrum was awarded the Jake Panus scholarship prior to the start of the fall semester. Mangrum has been a regular on special teams and has also been on the SEC Academic Honor Roll.

SEEING DOUBLE: Redshirt senior Wyatt Campbell is an offensive lineman who wears No. 68, but has seen action at tight end where he dons No. 80.

LOOKING AHEAD: The Gamecocks return to conference action next week when they travel to Lexington, Ky. to take on the No. 7/8 Kentucky Wildcats. The Wildcats have turned the tables in the series, winning seven of the last eight meetings after Carolina won 10-straight from 2000-2009. The Gamecocks hold an 18-14-1 advantage overall, including a 9-8 mark in Lexington.