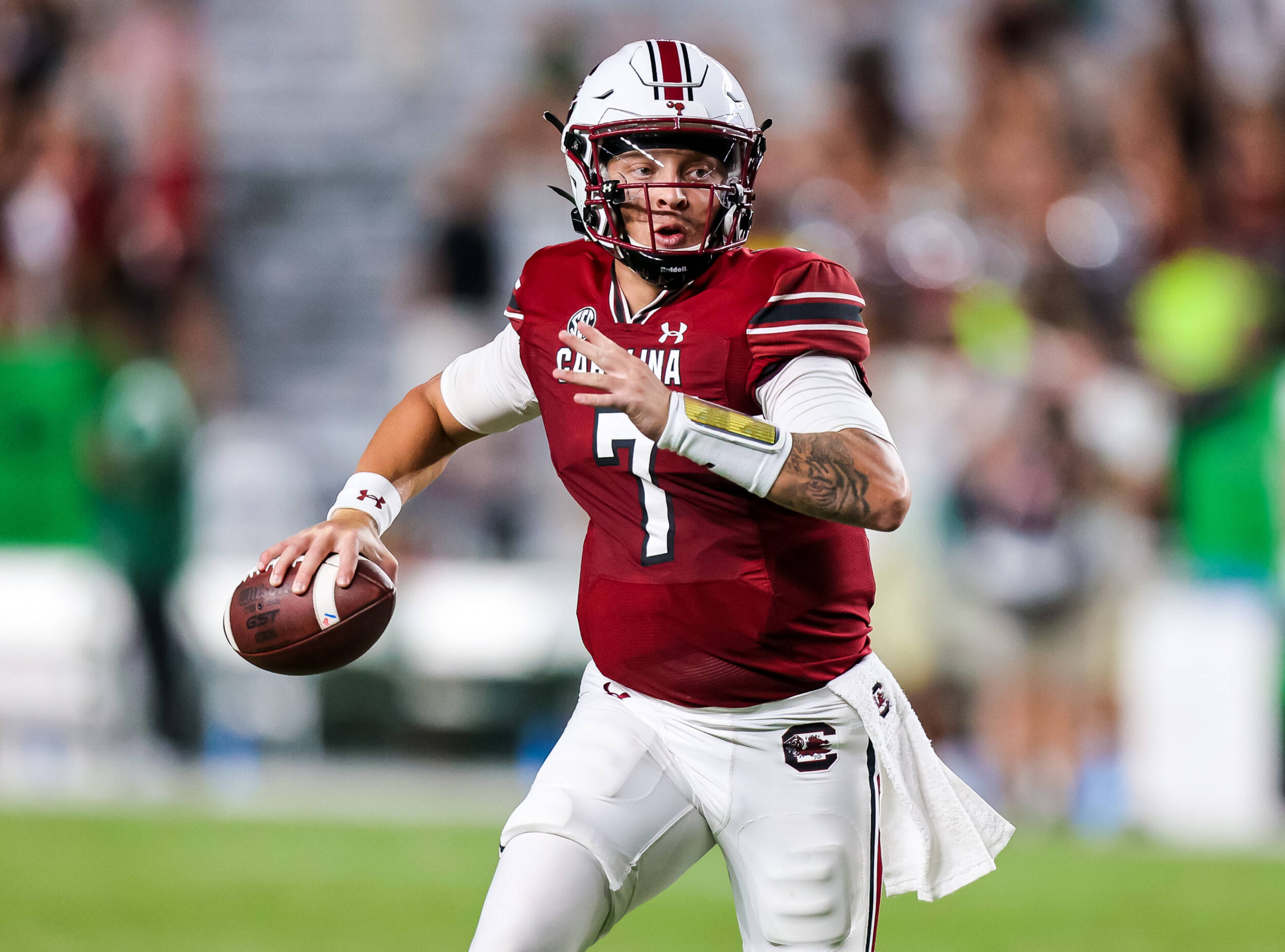 COLUMBIA, S.C. (AP) — Spencer Rattler threw two touchdown passes and ran for a score in South Carolina’s 50-10 victory over South Carolina State in a game moved from Saturday to Thursday night because of Hurricane Ian.

Rattler finished with 212 yards, completing 21 of 27 passes including a 5-yard scoring strike to tailback MarShawn Lloyd and an 11-yarder to tight end Austin Stogner, his teammate at Oklahoma, to help South Carolina (3-2) rout the FCS Bulldogs (1-3).

Administrators at both schools agreed to the change because of the hurricane’s approach. Ian moved through Florida into the Atlantic and was expected to re-enter land in the Palmetto State as a Category 1 storm Friday.

Many parking areas were half-filled at best and the normal, Southeastern Conference-style tailgating setups were absent for this one. South Carolina said 61,551 were at Williams-Brice Stadium, which lists a capacity of 77,559. But the upper decks were largely empty and it wasn’t a stretch to think only about the announced crowd came out.

The Gamecocks overcame a sluggish start, including two interceptions off Rattler’s receivers’ hands, to take control in the opening half.

The Gamecocks broke through on Rattler’s first-quarter TD toss to Lloyd, which was followed by a funky, “swinging gate” formation on a successful two-point conversion by defensive lineman Tonka Hemingway.

South Carolina pulled out the wishbone on its next touchdown, a 1-yard handoff to versatile tight end Jaheim Bell. Rattler ran his way to a score from 6 yards out with 37 seconds left in the half to put Gamecocks up 22-0.

South Carolina State of the Mid-Eastern Athletic Conference had more penalty yards than offensive yards, 112 to 83, in the first 30 minutes. The Bulldogs got their only touchdown on Tyrece Nick’s 1-yard touchdown run right after halftime, ending a drought where they had gone three straight quarters without points.

Nick accounted for 158 of the Bulldogs’ 220 yards of offense.

South Carolina State: The Bulldogs had lost their earlier FBS game, 56-10 at UCF to open the season. They certainly put up a better showing in their home state — the campuses are located about 40 miles apart — and leave with $500,000 for playing at Williams-Brice.

South Carolina: The Gamecocks got their run game going a week ago in a 56-20 win over Charlotte when they rushed for 295 yards. This time, they got Rattler and the passing game on track. Both will be needed when they return to SEC play at No. 7 Kentucky next week.

South Carolina coach Shane Beamer announced right before kickoff that offensive line coach Greg Adkins was stepping away from the team temporarily due to minor health issues. Adkins is in his second year leading the offensive line. Beamer said offensive analyst Lonnie Teasley moved into Adkins’ role during the absence.

South Carolina returns to SEC play at No. 7 Kentucky on Oct. 8.