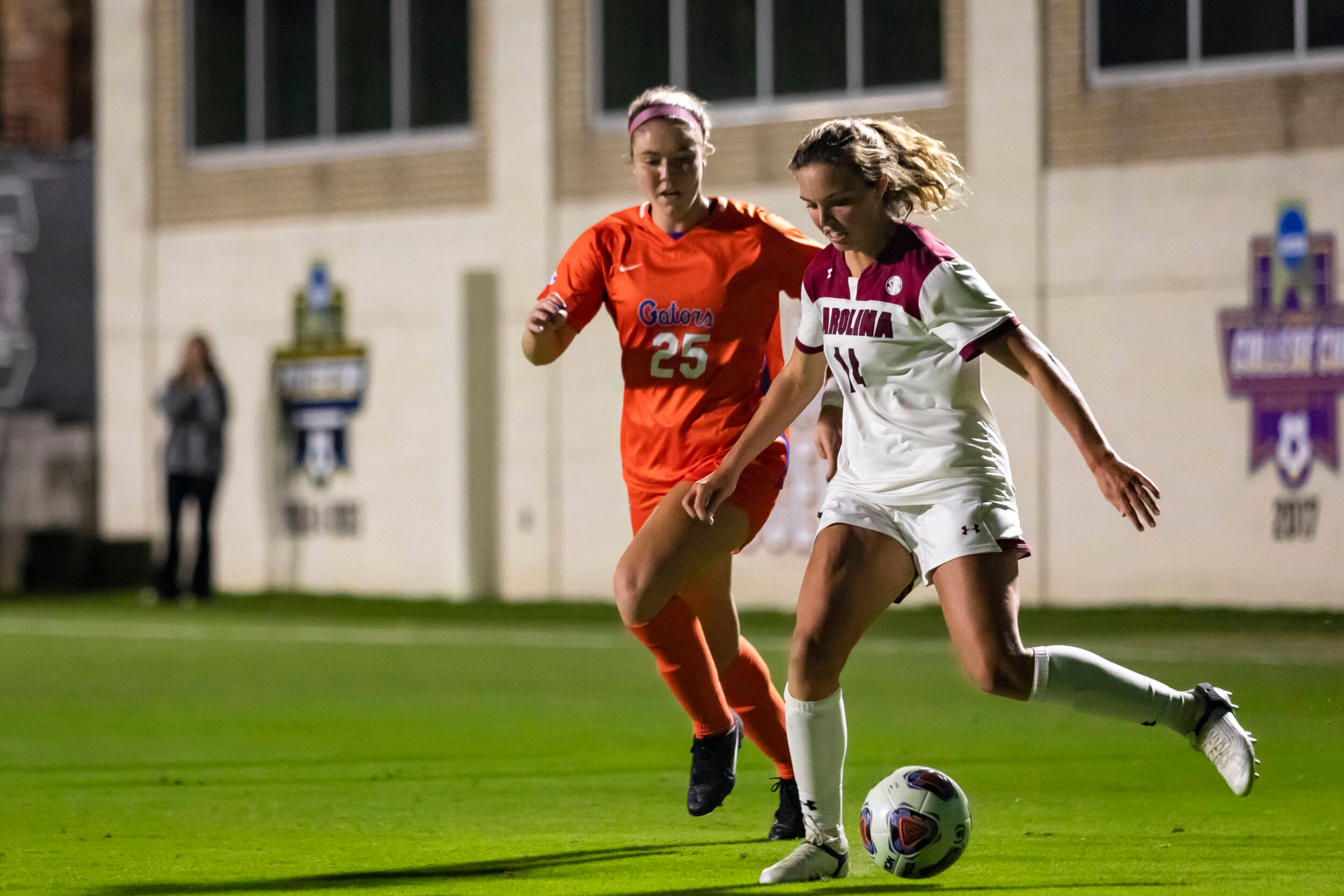 Gamecocks Hit the Road to Take On Mississippi State

The win marked the second for the Gamecocks in conference play, and the goal scored by junior Catherine Barry was the 18th of her career, officially moving her to the No. 10 spot in the record books for all-time goals.

Barry has been dominant for South Carolina this season, starting in every game and leading in multiple statistical categories. Barry leads in total goals (4), points (10), shots (50) and SOG (24). Additionally, Barry leads conference play in shots (17), and ranks second for single game shots (7 – against FL).

Thursday’s meeting against the Bulldogs will be the 21st in program history. The Gamecocks lead the overall series 12-5-3, defeating Mississippi State in the last matchup 2-0 in 2020.

The Bulldogs remain undefeated in the regular season, and are 2-2-0 within conference play. Mississippi State ended with a 0-0 draw against Missouri, their third this year. The Bulldogs took seven shots on the night with six of them on goal, and goalkeeper Maddy Anderson finished with two saves.

Both South Carolina and Mississippi State received votes in the most recent United Soccer Coaches Poll.