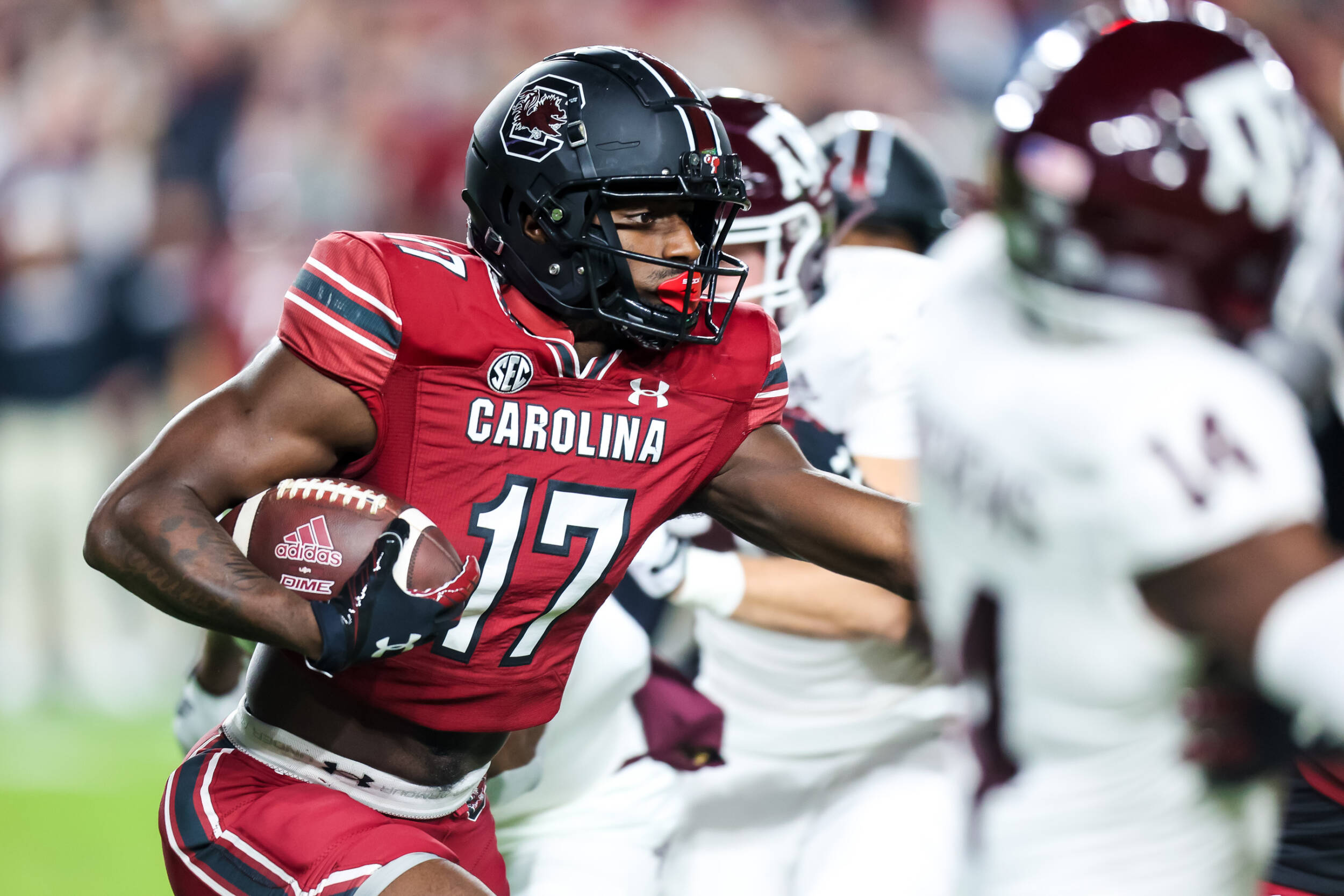 COLUMBIA, S.C. (AP) — South Carolina opened strong with 17 points in the first six minutes and then held on to beat Texas A&M 30-24 on Saturday night.

The Gamecocks (5-2, 2-2 Southeastern Conference) returned the opening kickoff for a touchdown and turned a fumble and interception deep in Aggies territory into 10 more points and a 17-0 hole for Texas A&M (3-4, 1-3) just over five minutes in.

Starting off strong 😤@XavierLegette gets the #Gamecocks on the board with a 100-yard TD! https://t.co/EqHhZQZA1F pic.twitter.com/2HDog9YUqN

It’s the first time the Gamecocks have beaten the Aggies since the SEC made them their Western Division rival in 2014.

MarShawn Lloyd ran 18 times for 92 yards and had both of South Carolina’s touchdowns in the second half to keep Texas A&M from climbing back in it.

Spencer Rattler was 12-of-25 passing for 168 yards for South Carolina, which has won four games in a row for the first time since winning six in a row to finish the 2013 season.

Devon Achane ran 20 times for 99 yards for the Aggies. Hayes King was 17-of-32 passing for 178 yards, with a touchdown and an interception before leaving with an injury in the fourth quarter.

Freshman Conner Weigman filled in and went 8 of 15 through the air for 91 yards but neither of his two final Hail Mary tries made it to the end zone after Texas A&M recovered an onside kick at midfield with nine seconds left.

The loss puts even more pressure on Texas A&M coach Jimbo Fisher, whose team started the season ranked No. 6, With a contract through 2031 paying him $9 million a year, his job likely isn’t in jeopardy.

However, losing to South Carolina has been bad for several SEC coaches. Phillip Fulmer for Tennessee in 2008, Will Muschamp in 2014 and Dan Mullen in 2021 all lost their jobs shortly after losing to the Gamecocks.

Texas A&M: Plenty of people expected the Aggies to challenge Alabama in the SEC West this season. Instead, it looks like a struggle to get to six wins and a bowl game. A win over UMass is probable. After that the Aggies need two wins out of four games — Ole Miss, Florida, at Auburn and at LSU.

South Carolina: Gamecocks fans chanted “Beamer Ball” during a late-game timeout in appreciation of second-year coach Shane Beamer . The Gamecocks only need to beat Missouri or Vanderbilt in the next two weeks to make a second straight bowl. And with the win, South Carolina has beaten every team in the current SEC.

Texas A&M: The Aggies host No. 7 Ole Miss next Saturday.