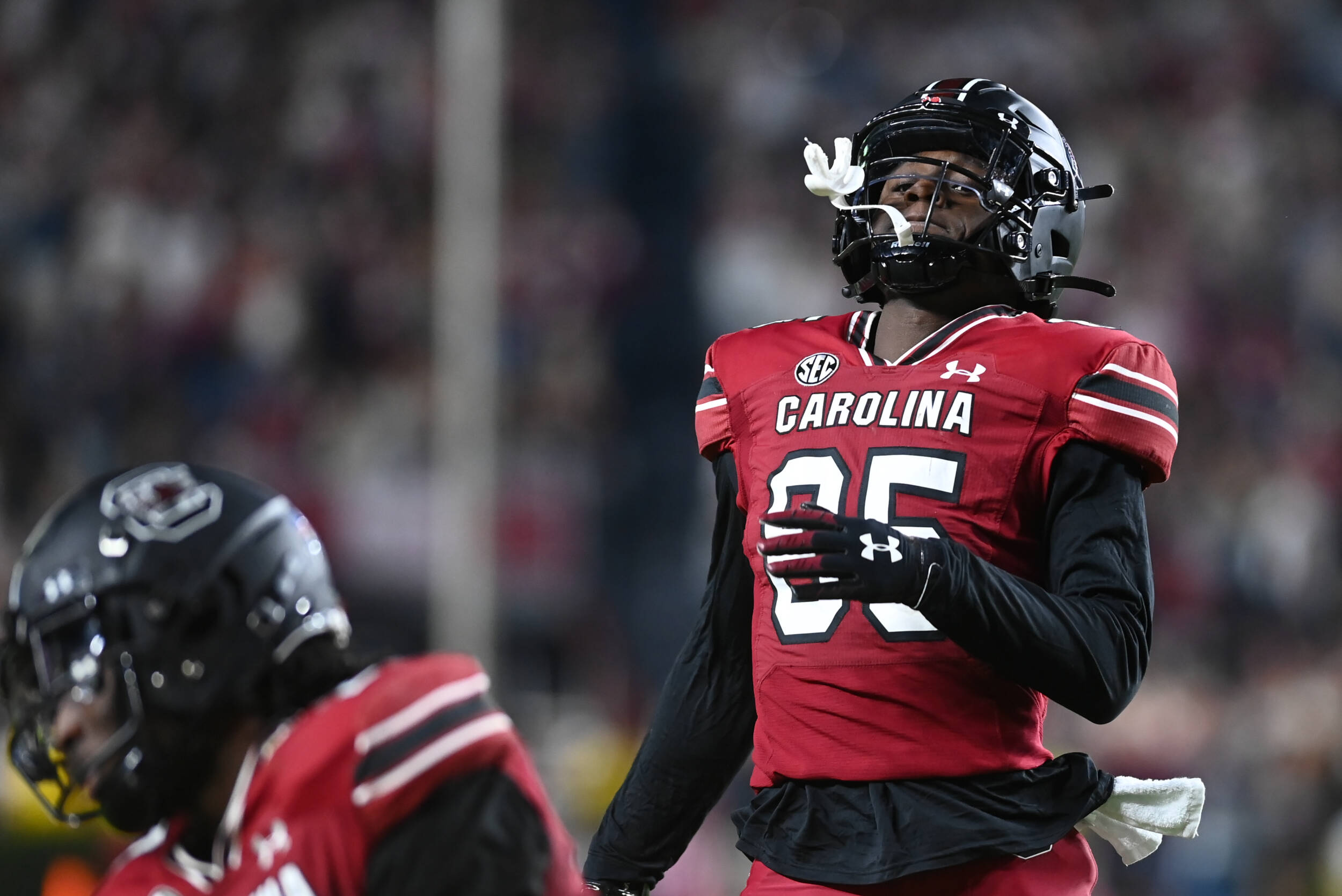 University of South Carolina wide receiver Payton Mangrum is one of 81 players nominated from Division I (FBS) schools from across the country for the 2022 Burlsworth Trophy. The Burlsworth Trophy is given to the most outstanding football player in America who began his career as a walk-on and has shown outstanding performance on the field.

Mangrum, a 6-0, 198-pound redshirt sophomore from Greenville, S.C., joined the squad as a walk-on in the summer of 2020 and made his collegiate debut in the 2020 season finale at Kentucky. As a redshirt freshman in 2021, Mangrum played in all 13 games, primarily on special teams, and was rewarded with his first varsity letter. The highlight of his season came at Tennessee when he caught a 44-yard touchdown pass from Kai Kroeger on a fake punt. Prior to the 2022 season, Mangrum was presented with the Jake Panus Walk-on Scholarship. He has again appeared in every game this season on special teams.

In the award’s 13th year, the Burlsworth Trophy is named in honor of Brandon Burlswowth, former University of Arkansas walk-on and All-American offensive lineman. Each nominee must have begun his first season of participation with an FBS (D-I) football program without financial aid or any kind from his university’s athletic department.

“All of these young men had the dream to play college football at the highest level”, said Marty Burlsworth, President and CEO of the Burlsworth Trophy and older brother of Brandon Burlsworth. “And they had the work ethic and devotion to make that dream come true. They overcame the odds and achieved beyond others’ expectations. That’s what the Burlsworth Trophy is all about.”

Without one D1 scholarship offer, Brandon Burlsworth walked on at the University of Arkansas in 1994. He became a three-year starter and was eventually named an All-American in 1998. Burlsworth was selected as the 63rd overall pick by the Indianapolis Colts in the 1999 NFL draft but was tragically killed in a car accident 11 days later. The Burlsworth Foundation was created in his memory and supports the physical and spiritual needs of children, in particular those children who have limited opportunities.

The Burlsworth Trophy award ceremony to honor the three finalists and to announce the 2022 winner will on December 5 at 7:00pm CST at Crystal Bridges Museum in Bentonville, Ark.