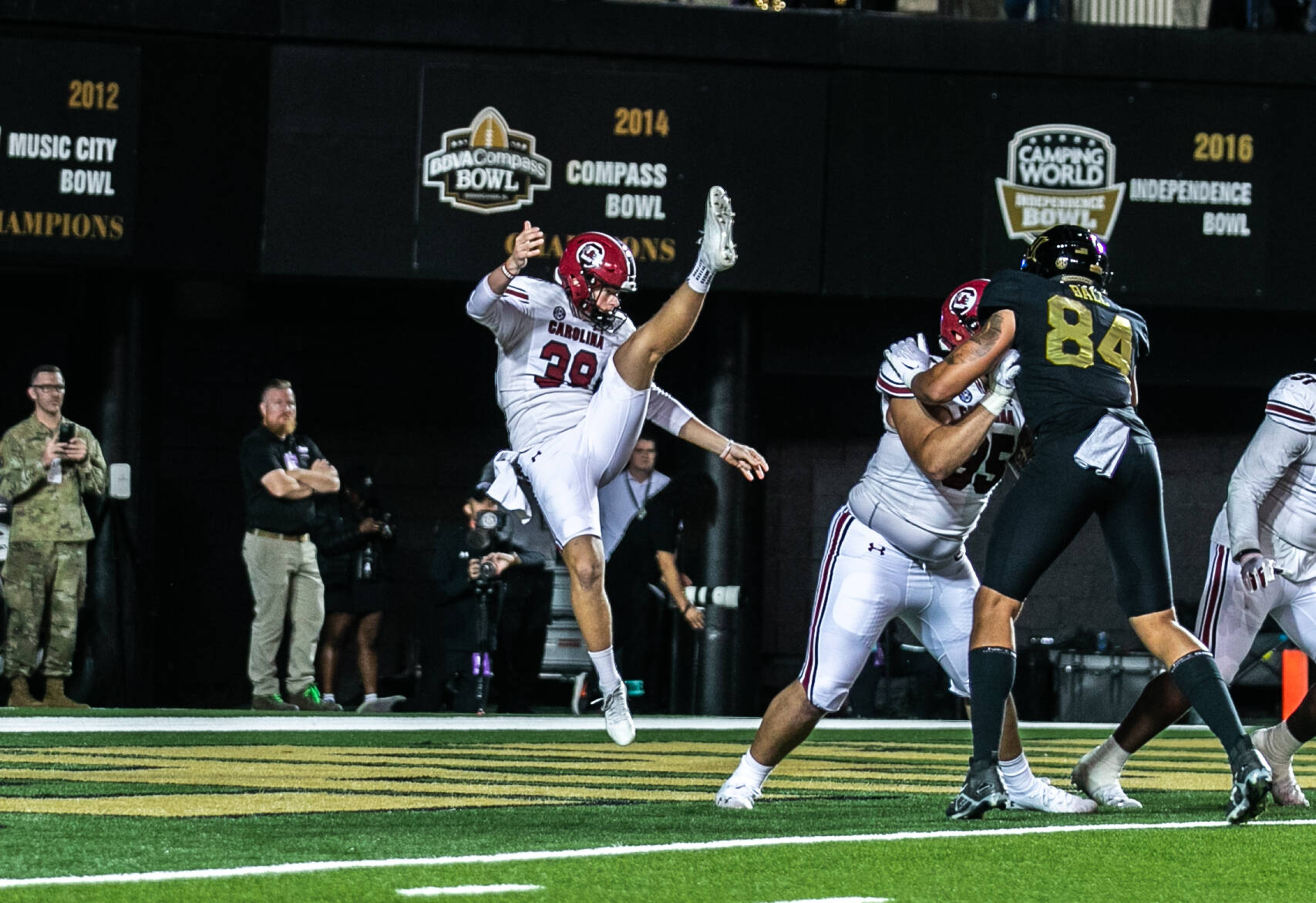 University of South Carolina junior punter Kai Kroeger was named to the “Ray’s 8” list of punters eligible for National Punter of the Week honors for his performance in the Gamecocks’ 38-27 win over Vanderbilt last Saturday night, the Augusta Sports Council and the Ray Guy Award announced today.

Kroeger, a 6-4, 207-pounder from Lake Forest, Ill., booted five punts against the Commodores for a 53.6-yard average, including kicks of 69 and 66 yards, with two of his punts downed inside the 20. Vanderbilt returned just one of the five punts for negative-one yard. The Gamecocks had a net punting average of 45.8-yards per punt in the win. Kroeger, who is also the holder on placements, completed a 16-yard pass on a fake field goal for a first down, and is now 4-for-4 in his career passing.

Kroeger is a five-time Ray Guy’s “Ray’s 8” honoree this season and was selected the National Punter of the Week in week one following his efforts in the win over Georgia State.

Kroeger and the Gamecocks (6-3, 3-3 SEC) will travel to Florida (5-4, 2-4 SEC) this week for a 4 pm SEC Eastern Division showdown in The Swamp. The game will be televised on SEC Network.