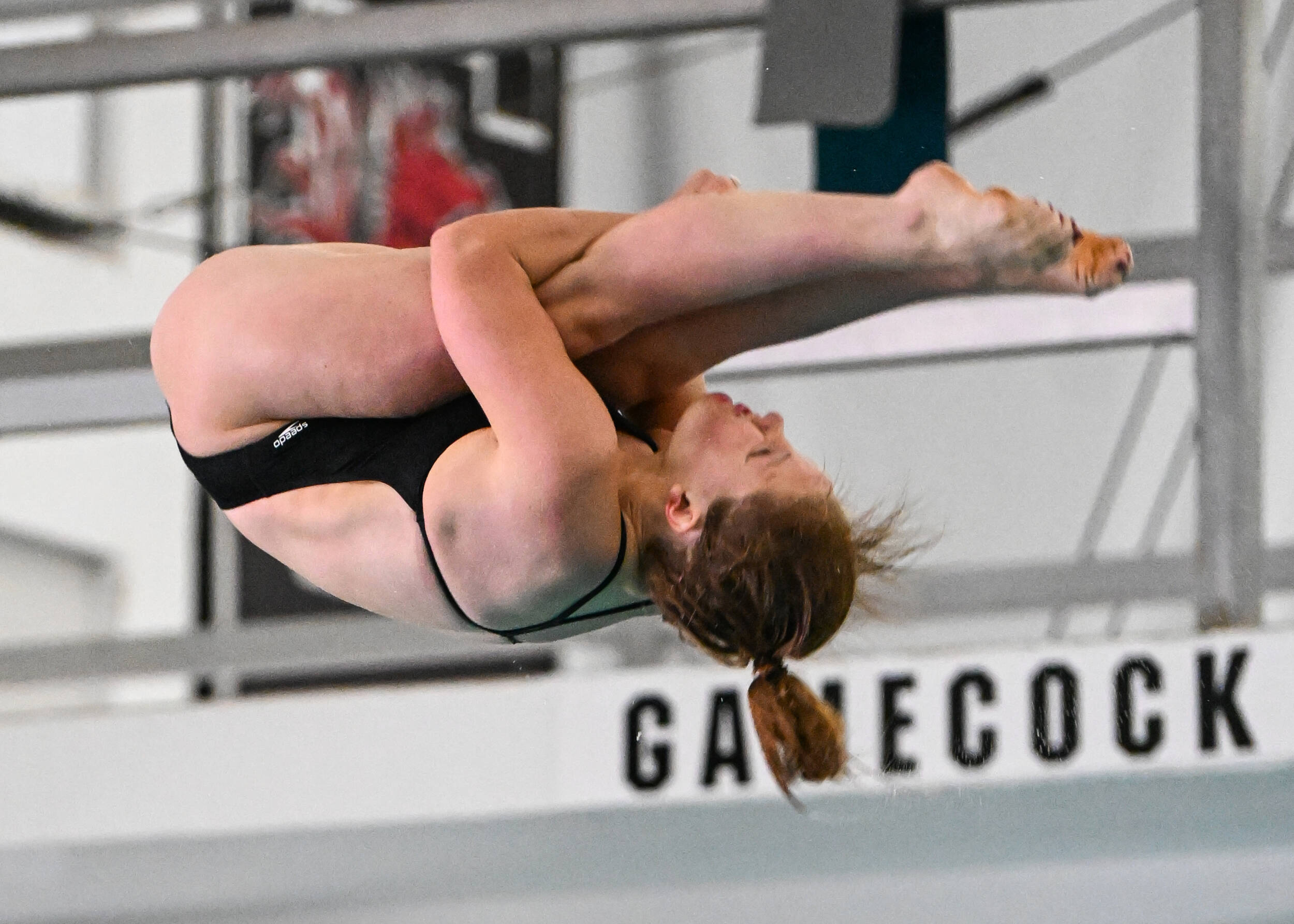 At the Gamecocks’ meet at Duke on Friday, Schultz earned her third springboard sweep in as many dual appearances.  The Fayetteville, Arkansas, native scored a 344.48 in the 1-meter event and a 353.55 in the 3-meter event to contribute 18 points to the team.

Across the four duals that Schultz has competed in this season, she is undefeated in the 1-meter event and has won three 3-meter competitions.

All four of Schultz’s scores this week met the NCAA Zone qualifying standard. All eight of her scores this season have also achieved the standard for Zone qualifications.