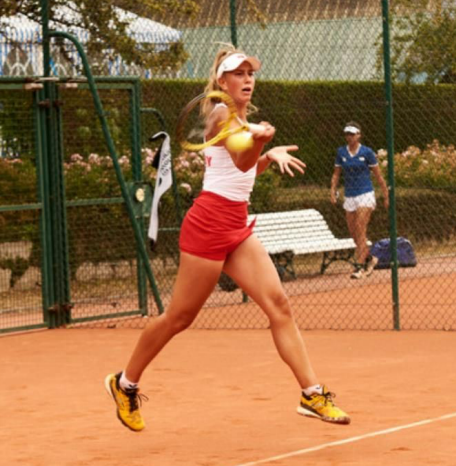 “We are very excited to add Anna to the Gamecock family,” said Epley. “She is a powerful and dangerous player with lots of potential to improve in the college ranks. Anna had a great visit and it was clear that she will fit in with the team culture we are building here.”

“We couldn’t be more excited to have Anna join our program,” said Assistant Coach Axel Damiens. “She has shown that she can play at an extremely high level in the Juniors and we believe that it will translate at the college level. Her desire to work hard fits right into our strong culture and makes me very excited to work with her in the coming season.”

In August, Kantor earned her highest UTR win over a 10.64 in straight sets at the European Summer Cup. She also competed in the WTA 250 in her home country of Hungary in July.