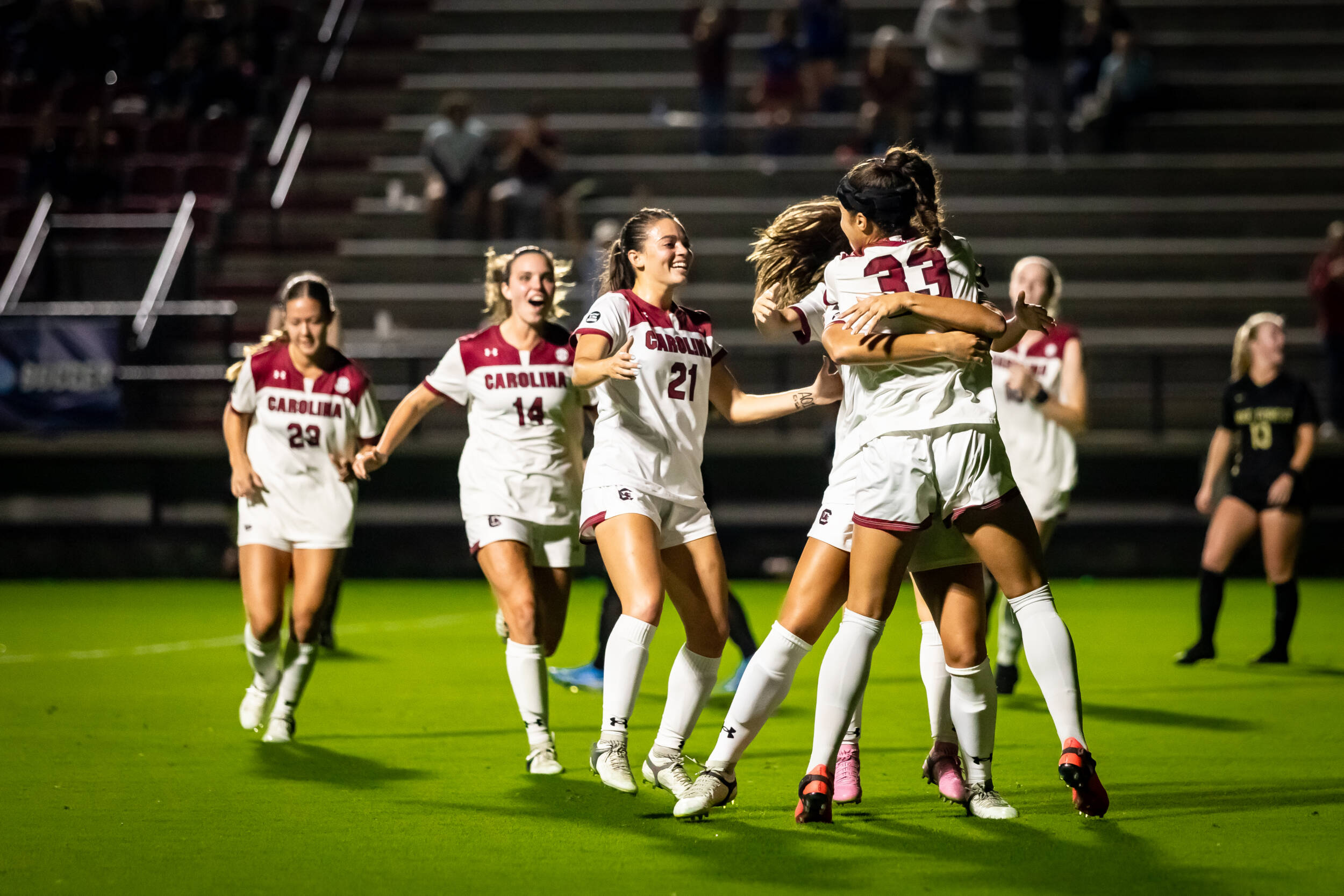 COLUMBIA, SC – Six Gamecocks were named to the 2022 Academic All-District First Team on Tuesday, as announced by the College Sport Communicators (CSC, previously known as CoSIDA).

Patrick is working towards her degree in Risk Mangagement and Insurance, and has been a vital member of the team. The sophomore has tallied five goals and three assists this season, and has made appearances in all 22 games with 19 starts.

Barry has been a dominant force on the pitch, working her way towards the top of the leaderboard with eight goals and seven assists, while also leading her team and the SEC with 84 total shots. Barry is working towards a degree in Chemistry, and sits in the No. 8 spot within the South Carolina record book for career goals (22).

Zullo has appeared in all 22 games for the Gamecocks this year, making starts in 15 of them as a forward. The junior Sports and Entertainment major had an explosive game in South Carolina’s 6-1 win over Tennessee this season, scoring twice within five minutes. Zullo has also notched five assists, four of which coming in the game against the Vols.

Senior captain Dixon has been a consistent presence for South Carolina, making starts in 21 of 22 games this season. The Public Relations major has played the full 90 minutes in eight games, and scored her second career goal with the game-winner against Vermont (08/28).

In her fourth year, Hinz has been incredible in front of the net for the Gamecocks. The senior has started in every game this year, and has played the full 90 minutes in every match but one. Hinz has tallied 72 saves and 13 shutouts this season, ranking her at No. 1 and 2 in the conference, respectively. The Sport and Entertainment major also ranks first in the SEC for save percentage (.867), and her goals against average (.510). Hinz had an excellent showing in the SEC tournament, tallying two saves in a shootout against Georgia, helping her team advance to the championship where the Gamecocks defeated Alabama 1-0 to claim the title. For her efforts, Hinz was named the Tournament MVP.

5th year senior Harris cemented her name in the record books this season, moving to the No. 1 spot for game starts (103 as of 9/15). Harris also broke the all-time NCAA women’s soccer career minutes record, currently standing at 9,215 minutes and climbing. Harris scored the game-winning goal in the Gamecock’s most recent game against Wake Forest, helping propel her team to the second round of the NCAA tournament. The 5th year earned her bachelor’s degree in Early Childhood Education, and is working towards her Masters in Teaching.

The six Gamecocks will be joined by their fellow teammates as they compete against Harvard in the second round of the NCAA women’s soccer tournament on Friday, Nov. 18 in Durham, NC at 4:00pm.