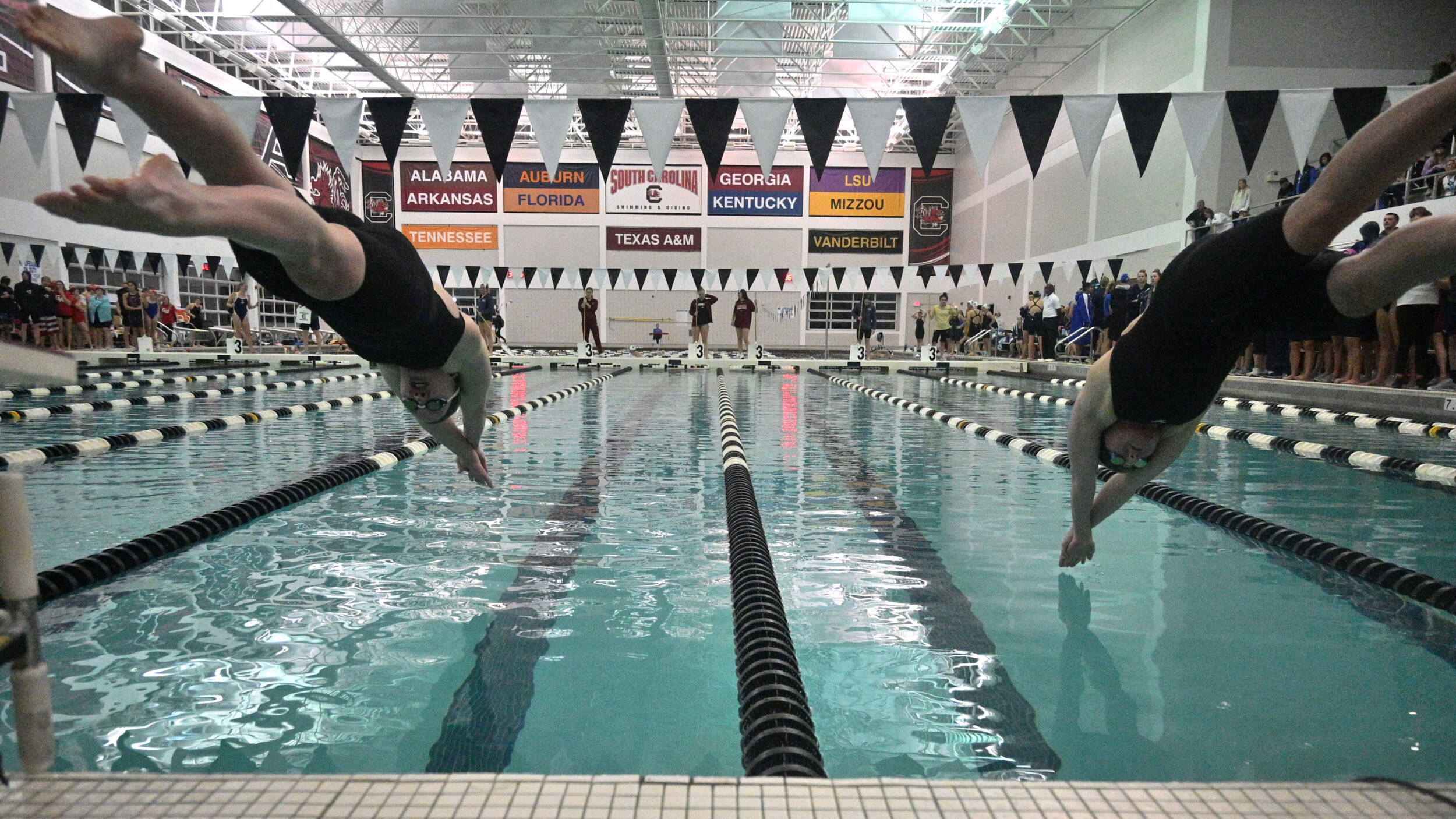 Columbia, S.C. – South Carolina swimming began the Gamecock Invitational on Wednesday and produced a comfortable lead in the scores during the first day of competition. South Carolina was dominant all around, taking wins in all ten events of the night.

The Gamecock women are in first place of the seven teams competing with 538 points. The next closest team in UNCW in second with 317 points.

The Gamecock men also hold first out of the three men’s teams competing. South Carolina currently has 499 points with UNCW in second with 374 points and Gardner-Webb in third with 271 points.

“I’m really proud of the way our team competed today. The energy was fantastic and I felt that our athletes did a great job of feeding off each other’s swims. I’m looking forward to day two tomorrow.”