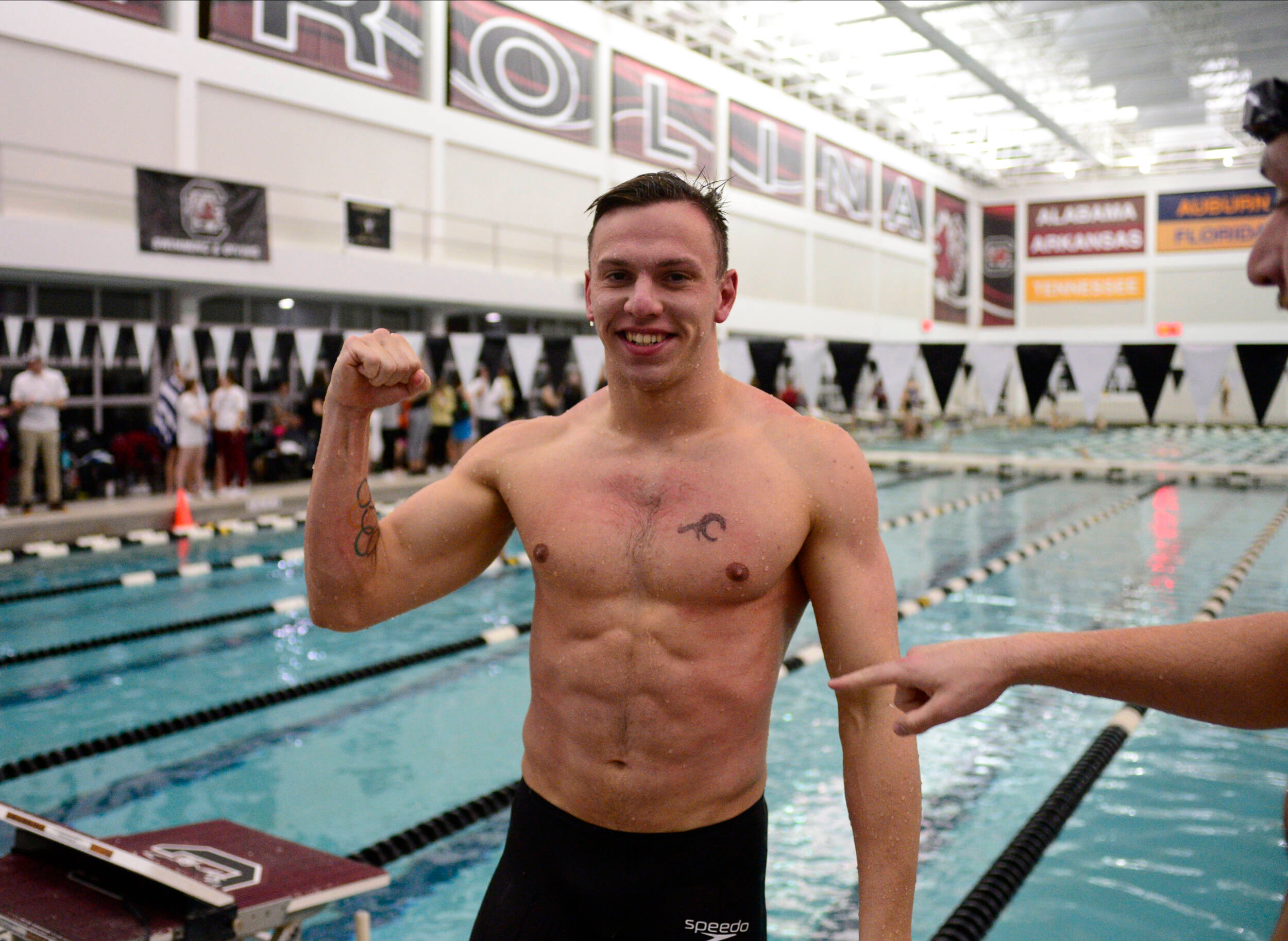 Columbia, S.C. – South Carolina swimming continued action at the Gamecock Invitational on Thursday with the women winning six of their seven events and the men winning five of theirs.

Junior Bella Pantano took down her own school record in the 100 back during the morning’s preliminary heats. She swam a 53.29 to set the new record. Pantano then went on to lower her own record again in the finals, swimming a 53.26 for first place.

Sophomore Michael Laitarovsky also took down his own school record in the 100 back. The Natanya, Israel, native flew through the event and touched the wall in 45.92 for the new record.

South Carolina’s divers will continue competition at the Tennessee Invitational on Friday beginning at 12:30. The men will compete in the 3-meter event and the women in the 1-meter event. Diving will be live streamed on the SEC Network+.