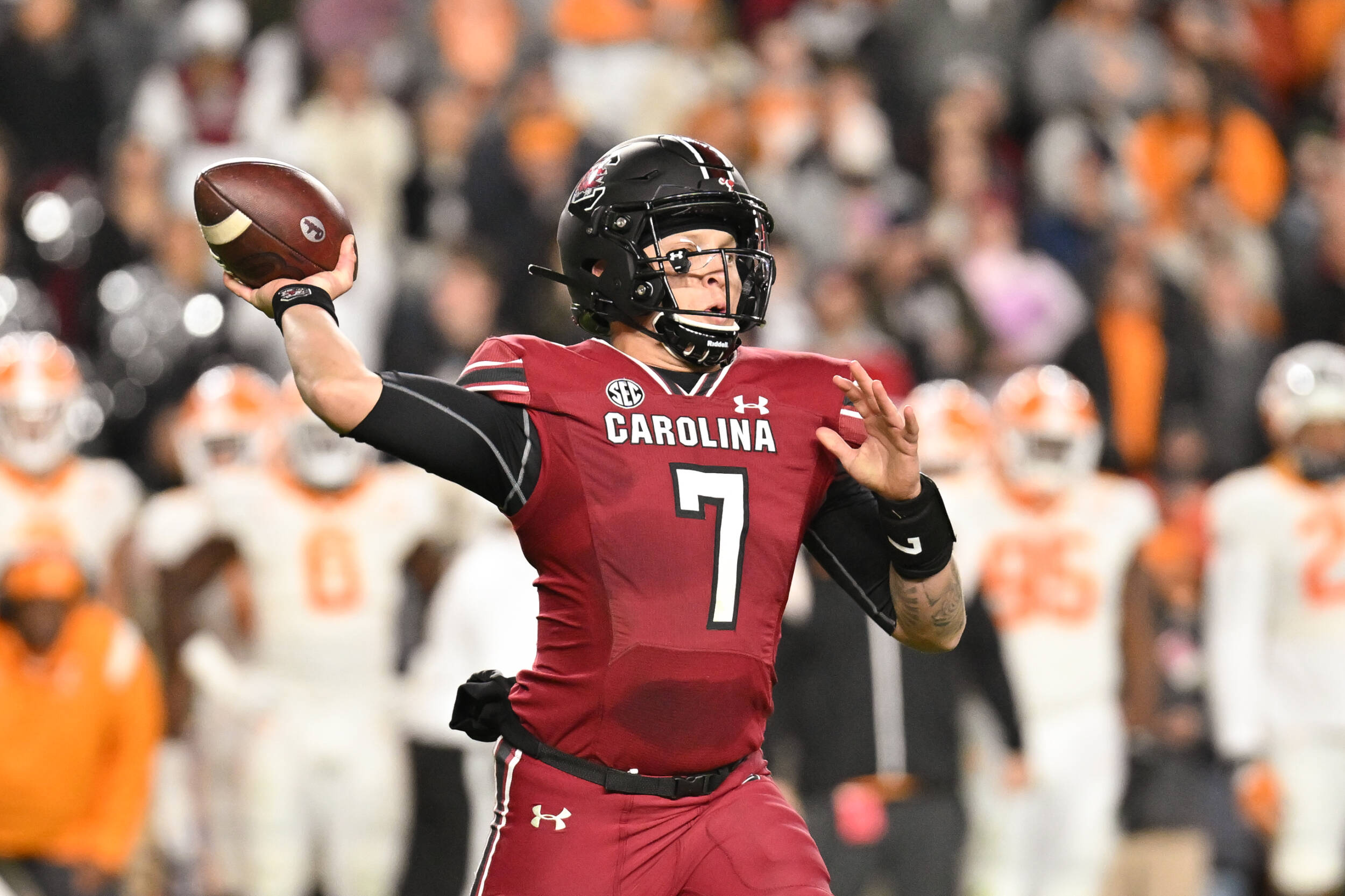 University of South Carolina quarterback Spencer Rattler has been named the Walter Camp National FBS Offensive Player of the Week, presented by 777 Partners, for games ending November 19, it was announced today.

Rattler was also named the Division I-A National Performer of the Week by the College Football Performance Awards (CFPA).

Rattler, a 6-1, 215-pound redshirt junior from Phoenix, Ariz., competed 30-of-37 passes for a career-best 438 yards and set a school record with six touchdown throws as South Carolina defeated fifth-ranked Tennessee, 63-38 on Saturday. Rattler and the Gamecocks’ 63 points set a school record against a top-five opponent. With the win, South Carolina improved to 7-4, 4-4 in the Southeastern Conference.

Rattler is the sixth South Carolina player to earn Walter Camp National Player of Week honors since the award started in 2004, and the first since Jaycee Horn (Oct. 18, 2020).

This is the 19th year that the Walter Camp Football Foundation will honor one offensive and one defensive player as its national Football Bowl Subdivision player of the week during the regular season. Recipients are selected by a panel of national media members and administered by the Foundation.

Navy’s John Marshall was this week’s Defensive Player of the Week.