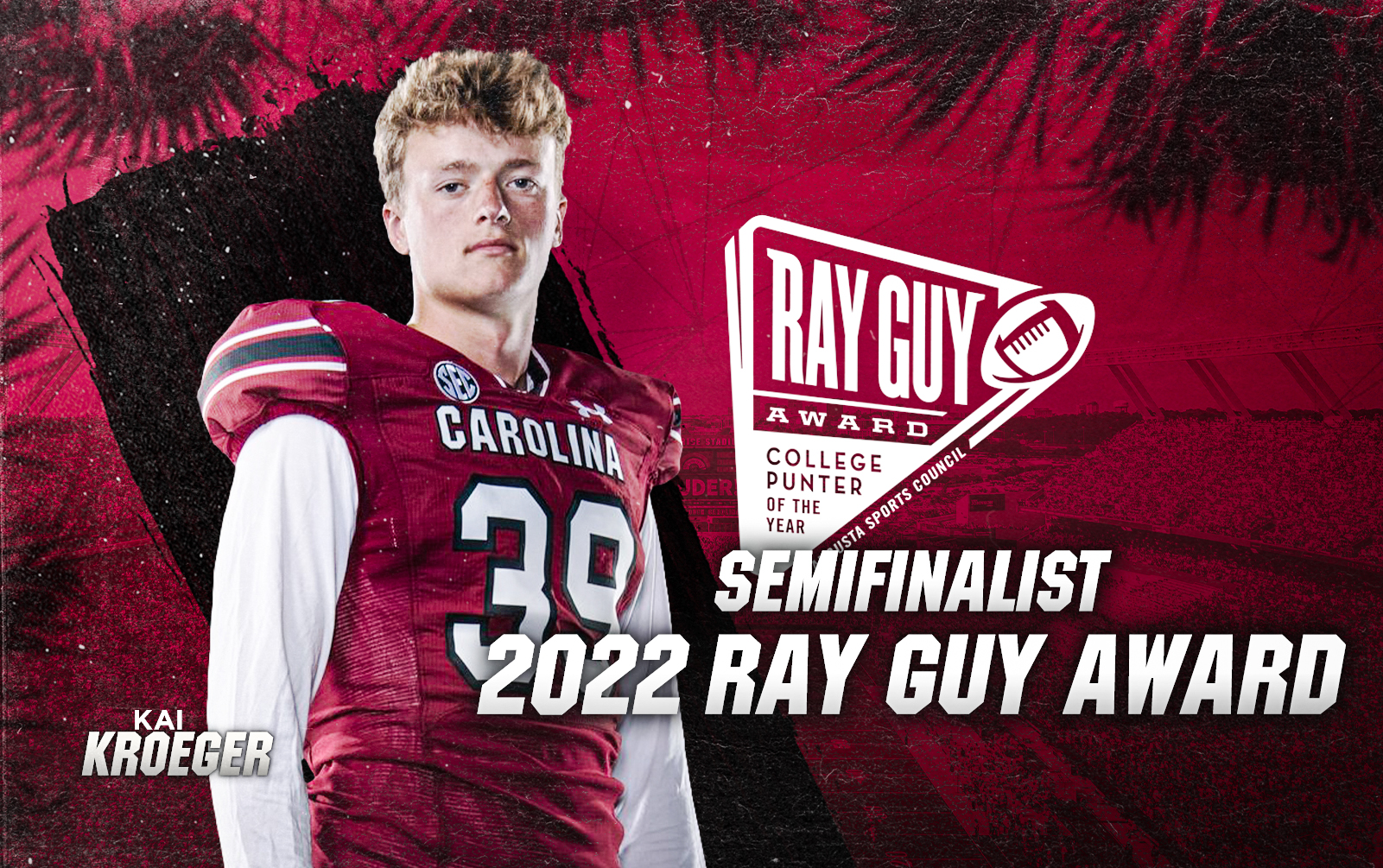 University of South Carolina junior Kai Kroeger is one of 10 semifinalists for the 2022 Ray Guy Award, which recognizes the nation’s top punter, the Augusta Sports Council announced today. The 10 semifinalists were chosen from a field of 81 nominated candidates.

Kroeger, a 6-4, 207-pounder from Lake Forest, Ill., has had an outstanding season. He is averaging 45.8-yards per punt, with a net average of 43.0, ninth in the country. He has 13 punts which have traveled 50 or more yards, including a career-long 79-yarder. Nearly 50 percent (22 of 45) of his punts have been placed inside the opponents’ 20-yard line. He has been named to “Ray’s 8” weekly award list six times this season, was the National Punter of the Week following his efforts against Georgia State in the season opener, and was the SEC’s co-Special Teams Player of the Week for his performance at Vanderbilt. Kroeger has also completed all three of his pass attempts for 84 yards and a touchdown. Kroeger is considered one of the top holders in the nation and also is a member of the Gamecocks’ “hands” team.

The candidates were evaluated by the Ray Guy Award committee on their overall statistics and contribution to the team. Particular emphasis was placed on net punting average, number of times a punt was downed or kicked out-of-bounds inside the opponents 20-yard line, total yardage punted, average returned yardage and percentage of punts not returned. The winner must display team leadership, self-discipline and have a positive impact on the team’s success.

A national voting body of Football Bowl Subdivision (FBS) sports information directors, national media and previous Ray Guy Award winners will decide the three award finalists who will be announced on Tuesday, November 29th. Voters will then vote again to determine the winner who will be announced live on Thursday, December 8th at The Home Depot College Football Awards Show on ESPN.

The Ray Guy Award will provide one additional vote as determined by football fans for the 2022 winner. The Fan Vote will be located on the Ray Guy Award website and is equivalent to one national selection committee member’s vote. The vote will be included for the selection of the winner once the three finalists have been announced.