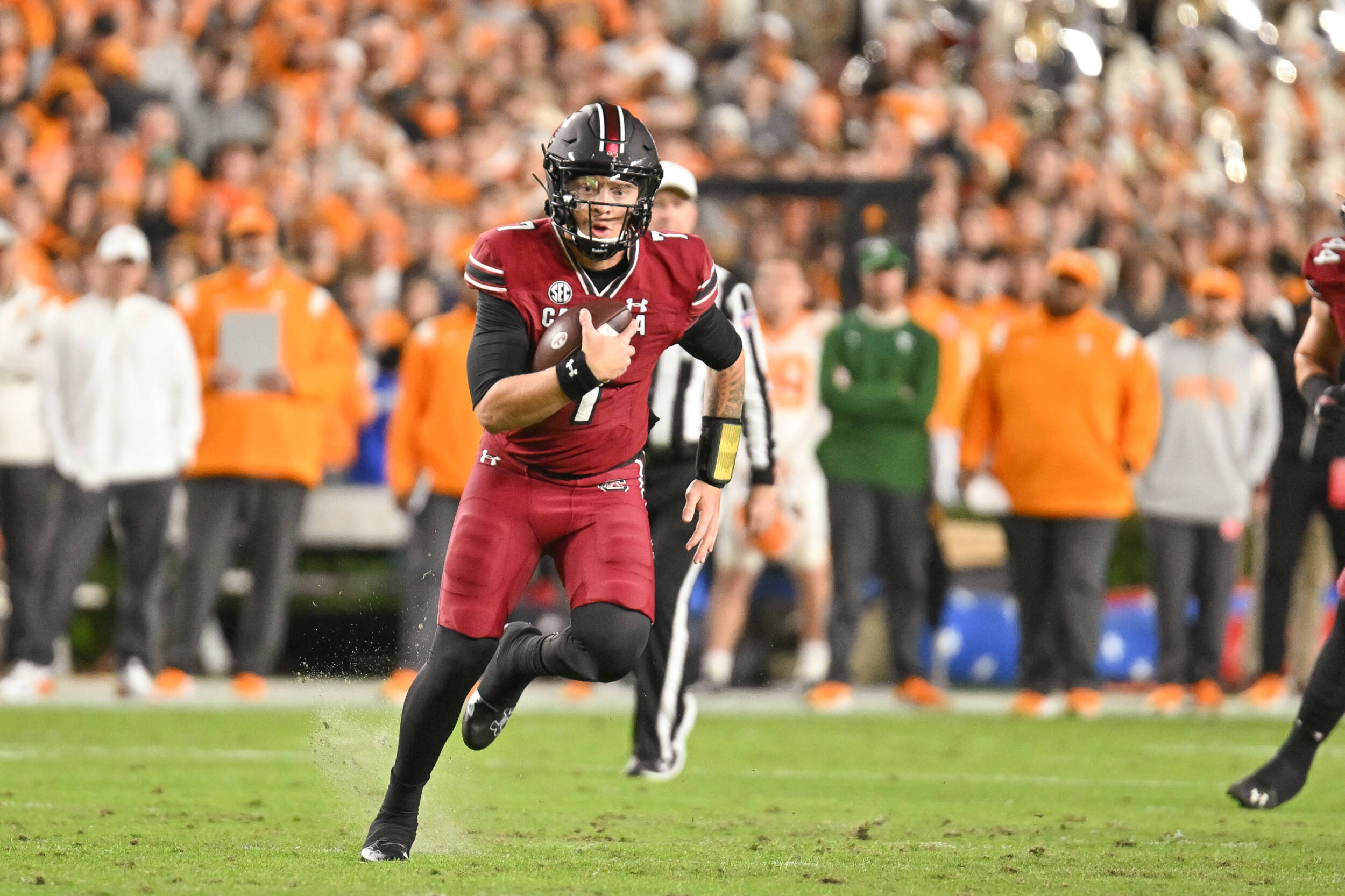 Rattler, a 6-1, 215-pound redshirt junior from Phoenix, Ariz., had arguably the best game by a quarterback in Carolina school history in the win over fifth-ranked Tennessee. Rattler completed 30-of-37 passes for 438 yards and a school-record six touchdowns with no interceptions. The 30 completions, 438 yards and six TDs were all career highs. The 438 yards was the fourth-highest single game mark in school history. Twelve different players had receptions, including a 15-yarder by Rattler from Dakereon Joyner. He was named the Walter Camp National Offensive Player of the Week and the College Football Performance Awards (CFPA) Division I National Performer of the Week and is one of eight quarterbacks named Manning Award Stars of the Week.

Nichols, a 6-5, 322-pound senior from Charlotte, N.C., graded out at 90 percent with no quarterback pressures or sacks in the Gamecocks’ 63-38 win over the Volunteers. The Gamecocks rolled up 606 yards of offense, including 153 on the ground and 453 through the air. Carolina’s 63 points was its second-highest points scored in an SEC; the most by a Carolina team against a top-5 opponent; the most by an unranked team against an AP top-5 opponent in the poll era (since 1936); the most points by an unranked SEC team vs a ranked SEC team ever in regulation; and the most points allowed by Tennessee in an SEC game.

Rattler, Nichols and the Gamecocks (7-4, 4-4 SEC) will travel to the Upstate this week to face No. 7/8 Clemson (10-1, 8-0 ACC) in the annual Palmetto Bowl. Game time is set for noon ET and the contest will be televised nationally on ABC.