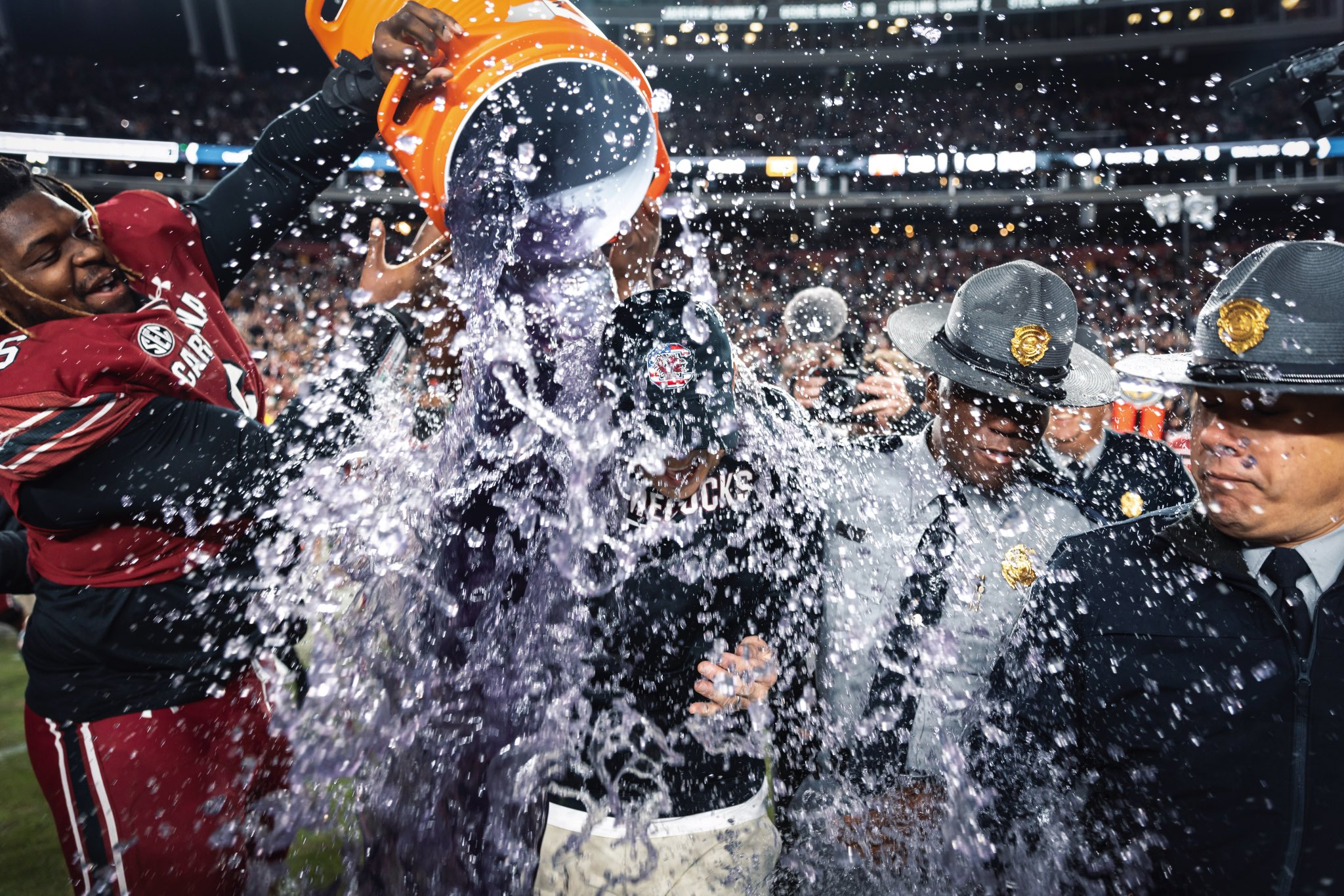 Officials from the Bobby Dodd Coach of the Year Foundation and Chick-fil-A Peach Bowl today announced that South Carolina head football coach Shane Beamer has been selected as The Dodd Trophy Coach of the Week presented by PNC for a second time this season.

The Dodd Trophy Coach of the Week award honors a football coach who led his team to a significant victory during the previous week, while also embodying the award’s three pillars of scholarship, leadership and integrity.

In his second year with the South Carolina football program, Shane Beamer captured his second victory over a ranked opponent Saturday, after dominating No. 5 Tennessee 63-38 in Columbia. The win marks the first time in a decade that South Carolina defeated a top-5 team at home, last beating No. 5 Georgia 35-7 in 2012. Quarterback Spencer Rattler’s career day fueled the team offensively, as the junior finished with 438 yards and six touchdowns. South Carolina’s 606 yards of offense are the most by an unranked team against an AP top-5 opponent in the poll era.

Earlier this season, Beamer was also named The Dodd Trophy Coach of the Week when the Gamecocks traveled to then No. 13 Kentucky and upset the Wildcats 24-14.

“In only his second season at South Carolina, Coach Beamer has given the program new life after multiple wins over ranked teams,” said Jim Terry, chairman of the Bobby Dodd Coach of the Year Foundation. “He had his Gamecocks prepared to not only pull off the upset, but to do so in dominating fashion, which is something that Coach Dodd would have applauded.”

Beamer was named the head coach of the Gamecocks in December 2020, after serving as an assistant coach at the University of Oklahoma from 2018-20. He also coached alongside Steve Spurrier from 2007-2010 in various assistant coaching positions, before joining his father Frank at Virginia Tech for four seasons. Beamer is coming off a 7-6 record during his first season as a head coach, leading South Carolina to its first Bowl game since the 2018 season.

Off the field, Beamer has committed himself to numerous charitable initiatives supporting elementary schools and students in the counties surrounding South Carolina’s campus. He and his wife, Emily, launched the Beamer Family Foundation, which works alongside elementary schools in the Richland County area under the YOU CAN initiative. These schools receive school supplies, funding, university student volunteer help and much more as a part of the initiative launched by the Beamers.

Beamer recently competed in the 2022 Peach Bowl Challenge charity golf tournament this past year where he raised $17,500 for the foundation. He has also worked alongside the South Carolina Coaches for Charity, which raises money for charitable organizations with support from local coaches.

In the classroom, Beamer’s student-athletes recorded an impressive 990 Academic Progress Rate in 2021, the sixth-highest mark in the FBS, while also posting an 89 Graduation Success Rate.

“Coach Beamer in only two short seasons has had a tremendous impact on the South Carolina Gamecocks program and his players, both on and off the field,” said Peach Bowl, Inc. CEO Gary Stokan. “This is the second week he has been named The Dodd Trophy Coach of the Week due to his commitment to the Dodd tenants of scholarship, leadership and integrity.”

The Dodd Trophy presented by PNC– along with the Dodd Trophy Coach of the Week Award – celebrates the head coach of a FBS team who enjoys success on the gridiron, while also stressing the importance of scholarship, leadership and integrity.

A panel consisting of all previous winners, national media, a member of the Dodd family and a College Football Hall of Fame member will identify the final list of potential recipients at the conclusion of the 2022 season. The winner of the 2022 Dodd Trophy will be announced in Atlanta during the week of the College Football Playoff Semifinal at the Chick-fil-A Peach Bowl.