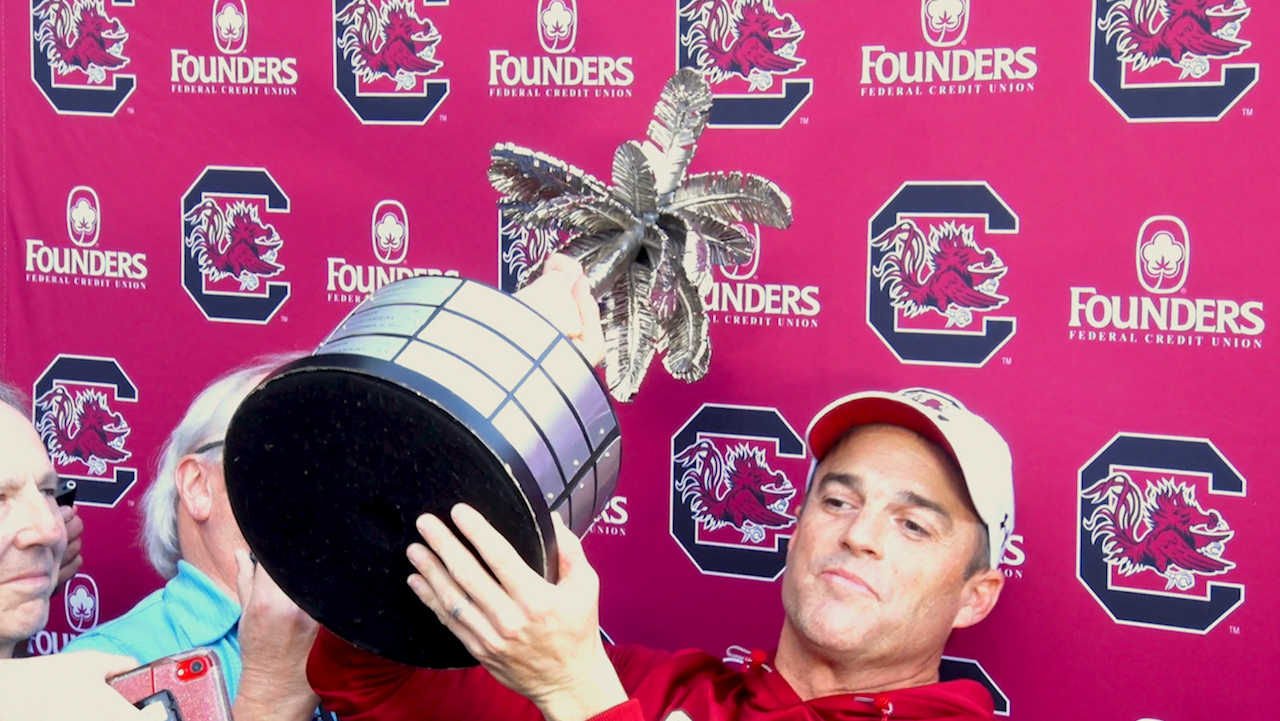 Gamecocks Ranked 20th in Both Polls

Following back-to-back wins over top-10 teams, the South Carolina Gamecocks are ranked 20th this week in both the Associated Press and AFCA Coaches poll.

This marks the second time that Carolina has been ranked this season. They checked in at No. 25 after the Texas A&M win, but fell out of the rankings the following week after a loss to Missouri.

The No. 20 ranking is the highest the Gamecocks have been since they were 3-1 and ranked 13th by the A.P. on Sept. 21, 2014. It’s also the highest they’ve been ranked this late in the season since they finished the 2013 campaign ranked No. 4 in the country after posting their third-straight 11-2 season.

The Gamecocks have knocked off a pair of top-10 teams in the last two weeks, logging a 63-38 win over No. 5 Tennessee before getting past No. 7 Clemson on the road, 31-30. It was the first time in school history that Carolina defeated top-10 teams in back-to-back games.

The Gamecocks will find out their bowl destination and opponent on Sunday, Dec. 4.