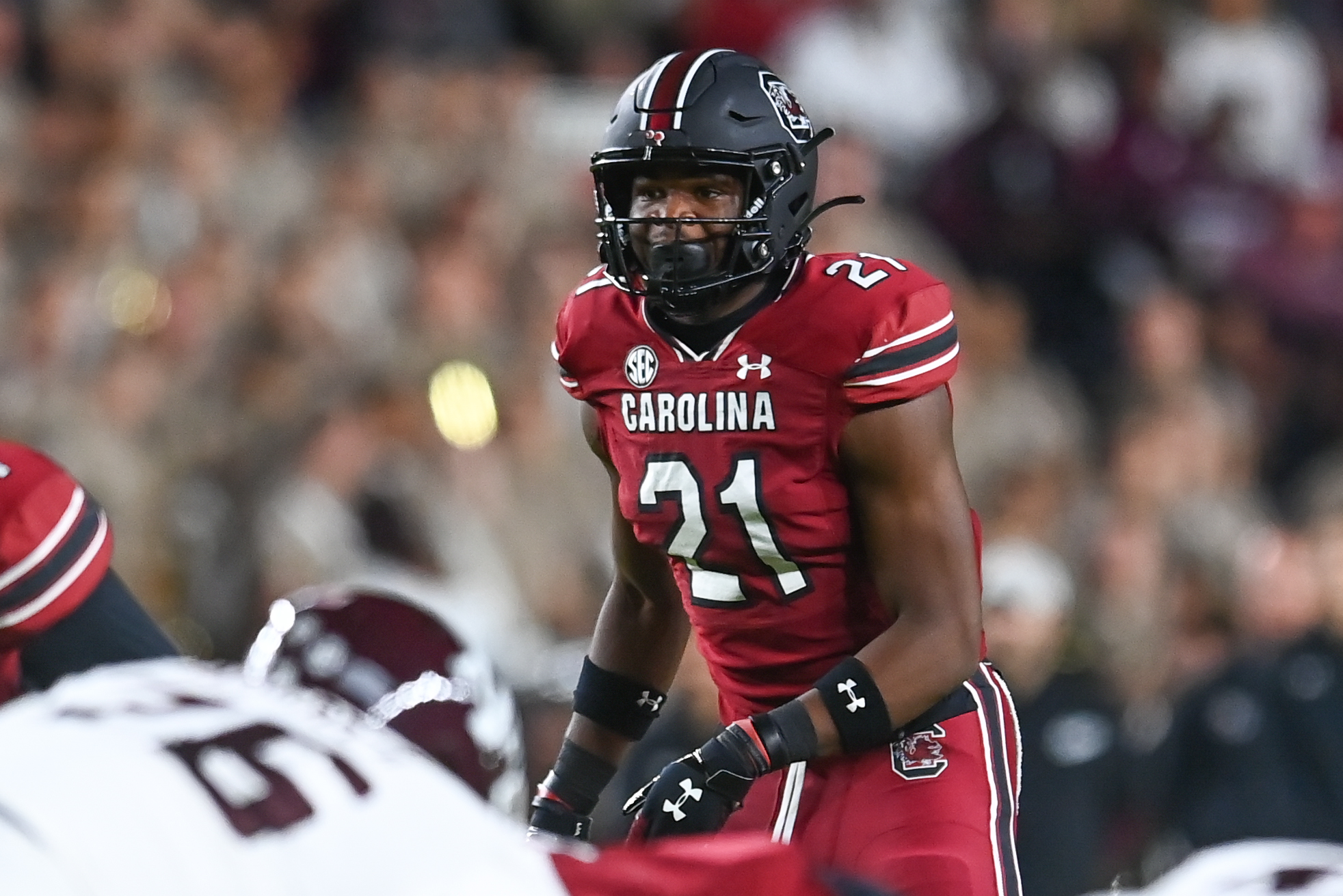 Five members of the University of South Carolina football team have been recognized for their outstanding play during the 2022 football season by ProFootballFocus (PFF).

Defensive back Nick Emmanwori was named to PFF’s True Freshman All-America team. The 6-4, 218-pounder from Irmo, S.C., leads the Gamecocks in tackles with 78. He is tied for 16th in the SEC with 6.5 tackles per game while tying for the league-lead with 59 solo tackles, the top mark among true freshmen in the country.

Wide receiver Antwane “Juice” Wells, Jr. was named to the first-team All-SEC unit by PFF. The 6-1, 207-pound junior from Richmond, Va., leads the Gamecocks with 63 receptions for 898 yards and six touchdowns. He ranks second in the SEC in receiving yards per game at 74.8 and is third in receptions per game at 5.25. He also has cracked the school’s all-time single-season list in both receptions and receiving yards, ranking 10th in both categories.

Punter Kai Kroeger was named to the second-team All-SEC squad by PFF. A semifinalist for the Ray Guy Award, the 6-4, 207-pound junior from Lake Forest, Ill., has averaged 46.8-yards per punt, tops in the SEC, second in the country and the second-best mark in school history. Of his 52 punts, 17 traveled 50 or more yards, including a long of 79, the third-longest in FBS in 2022. Twenty-seven of his punts (52 percent) were spotted inside the 20-yard line.

Tight end Jaheim Bell and defensive lineman Tonka Hemingway were selected to PFF’s All-SEC third team. Bell, a 6-3, 232-pound junior from Lake City, Fla., was a do-it-all-performer for the Gamecocks in 2022. He caught 25 passes for 231 yards and two touchdowns and rushed 73 times for 261 yards and three scores. Hemingway, a 6-3, 295-pound junior from Conway, S.C., recorded 29 tackles in 12 games, including 7.0 tackles for loss and a team-high 4.0 sacks. He also recovered a pair of fumbles and logged four quarterback hurries.

The Gamecocks finished the 2022 regular season with an 8-4 record overall, including a 4-4 mark in SEC play. They are ranked 19th in the College Football Playoff Rankings and 20th in both the Associated Press and AFCA Coaches poll. They await their bowl destination and opponent, which will be announced on Sunday, Dec. 4.