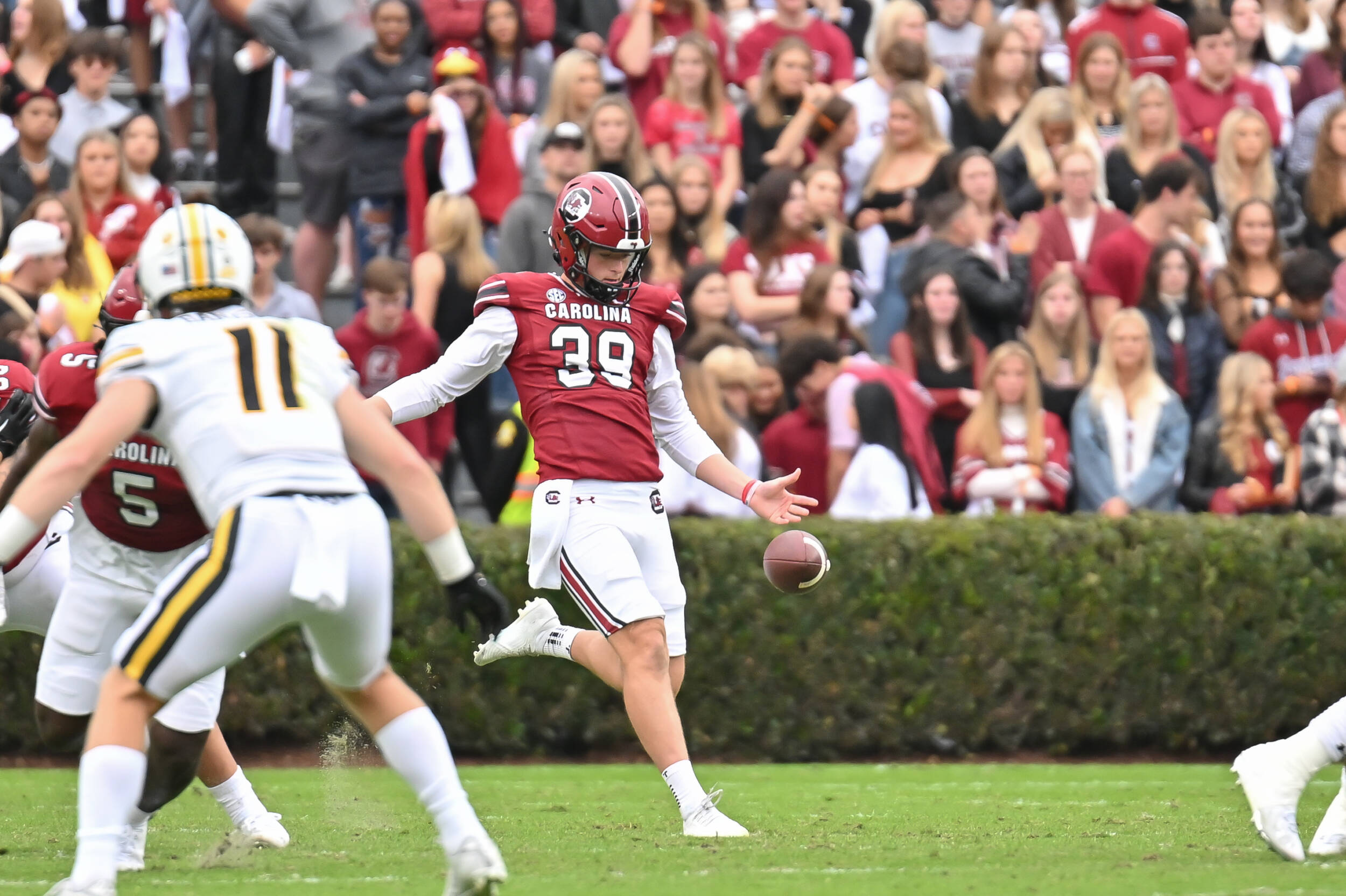 Kroeger and Wells Named All-SEC by the Associated Press

Kroeger, 6-4, 207-pound junior from Lake Forest, Ill., was a semifinalist for the Ray Guy Award. He averaged 46.8-yards per punt, tops in the SEC, second in the country and the second-best mark in school history. Of his 52 punts, 17 traveled 50 or more yards, including a long of 79, the third-longest in FBS in 2022. Twenty-seven of his punts (52 percent) were spotted inside the 20-yard line.

Wells, a 6-1, 207-pound junior from Richmond, Va., leads the Gamecocks with 63 receptions for 898 yards and six touchdowns. He ranks second in the SEC in receiving yards per game at 74.8 and is third in receptions per game at 5.25. He also has cracked the school’s all-time single-season list in both receptions and receiving yards, ranking 10th in both categories.

The voting was conducted among a panel of 15 sports writers and broadcasters covering the league.

The AP’s 2022 All-SEC selections can be found here.