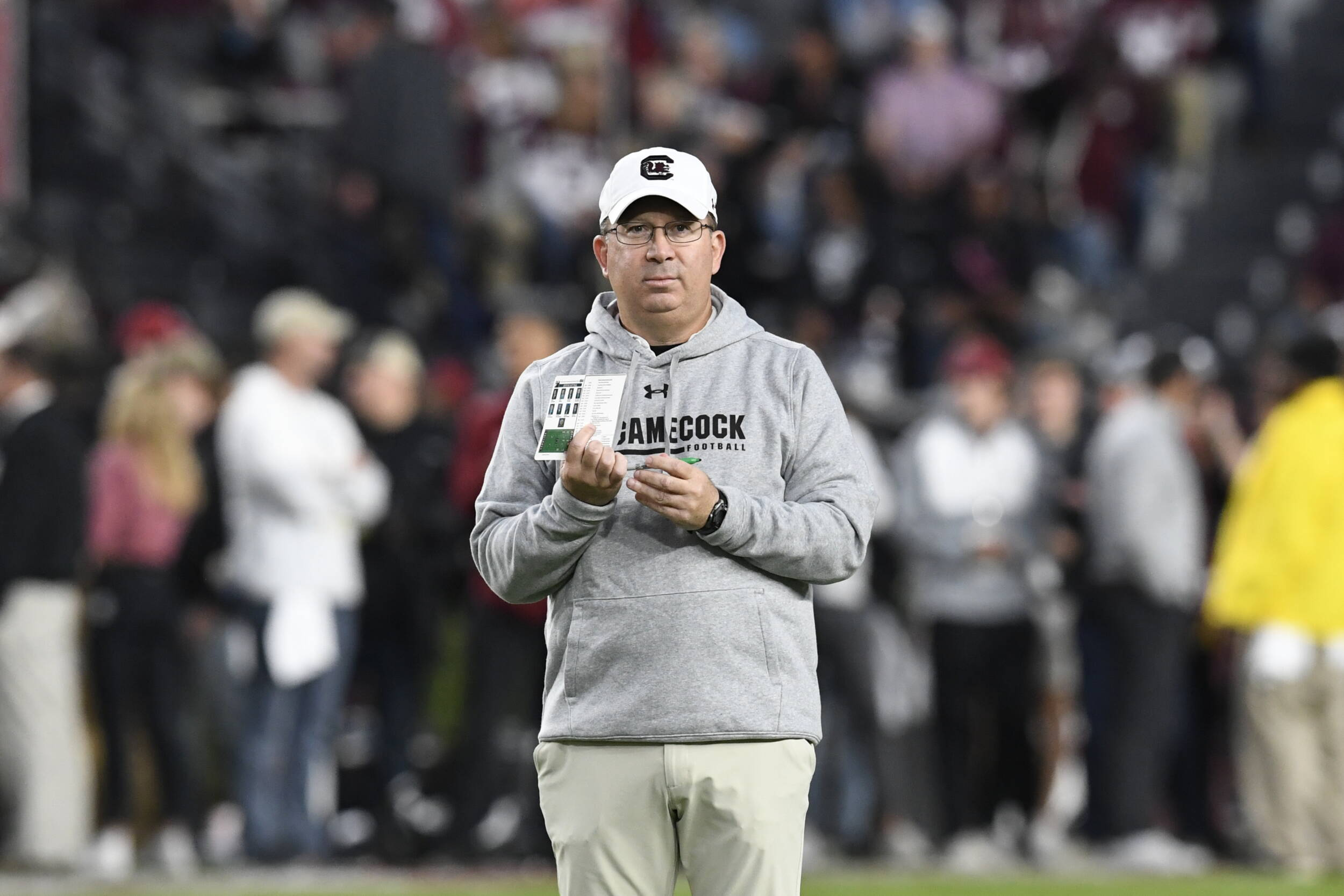 University of South Carolina’s Pete Lembo is one of three finalists for the Special Teams Coach of the Year award as selected by FootballScoop, it was announced today.

Lembo, who earlier this year was named a semifinalist for the Broyles Award which recognizes the nation’s top assistant coach, has the Gamecocks ranked first in the nation in ESPN’s special teams efficiency rating. Carolina finished the regular season ranked tied for second in the nation in blocked punts (5), tied for third in blocked kicks (6), third in punt returns (18.33), fifth in net punting (43.27), sixth in kickoff returns (25.05), 23rd in opponent kickoff returns (17.22), and 31st in opponent punt returns (4.47).

Individually, punter Kai Kroeger earned All-America honors after ranking second in the nation in punting average (46.8), while placekicker Mitch Jeter was a perfect 10-for-10 in field goal opportunities.

The other two finalists vying for the Special Teams Coach of the Year Award are Brian Mason from Notre Dame and Keith Murphy from Central Michigan. Lembo and Mason will square off in Friday’s TaxSlayer Gator Bowl.

The only coaching awards program where winners are selected by their fellow coaches, the FootballScoop Coach of the Year program celebrates its 15th season this fall. Coaches must be nominated by a fellow coach to be eligible for the award, and each category’s winner is selected by prior winners of that category.

The FootballScoop Coach of the Year program honors excellence in performance and character at every on-the-field position and key off-the-field posts in FBS, as well as coordinators at the FCS, Division II, Division III and NAIA levels.