Vaughan Does It All For the Love of the Game

Rachel Vaughan isn’t done with softball yet, but she is already giving back to the game. The fifth-year senior pitcher from Senoia, Georgia, somehow finds time to coach an under-14 travel softball team, while also giving private pitching lessons with a large client list of youngsters. She’s also working on her master’s degree and of course, practicing and playing for the Gamecocks.

“I eat, sleep, and breathe softball,” said Vaughan, who went 4-1 in the circle last year and led the Gamecocks with a 2.96 earned run average. “I like the idea of giving back, and there’s the development piece of it, too, with young athletes that want to be in the position that me and my teammates are in. It’s about trying to be that role model for them and giving them the opportunity and encouragement to chase their dreams.

“With this year being the last year to put my cleats on as a player, I was trying to find that outlet within the game and not have that identity crisis that a lot of athletes go through, especially female athletes, when they’re done playing. If I didn’t have this fifth year to play, and hadn’t gotten into coaching, I probably would have gotten into a headspace that I don’t want to think about. I would be so lost.”

Vaughan may not be giving herself enough credit. She already has her degree in sport and entertainment management and is currently working on her master’s degree in special education. She also serves an important role for the Gamecocks, not only as a veteran pitcher, but also as the “mother hen” for the team.

“I guess I kind of keep the peace and keep the positivity,” Vaughan said of her role. “There are so many personalities on the team. I just keep everyone calm. It just kind of happened. It seems to be easy for people to come to me with any problems that they’re having on or off the field. I guess I see things from different perspectives and don’t put any kind of judgement on anybody. I like to listen and have people talk without me necessarily feeling like I have to talk back. When I notice someone is off, I just try to let them know that I’m there for them if they want to talk.” 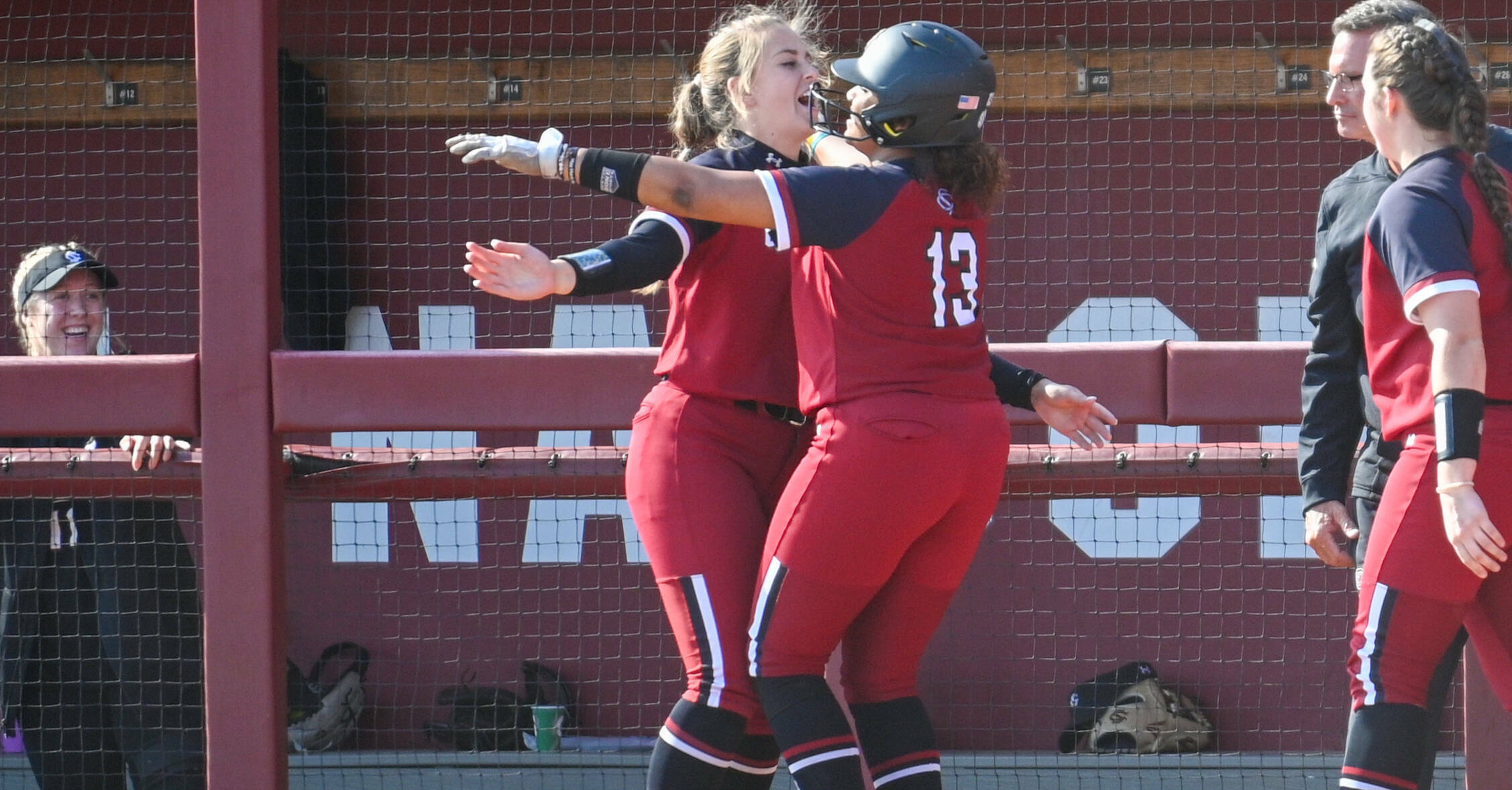 Vaughan’s master’s program is online, so that makes it a little easier to schedule the lessons when she’s not practicing with the Gamecocks.

“I’m to the point where I have a wait-list,” said Vaughan, who is interested in perhaps coaching at the high school level in the future. “I have about fifty people on my contact list, and I get referred to someone else on a weekly basis. It’s stressful, but it’s a good problem to have.”

Over the summer, she took on the role of head coach for a local travel softball team.

“It’s an outlet that allows me to be part of the game,” Vaughan said. “I find it a lot more fun than actually playing the game, which is weird for me to say. I get more nervous coaching than I’ve ever been on the mound. With me coaching and giving these lessons, I’m telling these girls all the things I need to be telling myself. It all comes full-circle, and I need to stop putting so much stress on myself. I need to remember that it’s just a game, and I need to have fun with it.”

While she’s teaching future generations about the game she loves, she’s also learning from them.

“My main goal this year is to have fun and put everything I can into everything I do,” Vaughan said. “Then, whatever happens, happens. I want to play like I’m eight years old. When I’m around these kids, they don’t have a care in the world. They’re just excited to be out there on the field. I want to have that mindset that this is fun to do, and I get to do it for one more year!”