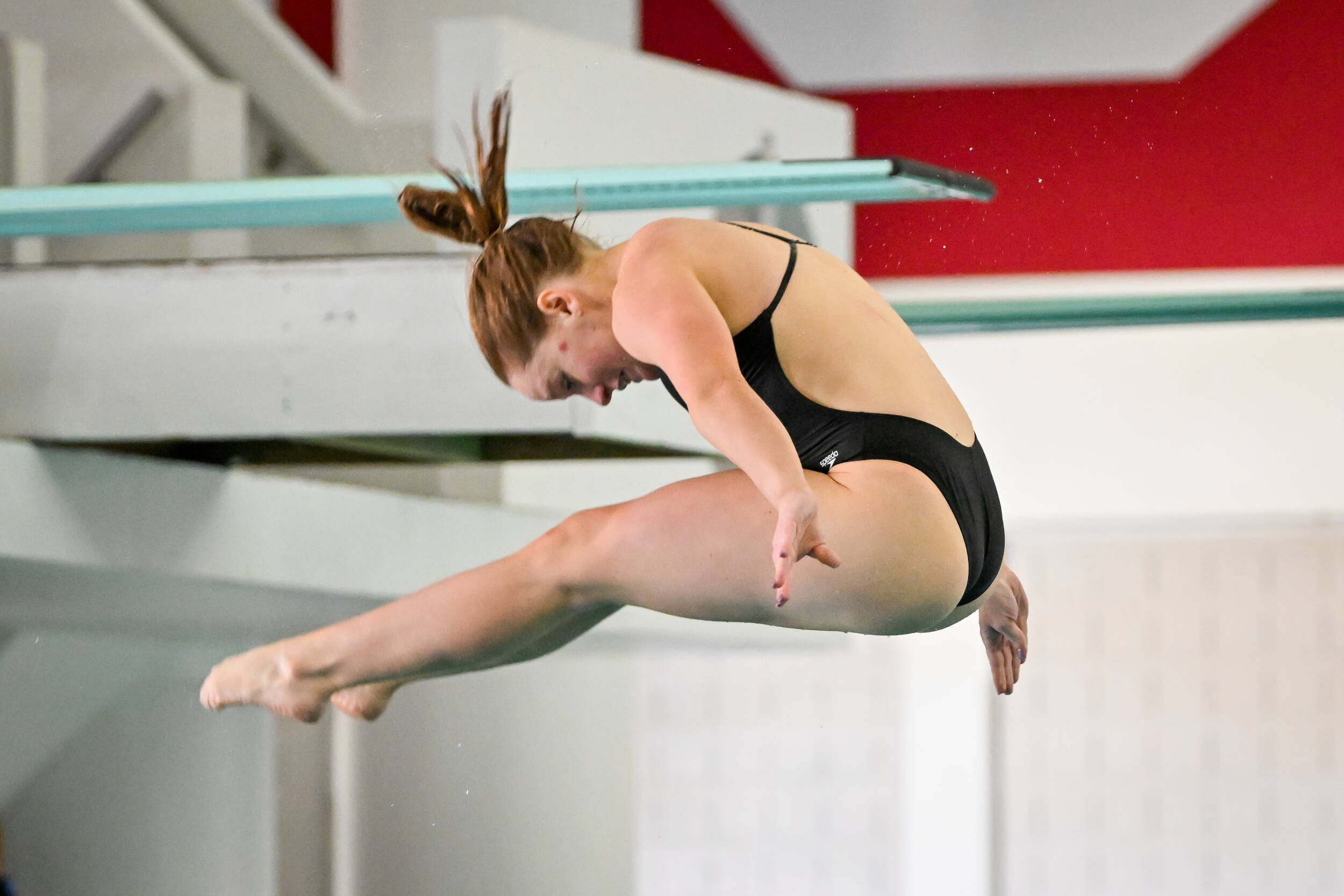 Columbia, S.C. – South Carolina’s divers swept the Davidson Wildcats on Saturday in their final home event of the season. Four Gamecocks picked up wins in each of the four events. The most notable win of the day came from graduate Brooke Schultz who set a new school record in the women’s 1-meter event.

Schultz, a native of Fayetteville, Arkansas, cemented her name in the record books, scoring a 370.58 for the new record. The previous record of 365.75 was set in 2018 by South African Olympian Julia Vincent during the SC College Invitational. Schultz’s previous career-high in the event was a 352.88 that she scored during the season opener versus Army.

The Gamecock women swept the podium of the 1-meter event with Schultz in first followed by sophomores Sophie Verzyl and Blair Isenhour in second and third. Senior Josie Matalone placed fifth in the event. Verzyl and Matalone both achieved new personal best scores on the day.

Verzyl then went on to set another new personal best on the 3-meter springboard to win the event. Her score of 402.90 was a new personal best by an astonishing 47.32 points. Her previous career high was a 355.58 achieved at the dual versus Army.

South Carolina again claimed the top three finishes with Verzyl being followed by Schultz and Isenhour. Isenhour also achieved a new personal best with her score of 326.55, 21.3 points above her previous high score.

South Carolina’s divers will be in action next at the SEC Championships, Feb. 14-18 in College Station, Texas. The swimmers will spend time at the Virginia Tech Invitational Feb. 3-5 before their appearance at the conference championships.