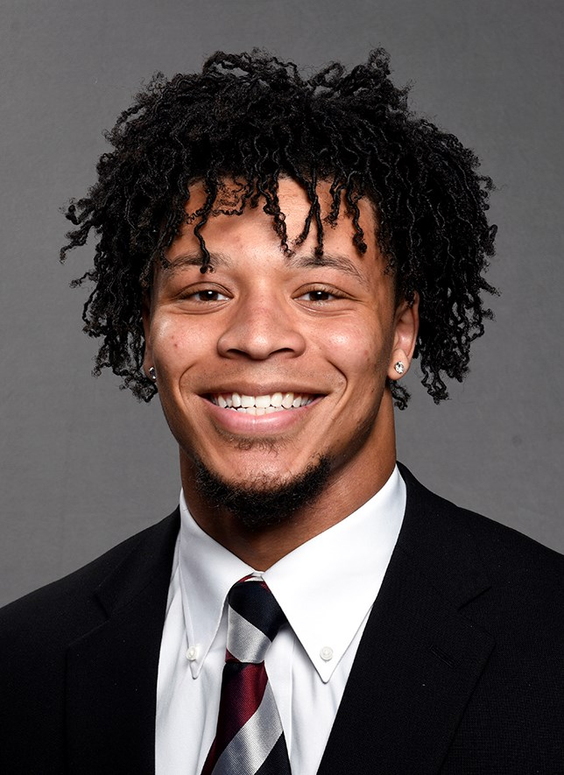 “Super Senior” who returns for his sixth year with the program… looks to get back on the field more consistently in 2022 after being hampered by a pair of ACL injuries, both of which occurred during spring drills… tore his left ACL in 2018 spring camp and tore his right ACL during the spring of 2020… has appeared in 27 games over the past five seasons with seven receptions for 76 yards.

2021 (Redshirt Senior)
Fifth-year senior who made brief appearances in four contests… saw action against Kentucky, Troy, Vanderbilt and Texas A&M… did not record any statistics.

2020 (Redshirt Junior)
Redshirt junior wide receiver who suffered a torn ACL to his right knee in a non-contact injury during spring practice and missed the entire season.

2019 (Redshirt Sophomore)
Saw action in nine games… caught four passes for 56 yards… did not play in three of the first four games… caught his first pass of the season against Appalachian State… had his best game with three catches for 45 yards, including a season-long 20-yard reception, at Texas A&M… also used on special teams.

2018 (Sophomore)
Suffered a torn ACL in his left knee during spring camp on March 3 and underwent surgery… returned to the field to see action in four contests… played in the Texas A&M game, then in the final three games of the season – Clemson, Akron and Virginia primarily on special teams… redshirted.

2017 (Freshman)
True freshman wide receiver who played in 10 contests… caught three passes for 20 yards… had one reception each against Kentucky, Louisiana Tech and Tennessee… missed the Vanderbilt and Georgia games with injury… also did not play against Clemson… named to the First-Year SEC Academic Honor Roll.