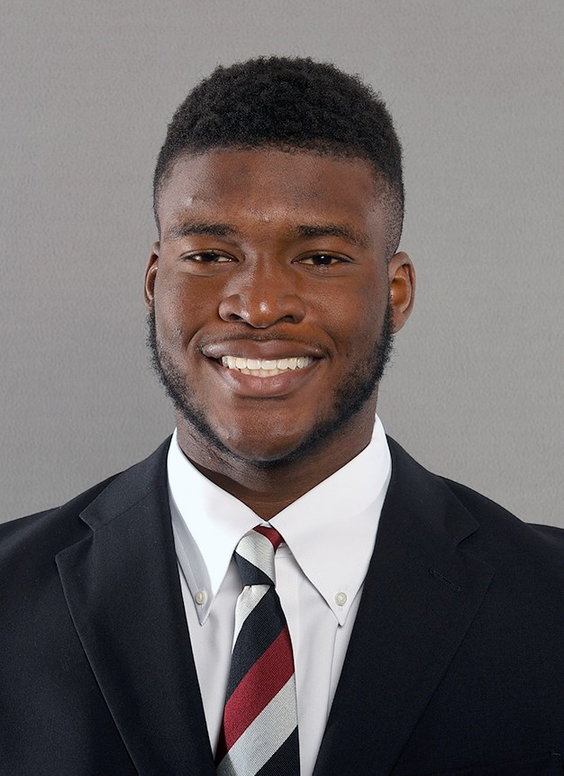 Fifth-year wide receiver who hopes to be back to full speed after dealing with a knee injury and COVID concerns… provides a big target when he’s fully healthy… has appeared in 24 games including 11 starts… owns 42 career receptions for 420 yards and four touchdowns, with 30 of the catches coming in 2017 as a true freshman.

Fourth-year player who opted out of the 2020 season due to COVID concerns.

Redshirt sophomore wide receiver who played in nine games including one start… was limited in the spring and some in the fall as he continued to work his way back from knee surgery… caught nine passes for 69 yards and a touchdown… did not play in the opener… had two catches for 28 yards against Charleston Southern… had a pair of receptions for 14 yards versus Alabama… had two catches including a four-yard TD against Florida… made his lone start of the season against Clemson.

Played in just two games before succumbing to a lingering knee issue that required surgery… caught three passes for 25 yards… had an 11-yard reception in the opener against Coastal Carolina, then logged two receptions for 14 yards against Georgia… took a medical redshirt.

True freshman who enrolled at South Carolina in January… was limited in some contact drills throughout much of the spring while continuing to rehab from an ankle injury suffered in high school… appeared in all 13 games making 10 starts… ranked third on the team with 30 catches… averaged 10.9 yards per catch with three touchdowns… caught at least three passes in eight of the last nine games… ranked fourth among freshmen in the SEC with 2.3 catches per game and sixth with 25.1 receiving yards per game… caught his first career pass against Kentucky, a nine-yard touchdown… made his first career start vs. Louisiana Tech and caught two passes for 36 yards, including a 28-yard scoring strike in the fourth quarter… hauled in three passes for 28 yards at Texas A&M, including a touchdown reception for the third-consecutive game… posted identical lines of three catches for 40 yards in the Arkansas and Tennessee wins… led Carolina with five catches for 60 yards in the win over Florida.

PERSONAL
OrTre A. Smith was born Sept. 11, 1998… graduated in December 2020 with a degree in experimental psychology… mother, Tashia Greene, played volleyball at Clemson from 1989-90.