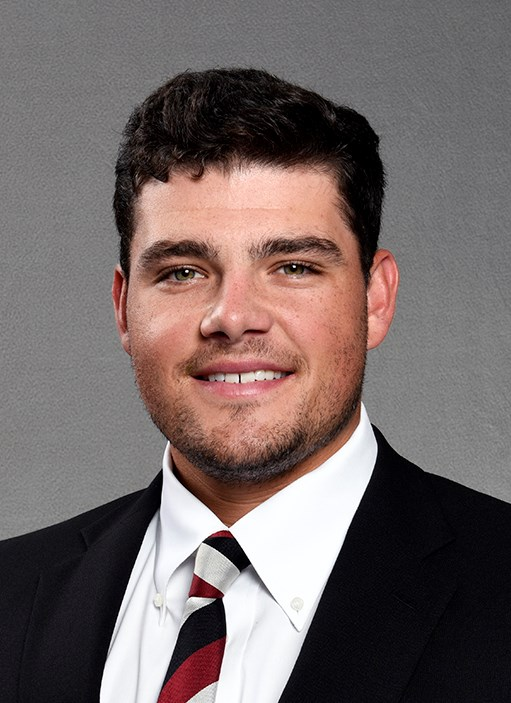 Joined the Gamecock squad in late May as a graduate assistant for offense… was activated to the playing roster midway through fall camp, using his final (sixth) year of eligibility… began his collegiate career at Iowa State and later transferred to North Dakota State.

2020 (Redshirt Senior)
Played in seven games, all starts for North Dakota State, as the Bison competed in the spring of 2021 at the FCS level… did not play in the season opener, then was the starter for the next seven contests, posting a 5-2 mark, including wins over No. 22 Illinois State, No. 2 North Dakota and No. 21 Northern Iowa… completed 51-of-100 passes with five touchdowns and six interceptions… also rushed 16 times for 19 yards with a score… led the team with 740 yards of total offense.

2019 (Redshirt Junior)
Transferred into the Bison program for spring semester after three seasons at Iowa State… competed for the starting quarterback job into fall camp with Trey Lance and Noah Sanders… served as the No. 2 quarterback all season behind Lance… appeared in eight games… completed 9-of-14 passes for 120 yards and one touchdown… named to the Missouri Valley Football Conference Honor Roll.

2018 (Redshirt Sophomore)
Played in five games for Iowa State… passed for 360 yards and two touchdowns in a loss to fifth-ranked Oklahoma… passed for 233 yards and one TD in a win over Akron… combined to go 70-for-110 for 722 yards and four touchdowns.

2017 (Redshirt Freshman)
Played in four games for Iowa State including one start… completed 36 of 66 passes for 533 yards and two TDs.

2016 (Freshman)
Sat out the season as a redshirt at Iowa State.

HIGH SCHOOL
2016 graduate of Oconee County High School, where he was coached by his father, Travis Noland… two-time all-region pick… Region 8AAA Player of the Year as a senior… passed for 1,627 yards and 17 touchdowns completing 79 of 169 passes… led his team to a 9-3 record and the Region 8AAA championship, its first regional title since 2004… as a junior, completed 107 of 193 passes for 1,966 yards and 14 TDs and rushed for six scores.

PERSONAL
Zebuliah Noland was born Aug. 16, 1997… graduated from NDSU in December 2019 with a degree in university studies… father, Travis, is played quarterback at Appalachian State and is a high school coach in Georgia.