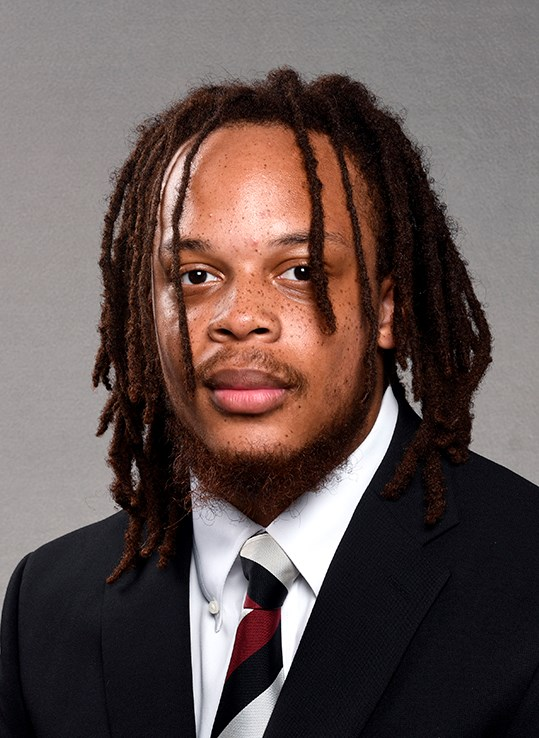 Graduate transfer from Division II Assumption University in Worchester, Mass., a member of the Northeast-10 Conference, who played one season with the Gamecocks… had some position flexibility from a corner/nickel standpoint.

Grad transfer who played in 12 games making seven starts at the nickel position… did not play in the Troy game… selected by the Carolina coaches as one of four Overcoming Adversity Award winners… credited with 21 tackles, including 2.5 tackles for loss and a sack against Tennessee… made a season-high four stops on two occasions – versus Kentucky and at Texas A&M… registered a pair of pass breakups, both against Auburn… forced a pair of fumbles, both coming against Kentucky.

Sat out the 2020 season as Assumption did not compete due to COVID-19.

Named to the NE10 all-conference first-team… appeared in 10 games for the Greyhounds… recorded 21 tackles with two interceptions, one sack and one fumble recovery… had three punt returns for 14 yards… the Hounds posted a 6-4 mark, including a 5-3 conference record.

Appeared in 10 games where he recorded 26 total tackles and two interceptions… credited with six pass breakups… had his best game against New Haven where he recorded five tackles… the Greyhounds went 6-4 under first-year head coach Andy McKenzie, including a 6-3 mark in the NE10.

Named to the NE10 All-Rookie team… appeared in 13 games in which he recorded 41 tackles, one forced fumble and three interceptions… had eight pass breakups…had his best game against Findlay where he had five tackles and a 72-yard interception return for a touchdown.

Played football and ran track at Everett (Mass.) High School, graduating in 2017… played in the MIAA Division 1 Championship against Xaverian… named first-team all-state in 2016… led the team in interceptions with six.