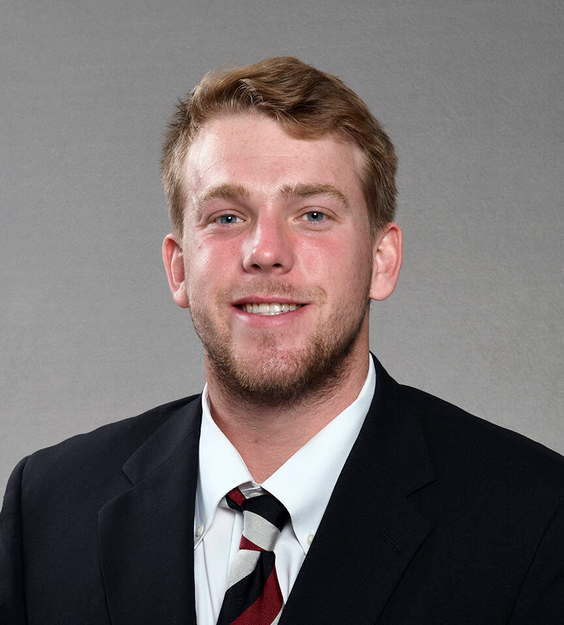 Tight end who transferred after graduating from Oklahoma… joined the squad for the fall… big, athletic, smart and versatile performer who has played a lot of winning football… pegged as a pre-season fourth-team All-SEC selection by Phil Steele… played tight end/H-Back for three years at OU under head coach Lincoln Riley… appeared in 34 games, making 10 starts… caught 47 passes for 654 yards (13.9 yards per reception)… hauled in eight touchdowns… set career highs in receptions with six against Texas in 2020; in yards with 83 versus Kansas State in 2020 and in touchdowns with two at Baylor in 2019.

2020 (Sophomore)
A second-team All-Big 12 selection by AP… an Academic All-Big 12 First Team honoree… played in eight games and made four starts… missed last two regular season contests and Big 12 Championship vs. No. 8 Iowa State due to injury… ranked third on team with 26 receptions and 422 receiving yards (16.2 average)… recorded three touchdown receptions… had one catch for 12 yards in Cotton Bowl win over No. 10 Florida… caught three passes for 75 yards and a touchdown vs. Kansas… logged three receptions for 77 yards and a score at Texas Tech, including a career-long 41-yarder… made six catches for 56 yards with a touchdown reception in first overtime vs. No. 22 Texas… tallied 74 yards on five catches at Iowa State… registered a career-high 83 yards on five receptions vs. Kansas State.

2019 (Freshman)
Played in all 14 games… made seven catches for 66 yards and two touchdowns… had one reception for 12 yards vs. No. 1 LSU in CFP Semifinal at the Peach Bowl… caught one pass for 12 yards in Big 12 Championship vs. No. 8 Baylor… registered lone career touchdowns (5 and 3 yards) to help Sooners overcome 28-3 deficit in 34-31 victory at No. 12 Baylor… caught a season-long 19-yarder vs. Texas Tech… had two catches for 15 yards against South Dakota.

Austin Stogner was born January 12, 2000… earned a marketing degree from Oklahoma… is enrolled in the Business Administration master’s program at South Carolina.