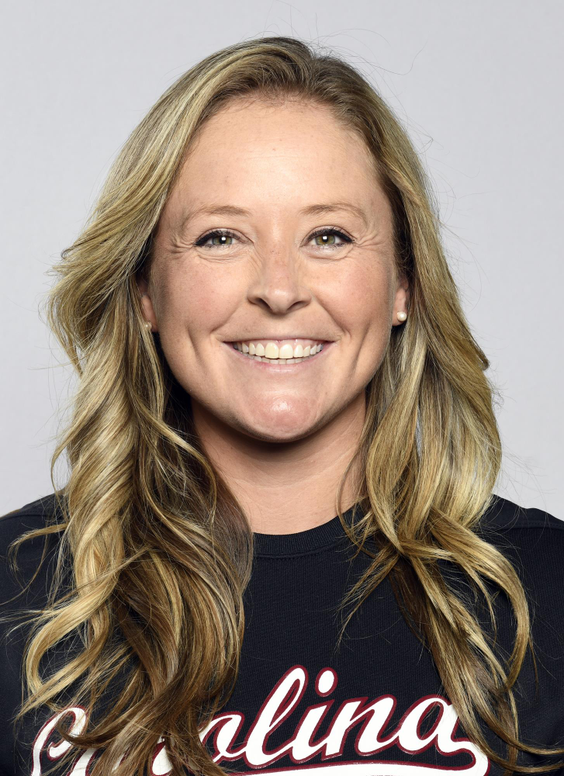 Kaela Jackson, one of the brightest young minds in college softball, joined South Carolina as an assistant coach for the 2019 season. Jackson, a South Carolina alumna, joins the Carolina staff after three successful years at Michigan State and will primarily work with the Gamecock hitters.

While at Michigan State, she notably tutored All-American Lea Foerster three of her four years at MSU where she established single season records in runs (190), doubles (75) and extra base hits (118). She also notably assisted Kaitlyn Eveland to a .403 batting average in 2017 as she became just the fifth athlete at MSU to hit .400 in a season.

Jackson started her collegiate coaching career as a volunteer assistant at South Carolina, where she coached first base in all competitions and managed infield practice and strategy with associate head coach Lisa Navas among numerous other responsibilities. In 2015, serving as the volunteer assistant, Jackson helped the Gamecocks to 38 wins (10 of which came in SEC play) as the Gamecocks reached the Tallahassee Regional.

Prior to her role as volunteer assistant, she served as a graduate manager for the Gamecocks.
During her time as graduate manager, Jackson earned a M.S. degree in exercise science after she earned a B.S. degree in Psychology from Carolina. Jackson also earned an associate’s degree in 2010 at Chattanooga State Community College.

As a student athlete, she started her career at CSCC, where she was an NJCAA All-American in 2010. During the 2010 season, she helped lead the Tigers to an NJCAA World Series appearance, finished fourth in the country in homers and was named team captain.

Jackson later transferred to South Carolina, where she was a two-time SEC Academic Honor Roll member and was named a team captain in 2012. A native of Morristown, Tenn., she played 26 games for Smith as the designated player in 2012 on her way to earning Capital One Academic All-District honors.