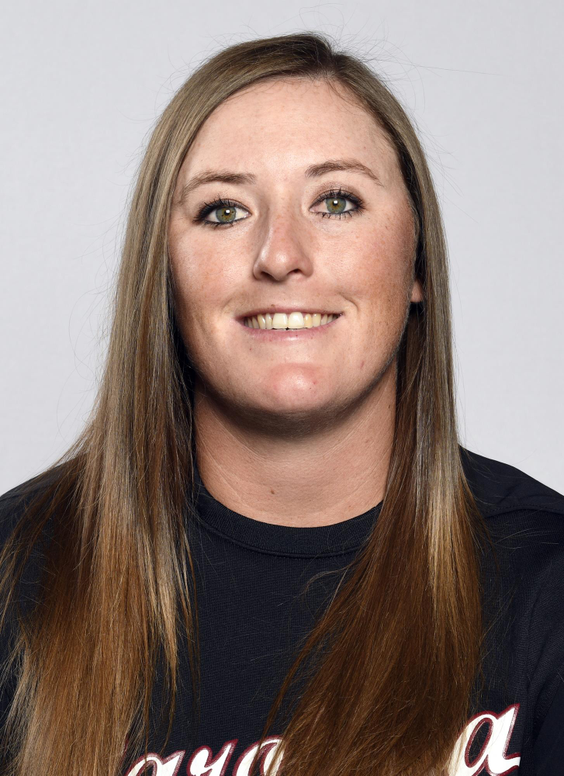 Katie “Crash” Repole was named an assistant coach for South Carolina softball in August of 2021.

A former standout at Louisiana-Lafayette, Repole’s responsibilities with the Aggies included coaching the outfielders, assisting with hitters, video, camps and clinics and on-campus recruiting.

In 2021, Repole worked closely with freshman outfielder Bre Warren, who earned SEC Player and Freshman of the Week honors. Warren also garnered spots on the All-SEC Second Team and the SEC All-Freshman squad. Repole was vital in the Aggies’ offensive prowess with the team finishing 11th in the nation in walks and 29th in team slugging percentage.

During the 2020 shortened season due to COVID-19, Repole aided in the Aggies’ offensive success as the finished fourth in the nation in double and ninth in doubles per game.

Repole came to College Station after spending three seasons as an assistant coach at Virginia. There she worked with the outfielders and offense and was the Cavaliers’ recruiting coordinator.

In Repole’s first season with the Cavaliers, she helped lead Virginia to the ACC Tournament for the first time in three years as the Cavaliers won nine ACC games, the second most in school history. The 2017 offense ranked in the top five in the ACC in multiple categories, as catcher Katie Park earned All-ACC honors and was the program’s first NFCA First Team All-Region selection since 2013.

In 2019, Repole assisted in the development of Lacy Smith, who became the fourth Cavalier in program history to earn All-America honors as she was named to the Softball America First Team. Smith posted a career-best .414 batting average while slugging a school-record 15 home runs.

Prior to joining the coaching staff in Charlottesville, Repole worked at several instructional clinics across the country with multiple NCAA Division I programs, and served as an assistant coach with the Texas Bombers 18U softball team and the Texas Bombers 16U Gold team, a program that has consistently finished among the top teams in the nation with an Amateur Softball Association 16U Gold national championship.

She has also worked as a Director of Development with the Texas Bombers organization, working with athletes from all 52 teams and assisting members of the program in the recruiting process.

Originally from San Antonio, Texas, Repole played collegiately for Illinois her freshman and sophomore seasons before she transferred to Louisiana-Lafayette for the final two years of her career. She helped the Ragin’ Cajuns to a 46-9 record and a top-10 national ranking as a senior.