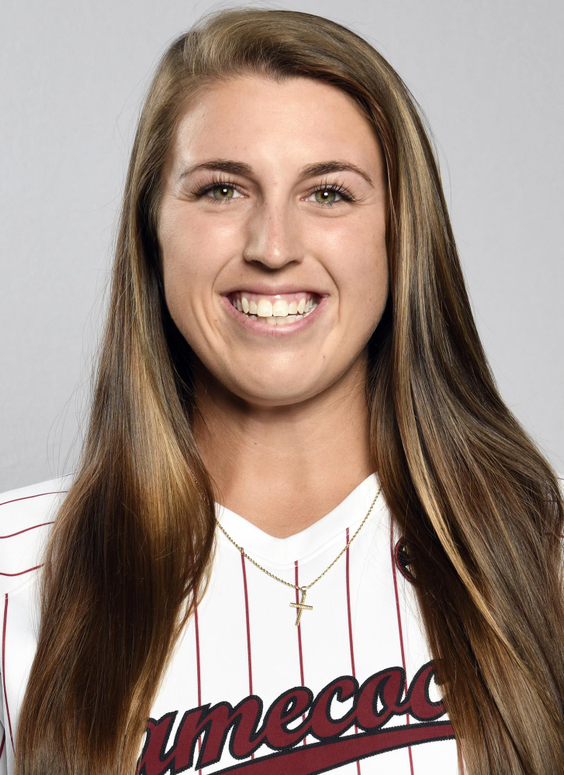 2021 (SOPHOMORE):
Earned the opening day start in the second game of the day against Jacksonville… Finished the year with a 5-0 record and 2.18 ERA in 45.0 innings of work… 18 appearances on the season with three starts, a complete game and a shutout… In her opening game against Jacksonville (a 10-0 win) she went all seven innings with seven strikeouts (both season highs)… Earned four-straight wins to start the season against Jacksonville, Seton Hall on 2/26, Elon on 3/5 and UConn on 3/6.

2020 (FRESHMAN):
Made her South Carolina debut with a 2-0 record in 14.2 innings of work with a 0.95 ERA… Made three appearances, two of which were starts… Earned one save… Allowed just five hits and two runs with 14 strikeouts… Held opposing batters to a .104 batting average… One shutout, as well… Allowed just two extra-base hits… Earned her first career start on Feb. 23 in Carolina’s 4-0 win against Elon… In that game, she went all seven innings allowing just one hit (in the top of the seventh with one out) with just three walks in nine strikeouts in the complete-game shutout effort… Threw a complete game in seven innings of work with four strikeouts to help Carolina take down Troy, 5-2, on Mar. 1.

PERSONAL:
Bailey Nicole Betenbaugh is the daughter of Crystal and Donnie Betenbaugh… Has two siblings, Tj and Maggie Beth Betenbaugh… Picked Carolina over Georgia, Kentucky, North Carolina and the College of Charleston… Member of the National Honors Society, Interact and SGA and had the seventh-best GPA in her graduating class… Earned her bachelor’s degree in May of 2022 in exercise science.