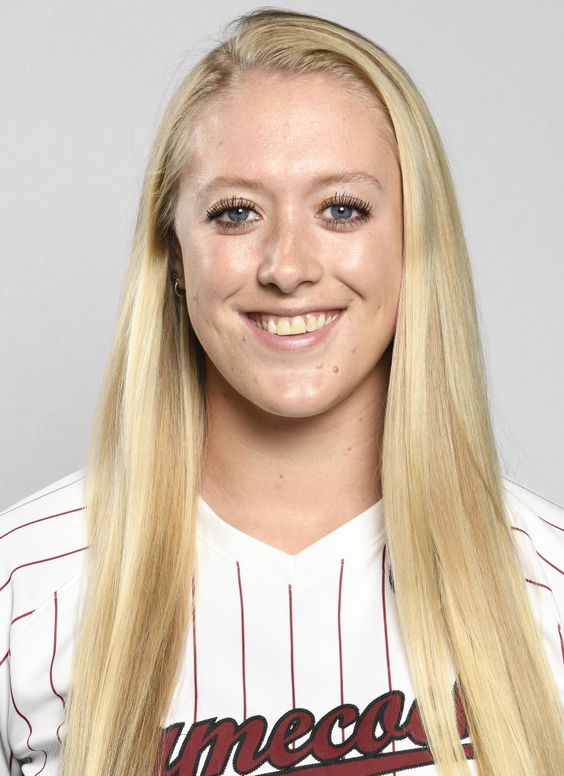 2019 (FRESHMAN):
Hit .264 in 47 games of action, earned 26 starts… Slugged .306 with a .329 on-base percentage.. Proved to be dangerous on the base paths with a perfect stolen-base percentage… Was perfect in the field with 41 putouts… Recorded her first career hit in her first start against Duke on Feb. 8… Also recorded her first career RBI and walk against the Blue Devils… Followed it up with a 3-for-3 night with a run and RBI against Notre Dame on Feb. 9… Produced a career-high three RBI in the win over Campbell on Feb. 16… Went 2-for-3 with an RBI against Kentucky on Feb. 9… Hit 2-for-3 with a run against Bethune-Cookman on May 18… Had at least one hit in each of the four regional games to close the year and scored a run in half of the contests… Produced three multi-hit games and one multi-RBI contest… Named to the Puerto Vallarta Challenge All-Tournament Team.

HIGH SCHOOL:
Lettered in four sports in high school at North Forsyth High School (basketball, track, swimming and softball)… Was a sectional qualifier in the 4X100, finished second in the Georgia Regional 5-7A for long jump and was a state qualifier in the long jump… Never hit lower than .341 in school, including a .447 batting average her freshman year with 34 home runs and 21 RBI… Honors include the Georgia Dugout Club All-State Team, Defensive Player of the Year, All-Region and All-County Teams in 2017… Her 2015 honors include All-Region and All-County Teams and was named Defensive Player of the Year… For her efforts in 2014, she was named to the All-Region and All-County Teams as well as the Defensive Player of the Year… She also holds the Georgia High School career stolen base record with 56 (in just three years of action after missing her junior year due to injury).