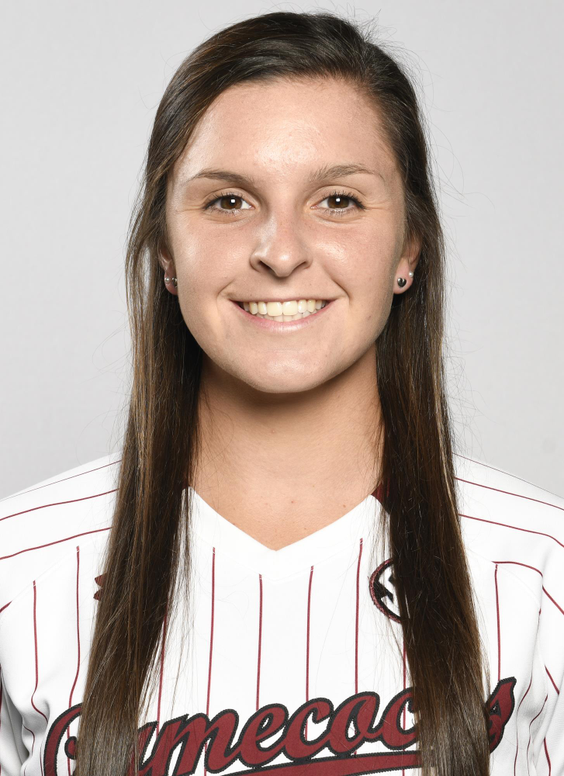 2020 (SOPHOMORE):
Hit .143 in 13 games, drawing five starts behind the plate for South Carolina… Finished with a hit in seven at-bats with three runs… Slugged .143 with a walk on her way to a .250 on-base percentage… Finished 1-for-1 on stolen bases.

2019 (FRESHMAN):
Hit .187 in 50 games of play, started 38 games behind the plate… Had 17 hits in 91 at-bats with 13 runs and 10 RBI… Produced a .318 on-base percentage in part to 18 free bases… Earned first career start in the second game of the season against Baylor on Feb. 7 in Mexico… First hit came against North Carolina on Feb. 10… First RBI in a Mar. 3 win over Middle Tennessee State in Clearwater, Fla… First SEC hit with a 1-for-3 performance against Arkansas on Mar. 16… Went 2-for-3 with an RBI in a victory over LSU on Mar. 30… Had arguably her best game of her young career with a 3-for-3 night highlighted by two RBI and a run in the series opener against Auburn on Apr. 12… Later hit her first home run in the series finale on Apr. 14… Went 1-for-3 with an RBI at Missouri on May 4… Had three multi-hit games with two-multi-RBI contests… Had a four-game hit streak during the year and a five-game reached base streak.

HIGH SCHOOL:
Shined on the field for the Hawks and off the field as she graduated in three years… Was named to the South Carolina All-Region and All-State teams… 2017 was the year of honors for Fabian as she was named the Region Player of the Year, the South Carolina 3A Players of the Year and the Post & Courier Low Country Player of the Year… The 2017 season also saw Fabian lead the Hawks to a South Carolina State Championship as she played in 34 games with a .515 on 50 hits with 39 runs and 35 RBI… Won a National Championship in 2017 with the Georgia Impact as she hit .434 with nine home runs during the travel season.

PERSONAL:
Daughter of Barbara and Joseph Fabian… Sister to Evan, Austin and Justin… Also played volleyball at Hanahan High School… Member of the Beta Club, earned academic and athletic honors throughout her four years at HHS and was on the Distinguished Honor Roll… Plans to major in exercise science… Picked South Carolina over College of Charleston and North Carolina… Earned her bachelor’s degree in May of 2022 in exercise science.