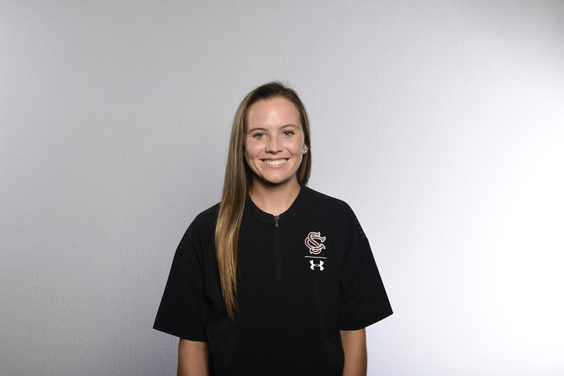 2020 (SOPHOMORE):
Made 10 appearances in the circle with 44.0 innings of work to go along with her 2.86 ERA and 5-0 record… Six starts while finishing three of them with two shutouts… Posted 42 strikeouts with just 21 walks… Posted three hits at the plate in 17 at-bats with two runs and two doubles… Earned her first win of the year on Feb. 22 in a 5-3 win over Iowa State… She tossed a complete game with five strikeouts… Tossed a complete-game shutout in five innings of work in a 10-0 (5) run-rule victory against Charlotte on Feb. 29… Tossed another complete-game shutout in the final game of the year on Mar. 11 in a 2-0 win over Winthrop… She had a key double and run scored in that game, as well, to go along with her seven strikeouts and just two hits allowed in the circle.

2019 (FRESHMAN):
Hit .315 in 44 games with 21 starts… Also went a perfect 8-0 in the circle in 15 appearances with 11 starts and three complete games… At the plate had 23 hits with 11 runs and 16 RBI… Hit four doubles and five home runs… Slugged .575 with a .363 on-base percentage… In the circle, had a 2.48 ERA with 42 strikeouts while holding teams to a .179 batting average… Allowed just nine extra-base hits in 48.0 innings of action… Went 1-for-1 with a home run in the win over Campbell on Feb. 16… Had two RBI and two walks in the victory against Youngstown State on Feb. 23… Had three RBI (season best) in the opening game of a doubleheader sweep of Bryant on Mar. 13… Went 3-for-3 with two RBI, a run and home run in the first game of a doubleheader against UNCG on Apr. 20… Had an RBI in the regional win over Bethune-Cookman on May 18… In the circle earned her first-career win in five innings of action against Youngstown State on Feb. 23… Allowed just two hits with five strikeouts… Earned four-straight wins in four-consecutive appearances against Charlotte, Coastal Carolina, Ball State and Western Michigan… Had a season-best seven strikeouts against Bryant on Mar. 13 in the first game of the doubleheader… Had four multi-hit games on the year and three multi-RBI contests… Named SEC Freshman of the Week on Apr. 23.

PERSONAL:
Daughter of Beth and Chris Heath… At North Augusta High School was a member of the Beta, Spanish and Buddy Clubs… Was a teacher cadet and served on the homecoming court, as well… Plans to major in pharmacy… Also considered Virginia, Presbyterian and North Carolina.