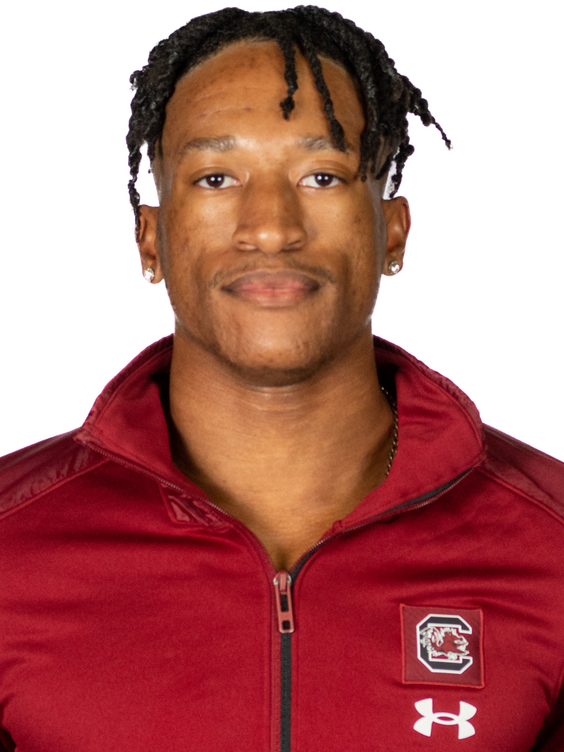 Had his best indoor season as a Gamecock … Dropped his time in the 200m to 20.93, breaking the 21-second barrier at the USC Indoor Open to take first … Finished in the top 10 in all of the regular season meets and finished 19th at the SEC Championships in the 200m … Finished with the No. 26 time in the 200m in the nation … Dropped a time of 6.77 in the 60m at the Clemson Opener and nearly matched that time twice during the season with times of 6.78 and 6.79.

Competed in the 60m and 200m indoors … qualified for the 60m final at four meets: the Clemson Opener, the Gamecock Inaugural, the Dr. Sander Challenge and the Carolina Challenge … finished third at both the Gamecock Inaugural and the Dr. Sander … ran a career-best 6.73 at the Tiger Paw Invitational … finished 17th in the 60m at the SEC Championships … ran 21.30, the best 200m time by a Gamecock in 2019, at the USC Indoor Open … placed 22nd in the 200m at the conference meet.

Ran both the 100m and the 200m … clocked his season best at the 100m at the Gamecock Invitational, a time of 10.39 … finished 19th in the 100m and 25th in the 200m at the SEC Championships … was a big part of the 4x100m relay, including a victory at the USC Outdoor Open and appearances at the Penn Relays and SEC Outdoor Championships.

Graduated from Zephyrhills Christian Academy, where he was coached by his mother, Erica … Won Florida 1A state titles in the 100m and 4x100m relay in 2017 and 2018 … Set his high school’s program record in the 100m … Qualified for AAU Nationals … Also lettered in football.

Son of Selvesta and Erica Miller … Has one sister, Erin … His father played football at Carolina from 1994-97 and later spent two seasons with the Miami Dolphins … Plans to major in exercise science at Carolina … Had dreamed of following in his father’s footsteps and wearing the Garnet & Black since he was a child … Joined the Gamecocks to train under the legendary Olympic pedigree of head coach Curtis Frye.