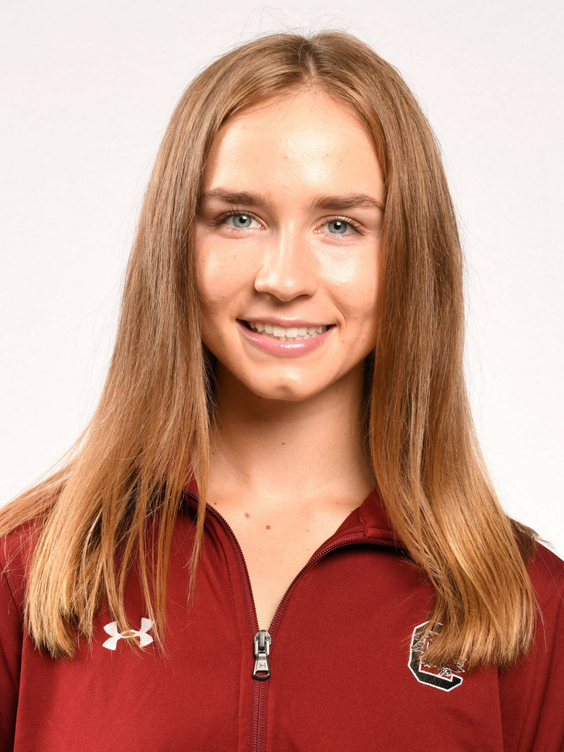 Appeared in six meets during the season, making her collegiate debut at the Carolina Challenge with a fifth-place finish following a time of 19:19.5 … Finished third at the Winthrop Invitational with a mark of 18:45.3 … Posted the 49th-fastest 5K in program history with a personal record time of 18:14.0 … Clocked her 6K PR at the SEC Cross Country Championships when she stopped the clock at 21:55.14 to place inside the Top 100 with the 39th-fastest 6K in school history.

Lettered in swimming and track & field at Indian Hill High School in Cincinnati, Ohio … Also competed in JV volleyball and lacrosse for one season … Holds the school record for the indoor 3,200 and the 4×800 … Named First Team All-Ohio for cross country for four consecutive seasons (2018-21) … Tabbed to the First Team All-Ohio in the 3,200 following the 2022 season … Was a conference champion in the 3,200 for 2021 and 2022 and finished conference runner-up in the 1,600 during both years … MVP in her conference in cross country in 2021 … Excelled in the classroom as well, earning Cum Laude honors, National Honors Society, AP Scholar-Athlete, AP Capstone Diploma as well as English, Math and Science Excellence Awards.

Born to her parents Douglas and Stephanie Withers … Has two siblings, Kaylie and Bronson … Father, Douglas, played football at Purdue and her mother, Stephanie, played basketball at South Dakota … Her uncle, Brian Good, played basketball at Wisconsin … Plans to major in Neuroscience with plans to be a physician or surgeon … Chose South Carolina over Tulane, North Texas and Dayton … Will be part of Carolina’s Honors College and is a recipient of the UG Scholarship as well as the Superlative Academic Achievement Award.