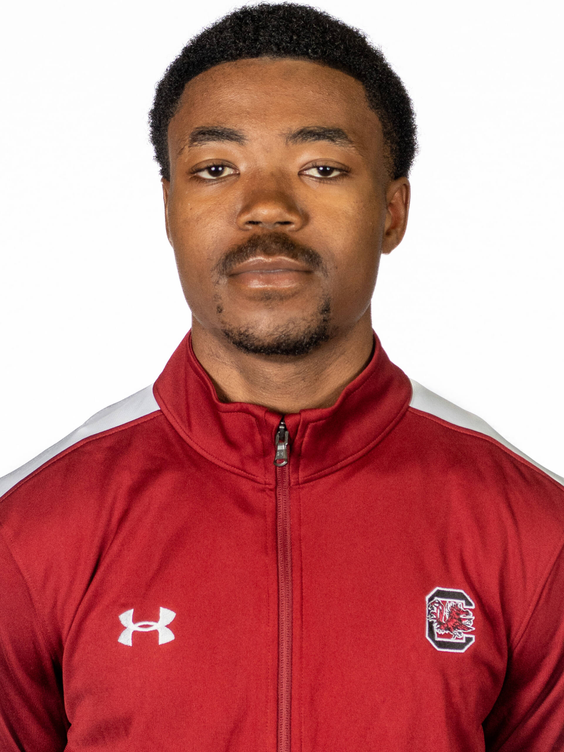 Ran in four 200-meter races for the Gamecocks … Took eighth at the USC Indoor Open with a season-best time of 22.02 … Also ran in the 200 meters at the Carolina Challenge, Bob Pollock Meet and the South Carolina Invitational.

Saw action in seven indoor meets, as a 200m and 400m sprinter … ran his best 200m time, 22.08, at the Tiger Paw Invitational … earned a third-place finish in the 400m at the Orange & Purple Elite, with a time of 48.95 … ran his career-best time at the SEC Championships, finishing 31st with a mark of 48.54 … ran the 4x400m relay twice, including a victory at the Gamecock Inaugural … was an alternate on Carolina’s mile relay team at the NCAA Championships.

Took part in the 200m and 400m in his first outdoor campaign, as he donned the Garnet & Black for six meets … ran his personal-best 200m time at the SEC Championships, where he finished 38th with a time of 21.99 … posted a season-best 47.81 in the 400m at the Gamecock Invitational … finished 26th in the quarter mile at the conference meet … was a big part of Carolina’s relay efforts … part of a fifth-place finish in the 4x200m at Penn Relays … ran on 4x400m victories at the Black & Gold Challenge, the Buccaneer Invitational and the Spec Towns Invitational … served as an alternate for the Carolina 4×4 at the NCAA Championships.

Son of Edward and NaTasha Sessom … Has two brothers, Trey and Tyler, and two sisters, Amari and Kyndall … His mother and sisters also ran track … Plans to major in exercise science at Carolina with the goal of serving as an athletic trainer … Chose Carolina because he liked the environment and the success of the track team … Picked the Gamecocks over Louisiana Tech and others.