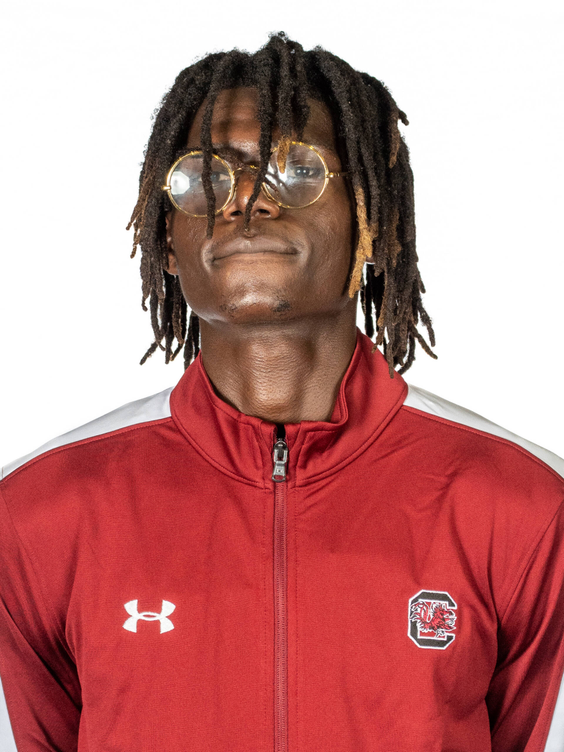 Appeared in six outdoor meets on the season, posting marks in five of the six high jump events … Started the outdoor campaign with a T-7th finish in the high jump following a height of 1.95m (6-4.75) … Registered an outdoor high jump PR with a height of 2.07m (6-9.5) at the SEC Outdoor Championship, placing eighth to score for Carolina.

Competed in the high jump five times for Carolina … Took 10th at the SEC Championships, clearing his season-best height of 2.03m/6-8 … Cleared two meters or higher at three meets … Placed in the top five at the Carolina Challenge … Also jumped at the Gamecock Opener, South Carolina Invitational and the USC Indoor Open.

Competed in the high jump at five meets for the Gamecocks … Came in 13th at the SEC Championships, clearing a season-best height of 2.02m/6-7.50 … Earned top-five finishes at the Weems Baskin, USC Open and Charlotte Invitational … Cleared two meters or higher at all but one meet.

Jumped at five events for the Gamecocks during the indoor campaign… Competed at the SEC Championships in the high jump… Set a then-personal-record of 2.03m (6-7 3/4) at the South Carolina Invite to take fifth.

Competed four times, all in the high jump, in his first indoor campaign… set a season-best in his first meet, when he finished second at the Orange & Purple Elite by clearing 2.01m (6-7).

Son of James and Tina Franklin … Has two brothers, Kaleb and Walter … Also has a sister, Laila … Wants to be a pilot after graduation.