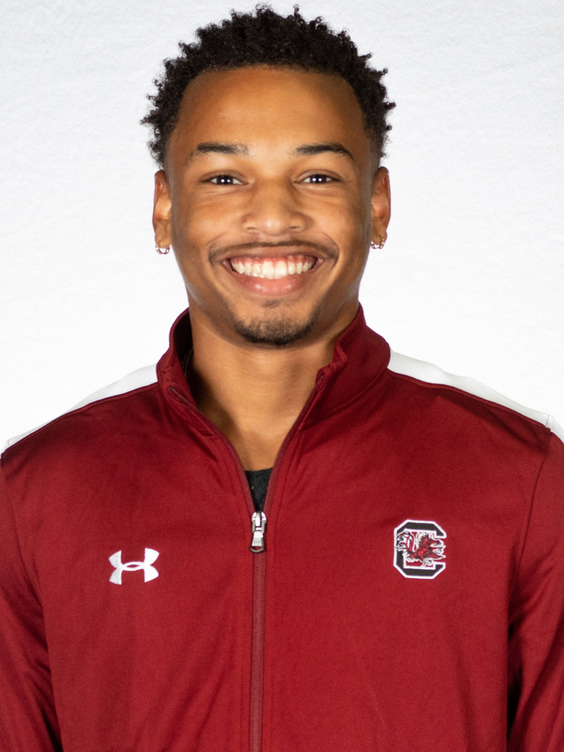 Appeared in four indoor meets as a freshman, turning in results in the Clemson Opener and the SEC Indoor Championship … Primarily competed in the 60m, 200m and the 4x400m … Recorded his collegiate 60m PR in his Gamecock debut, finishing fifth in the Clemson Opener prelim with a time of 6.88 … Ran his lone 200m race in the SEC Indoor Championship, clocking a time of 24.58.

Made the finals in the 100 and 200 meters at The Outdoor National presented by Nike … Took ninth in 100-meter final, running a time of 10.56 … Finished fifth in the 200-meter final with a time of 21.07 … Both times at The Outdoor Nationals were personal bests … Was a nine-time state champion at Ben Lippen … Was named the 2018 SCISA Mr. Track and Field … Holds five school records and two SCISA all-time records … Also played defensive back for his high school’s football team … Was the class president at his high school.

Is related to five Division I track and field athletes or coaches, including Delethea Quarles, who is Carolina’s former Assistant Head Coach … Chose South Carolina for its law school, educational programs and the prestige of Carolina’s track team and coaching staff … Aspires to become a civil rights attorney … Was born to his parents John Willie Jefferson and Robin Jefferson on Dec. 2, 2002.