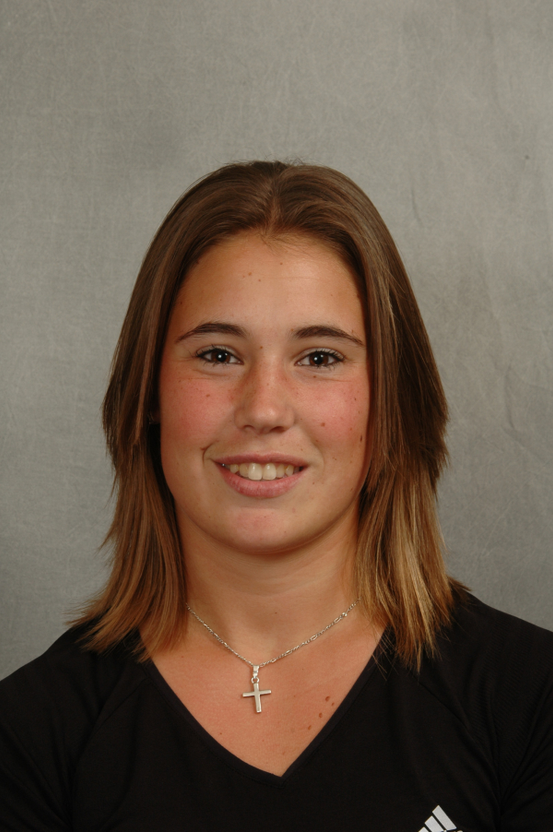 SEASON OUTLOOK — Looks to provide leadership and help give depth at the bottom of the lineup. FALL REVIEW — Posted a 5-5 mark in singles while going 3-3 in doubles with Grace Blakely … In the SEC Fall Coaches Classic, she defeated Liis Sober and Caroline Winebrenner of Kentucky in straight sets. AS A JUNIOR — Posted a 16-9 mark overall with a 7-2 tally against regional opponents … Won her first five matches of the spring before dropping her only match against LSU … Won the two other matches she played, only losing one game in four sets … Longest winning streak of the season was six matches … Named to the SEC Academic Honor Roll … Earned Dean[apos]s List recognition for the fall and spring semesters. AS A SOPHOMORE — Totaled a 20-10 record overall … Went 14-7 at No. 6 singles, with a 6-5 mark coming against conference opponents … Totaled a 6-3 mark in three-set matches … Was one of four players to play in all 11 SEC matches in singles … Earned SEC Academic Honor Roll praise … Made the Dean[apos]s List for the fall and spring semesters. AS A FRESHMAN — Joined the Gamecock squad in the spring semester of 2002-03 … Posted a 12-11 record in singles her first season at Carolina … Played primarily at the No. 6 spot in the singles lineup, where she went 11-11 … Went 6-4 in SEC matches … The six wins tied for the team lead in SEC play … Went 5-12 in doubles … Played with Catherine Brown at the No. 3 doubles slot … Brown and Walsh clinched the doubles point in the NCAA Tournament opening round match against Penn … The duo upset the 55th-ranked team of Ptak and Ciochina 8-5 … Earned Dean[apos]s List honors for the spring. HIGH SCHOOL — Attended West Vancouver Secondary School … Ranked third in singles at the 2001 Canada Summer Games … Was ranked No. 1 in doubles at the 1999 Western Canada Games and the Women[apos]s Open, and the under-18s in British Columbia.

THE WALSH FILE
Born: Jan. 31, 1984
Parents: Peter & Glencie Walsh
Siblings: Matthew & Alexandra
Nickname: J-Lo
Favorite childhood vacation: Mazatland, Mexico
Most exciting sporting event I ever attended: Vancouver Canucks game
If I could be a movie character I would be: Laura Croft
If I could be on a cover of any magazine, it would be: Shape
I would like to switch places for one day with: Madonna
Favorite pro tennis player: Patrick Rafter
Favorite sport other than tennis: Kickboxing
No one knows how much I: Dislike cold weather