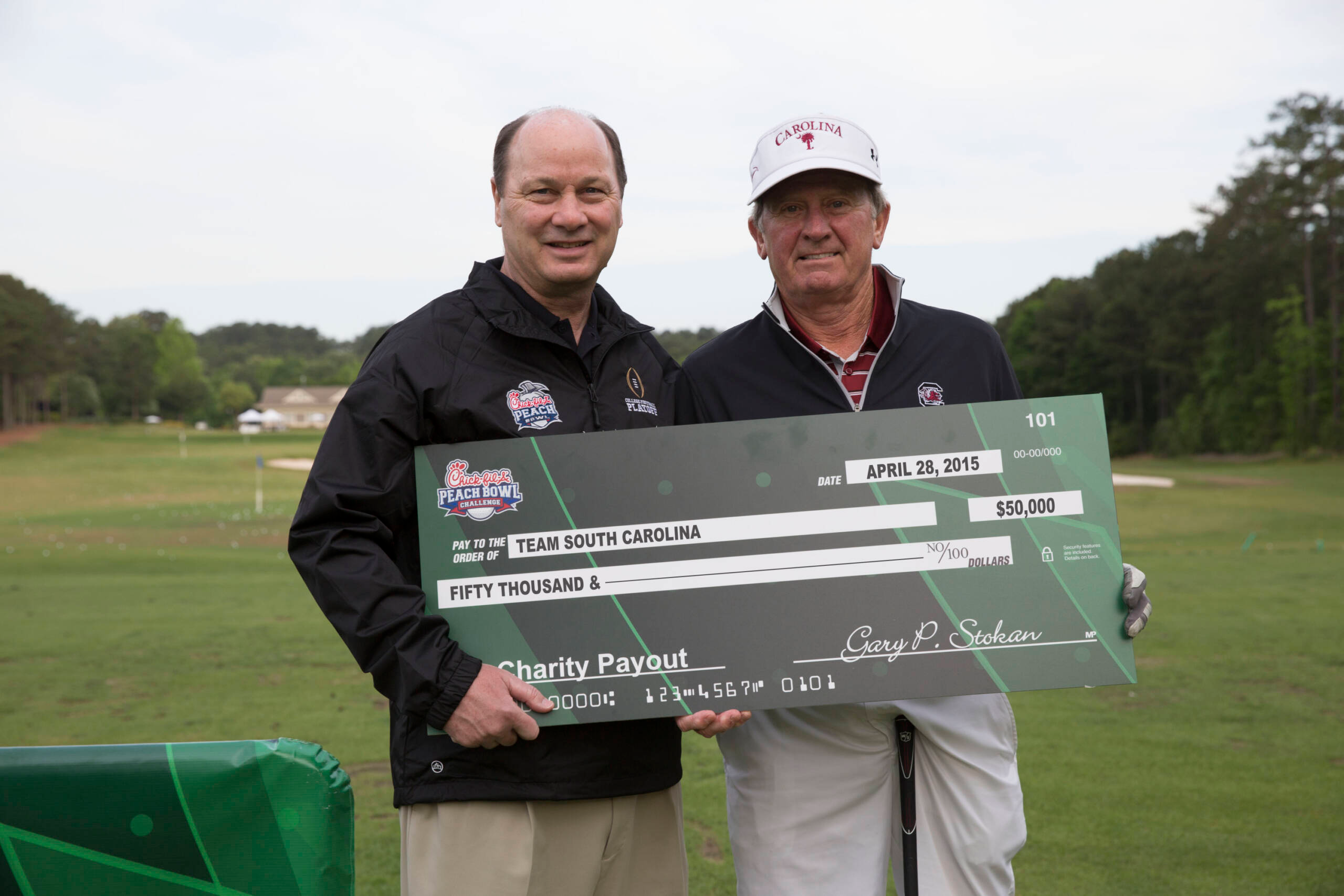 “Our mission to give back is a driving force in everything that we do,” said Gary Stokan, president and CEO of Peach Bowl, Inc. “We’re grateful for the participation of these coaches and celebrities, and are happy to have the opportunity to give something back to their universities and the causes that are so close to their hearts.”

HBC Foundation, Inc. is a nonprofit corporation dedicated to providing financial support within South Carolina to charitable organizations which assist underprivi¬leged children, individuals or families in need and victims of domestic violence.

Following its mission to support scholarship and charity at all levels, the Chick-fil-A Peach Bowl Challenge will pay out a total of $520,000 to its 13 participating teams this year, with the winnings being split between the charity of each team’s choice and an endowed scholarship at each university.

In addition to the $520,000 charity and scholarship purse, another $113,305 was generated for charitable organizations including the American Diabetes Association. Over the last nine years, the event has contributed a total of $5.3 million in scholarship and charity.

In 2014, the Chick-fil-A Peach Bowl recorded its eighth straight year of more than $1 million in giving. Since 2002, college football’s most charitable bowl game has distributed $17.6 million in charity and scholarship.