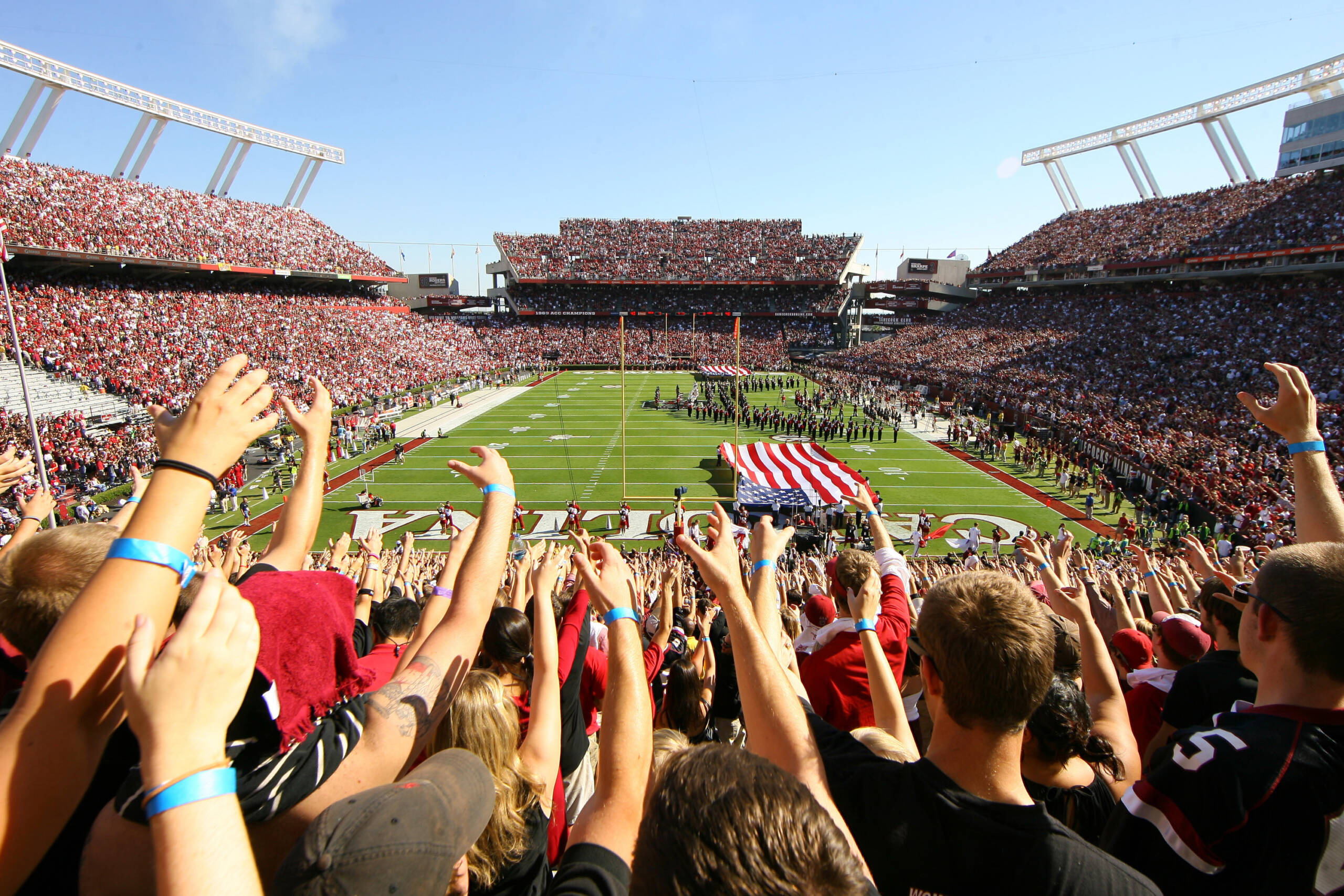 Taking care of those who take care of this country is important to the Gamecocks and their fans. Through initiatives such as the “Seats for Soldiers” program and other initiatives, South Carolina is trying to do its part to show appreciation for those who serve in the United States Armed Forces by providing tickets to Gamecock athletics events at different times of the year.

“We want to help out as many people as we can,” said Dan Stahl, general manager with IMG Learfield Ticket Solutions for the University of South Carolina property. “We have the military appreciation day where the university donates around 5,000 tickets to military families, but we’re looking for more ways to enhance our relationship with the military. The university gives as much as it can, and we ask our fans and donors to add on to enhance that effort.”

Approximately 750 tickets were purchased for service members by Gamecock fans for the football game against Furman last October as part of the inaugural “Seats for Soldiers” program. South Carolina has already planned to give fans the opportunity to take part in the program again in 2015 when the Gamecocks host Vanderbilt on October 17 in Williams-Brice Stadium.

Anytime you involve the military we usually get a positive response. South Carolina is extremely supportive of the military, and I think it’s almost expected that we make that ask now. It’s really appreciated by our fan base and Gamecock Club members.

“Fans and donors are given the opportunity to purchase tickets at a discounted rate, and the tickets are donated on their behalf to the military,” Stahl said. “The primary driver is individual phones calls. We get a lot of positive feedback from that. A majority of the people we speak to have some sort of connection, whether it’s a family member who is serving, or a friend. Of the 750-plus tickets we sold last year, many of them were orders of multiple tickets.”

The Gamecocks also afforded fans the opportunity to purchase tickets to the Duck Commander Independence Bowl for members of the military serving in that part of Louisiana, and the donors provided more than 560 tickets.

There is a similar program in place for basketball tickets. For the second straight year, the “Hoops for the Holidays” program gave fans an opportunity to purchase tickets for members of the military as well as charities and other youth organizations. This program provided approximately 500 tickets for several men and women’s basketball games during the December holiday period this past season.

“Anytime you involve the military we usually get a positive response,” McFarland said. “South Carolina is extremely supportive of the military, and I think it’s almost expected that we make that ask now. It’s really appreciated by our fan base and Gamecock Club members.”

Stahl added that they will be seeking a sponsor to match the contributions of the individual donors for this cause. With a head start for the next “Seats for Soldiers” program, South Carolina officials anticipate that Gamecock fans will continue to be supportive.

“We have an extremely high rate of active duty and retired military in our state,” said Lance Grantham, assistant athletics director for ticket operations. “Simply being aware of this helps us think about opportunities to help them. The fans who often purchase these love doing it because they know how much our military sacrifices for our welfare on a daily basis. It’s an easy sell. It really is.”

Anyone interested in purchasing tickets for members of the military and their families may call the IMG Learfield group sales line at 803.777.8850, or print the page on the Ticket Office web site.