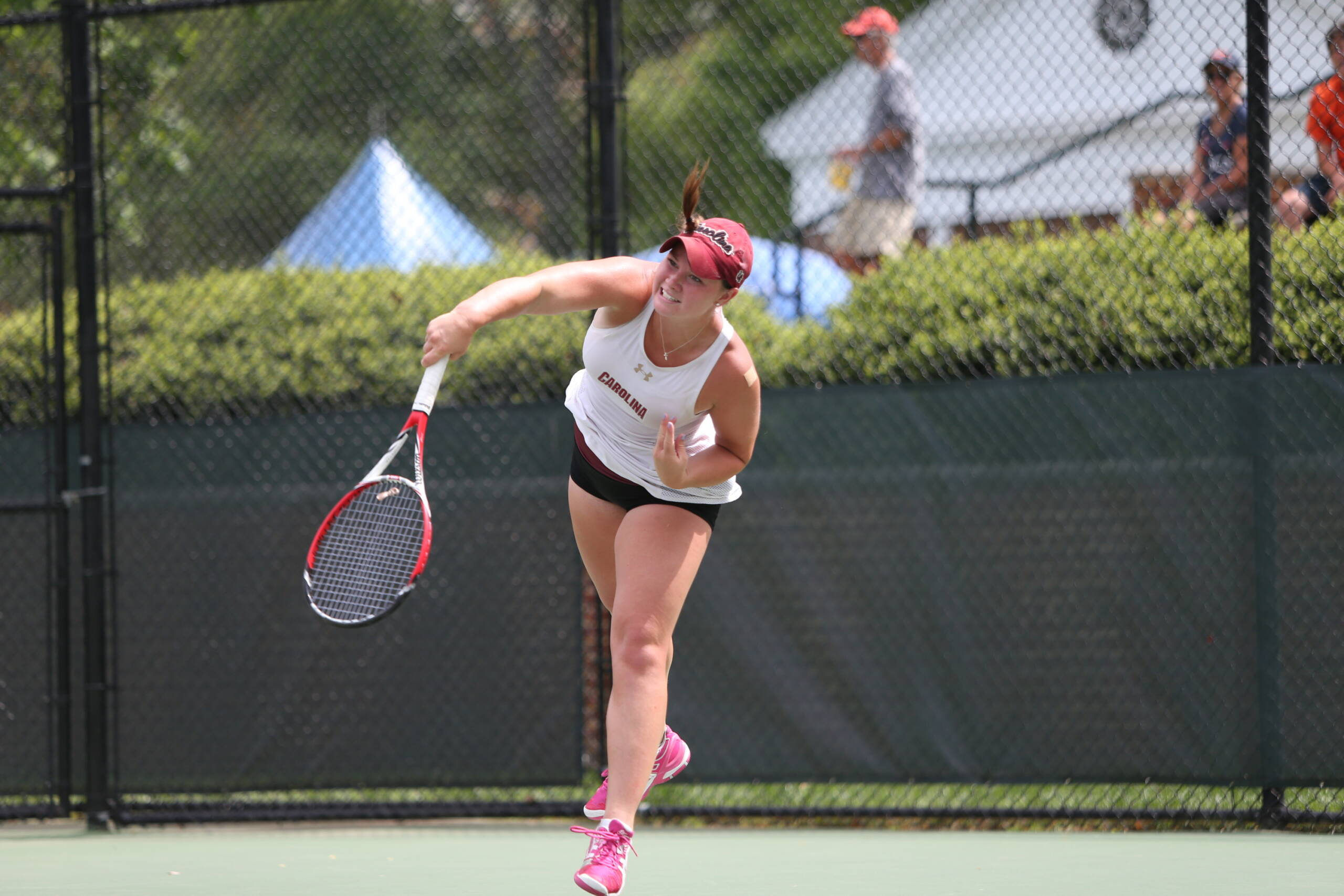 Spurs & Feathers: Gamecocks accomplish 'quite a bit' in 2015 season

One of the goals for the No. 29 South Carolina women’s tennis team this season was to defeat a top-10 team. The Gamecocks had an excellent opportunity to do just that against No. 8 Virginia in the NCAA Tournament. Facing a 3-2 deficit, the Gamecocks had leads on both court one and two momentarily, but the Cavaliers’ Danielle Collins came from behind to defeat Caroline Dailey on court two to secure the 4-2 win to advance.

“Overall, we had a successful season,” said head coach Kevin Epley. “It was similar to last season in the sense that we really didn’t get going until later in the season. We had some close matches. We had a goal this year to beat one of these top-ten teams that we’ve been playing close. We didn’t achieve that but overall, I feel like we accomplished quite a bit.”