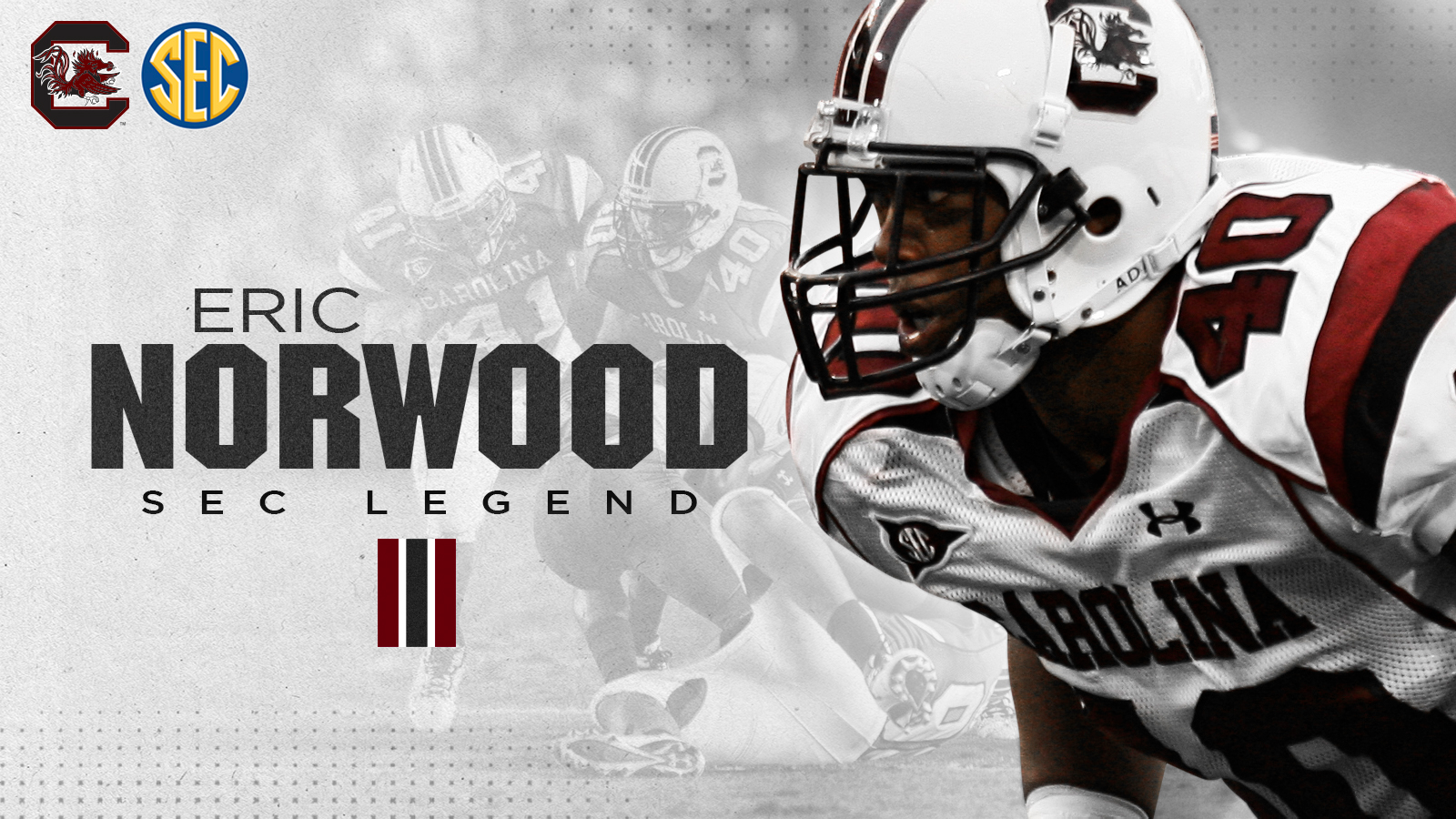 The 2018 SEC Football Legends class will be honored at the 2018 SEC Football “Weekend of Champions” Nov. 30-Dec. 1 in Atlanta, Ga., highlighted by the annual SEC Legends Dinner presented by AT&T on Friday, Nov. 30 at the Hyatt Regency in Atlanta. The group will also be recognized prior to the SEC Football Championship Game, which will be held at Mercedes-Benz Stadium on Sat., Dec. 1.

The 2018 Football Legends Class includes 14 former stars who excelled on the gridiron and helped write the rich history of the sport at their respective institutions. This year’s class includes All-Americans, All-SEC selections and Academic All-Americans. The group represents teams that won National and SEC Championships and are represented in state, school and college football halls of fame.

Eric Norwood was named first-team All-America in 2009 by both the Associated Press and the Walter Camp Foundation as an outside linebacker. He was a three-time All-SEC first-team selection by the coaches, a two-time AP All-SEC choice and was named a Freshman All-American by The Sporting News in 2006. A team captain in both 2008 and 2009, Norwood is the school record holder in career tackles for loss (54.5) and career sacks (29). He earned numerous national and conference Defensive Player of the Week awards, as well as tying a national record by returning two fumbles for touchdowns against Kentucky in 2007. Norwood was selected in the fourth round of the 2010 NFL Draft by Carolina and played two years for the Panthers before a five-year career in the Canadian Football League. He was elected to the South Carolina Athletic Hall of Fame in 2017.