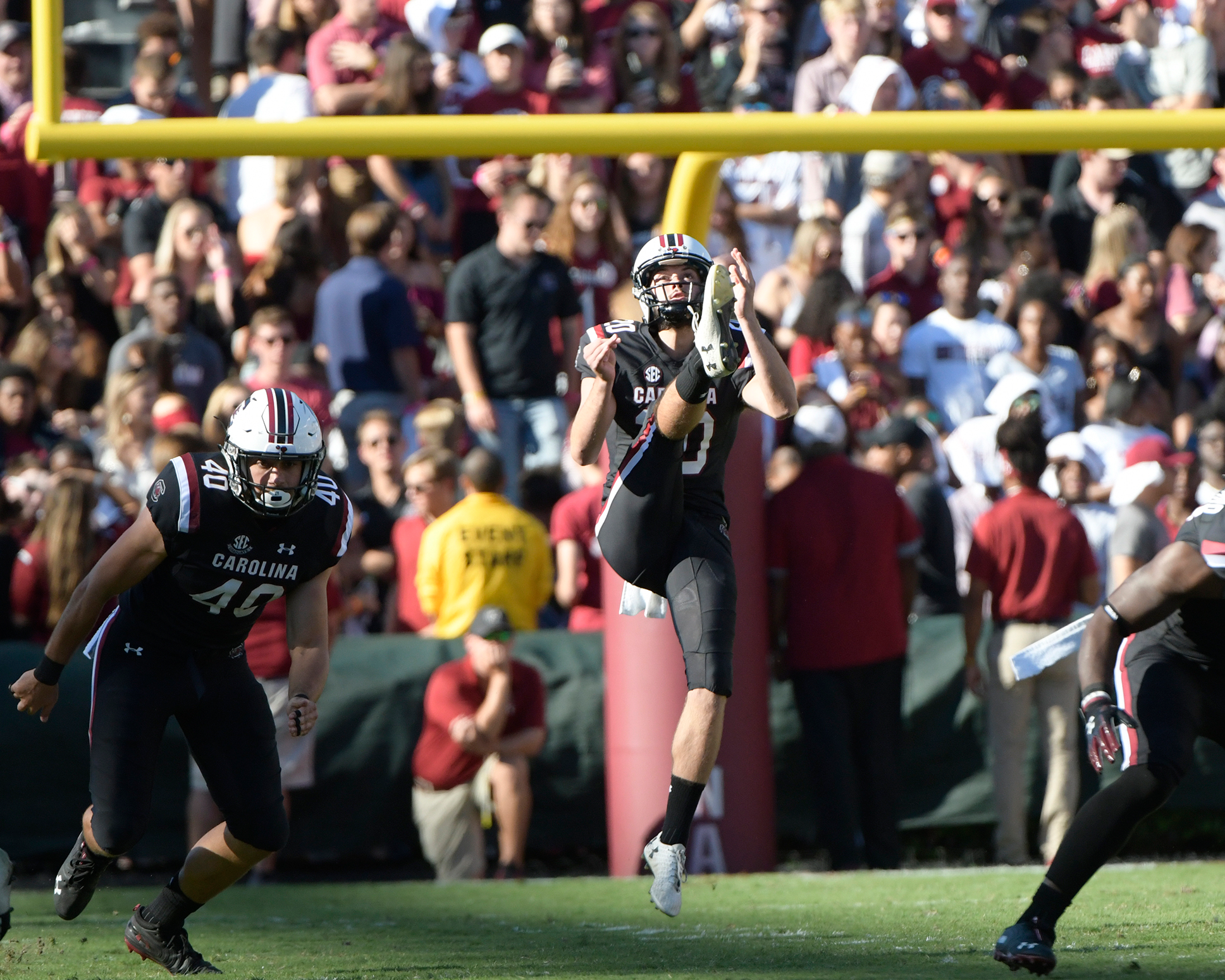 Carolina Junior Recognized for his Efforts Against Texas A&M

University of South Carolina junior punter Joseph Charlton has been selected as the National Punter of the Week by the Ray Guy Award committee, it was announced today.

Charlton has punted 77 times in his career for a 44.0-yard average, the best mark in school history for punters with at least 75 attempts.