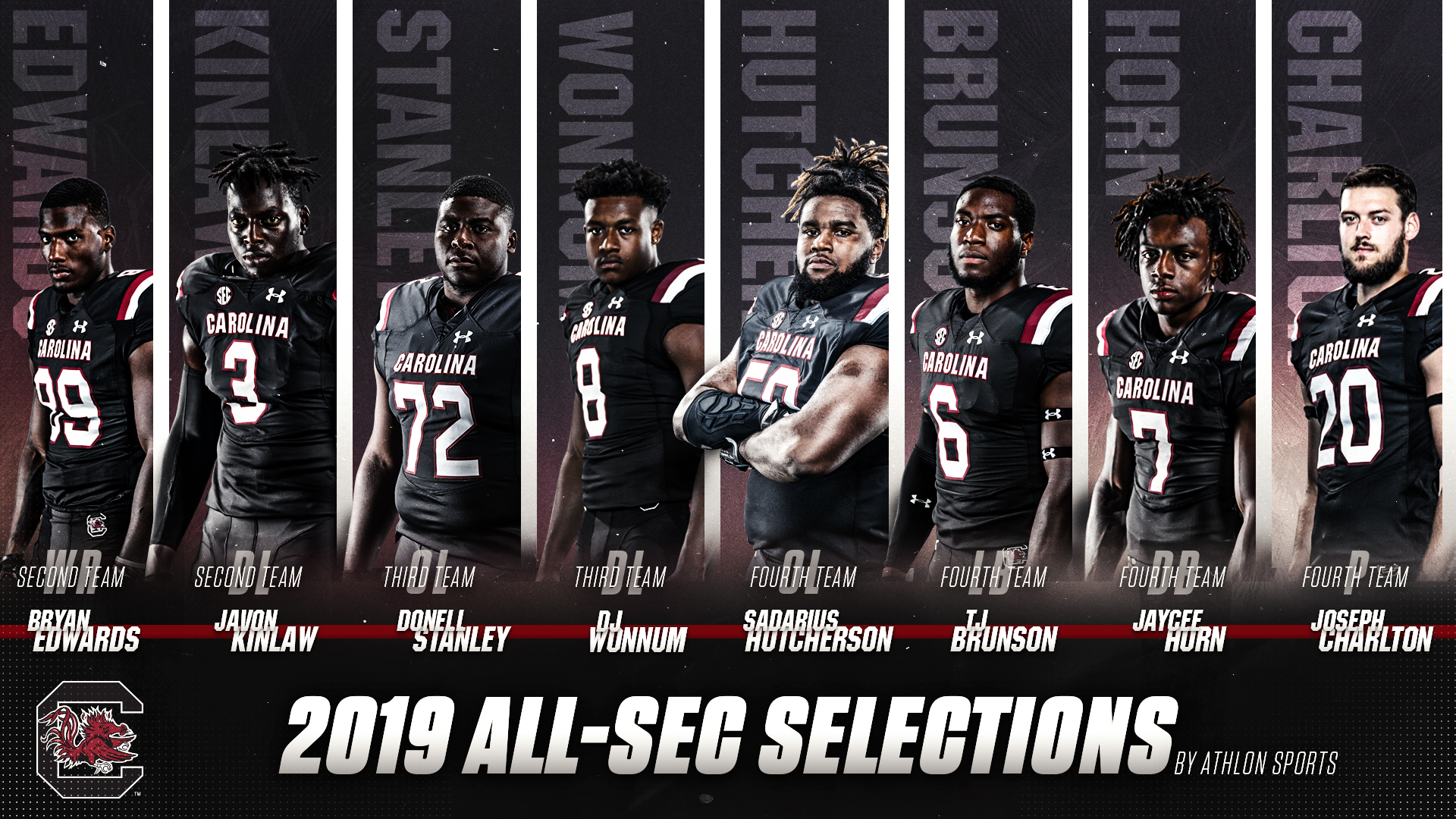 A leader on the offensive line, Stanley returns for his sixth year of eligibility. The 6-3, 322-pounder from Floydale, S.C. has appeared in 38 games for the Garnet & Black, making 26 starts including 12 at center, 10 at left guard and four at right guard.

Wonnum, a 6-5, 255-pound senior from Stone Mountain, Ga., plays the Buck position for Carolina. He is healthy again after injuries derailed much of his 2018 campaign. He was selected as a team captain in 2017 after a very productive season in which he logged 57 tackles including 13.0 tackles for loss and 6.0 sacks.

Hutcherson, a 6-4, 312-pound junior from Huntingdon, Tenn., moves to tackle this season after being the Gamecocks’ starter at guard over the past two seasons. He was named one of the Strength & Conditioning Award winners as selected by the coaches for his work in the weight room following the 2018 campaign.

Brunson, a 6-1, 235-pound senior from Columbia, was the team’s leading tackler in 2018 with 106 stops. Selected as one of four team captains last season, A starter in every game over the past two seasons, Brunson has registered 206 career tackles, including 15.0 tackles for loss and 6.0 sacks.

Horn, a 6-1, 200-pound sophomore defensive back from Alpharetta, Ga., earned Freshman All-SEC accolades by the league’s coaches last season after making 10 starts. Horn shared the Most Productive Player Award for the defense with Brunson a year ago while playing both cornerback and nickel.

Charlton, a 6-5, 193-pounder from Columbia, earned a spot on the All-SEC second team as selected by the league’s coaches following the 2018 season. As a junior, Charlton set the school record by averaging 44.8-yards per punt, and is averaging a school-record 44.1 yards per punt throughout his career.