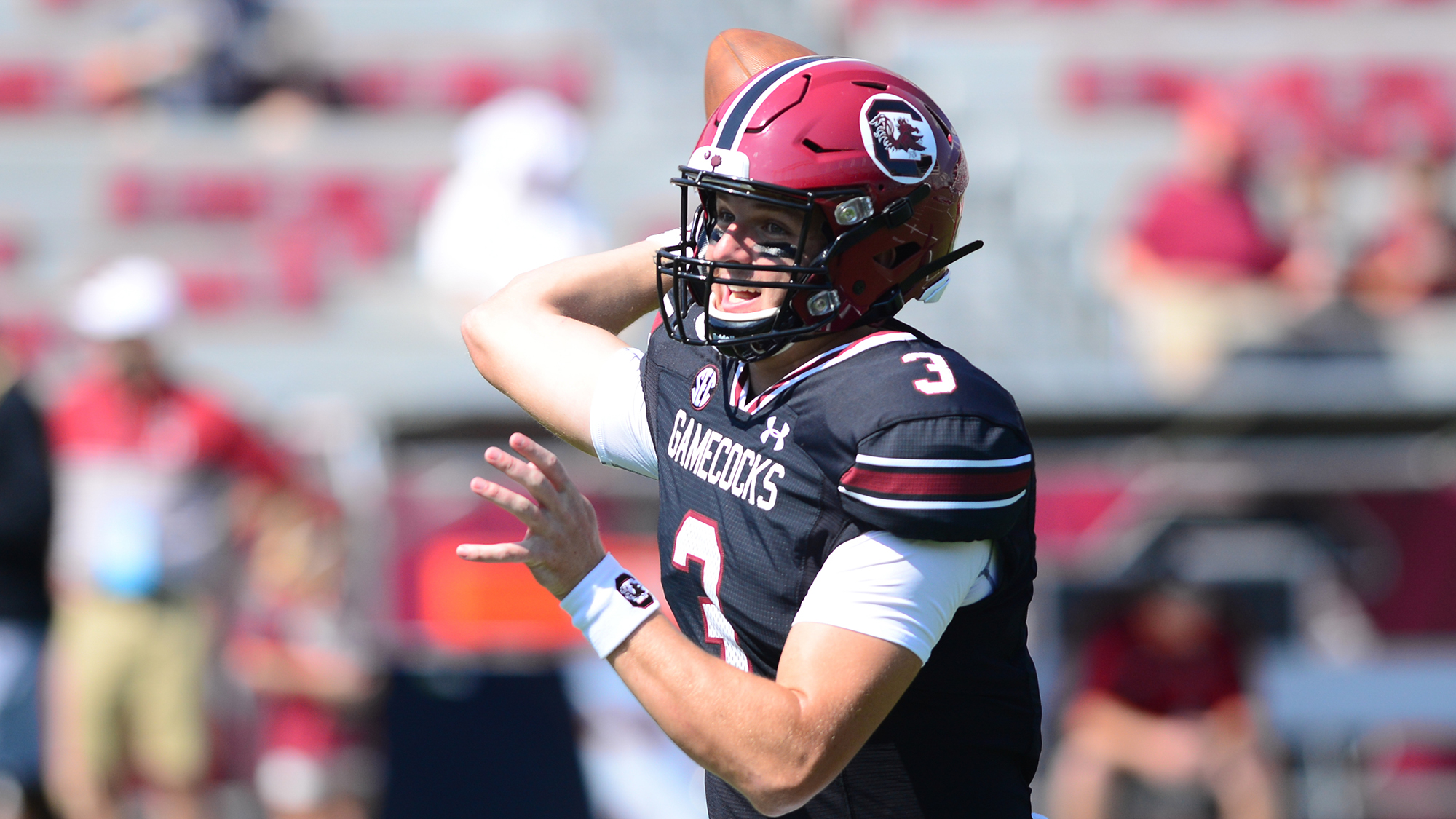 by By JEFFREY COLLINS | Associated Press

COLUMBIA, S.C. (AP) — South Carolina fans gave quarterback Ryan Hilinski even more love than a second string QB typically gets in his first start and the freshman with the inspiring backstory responded with a storybook debut.

Hilinski completed 24 of 30 passes for 282 yards and two touchdowns and ran for another score leading the Gamecocks (1-1) to a 72-10 win over Charleston Southern on Saturday.

The highly touted Hilinski earned the backup job in spring practice after enrolling early from high school and was elevated to starter after senior Jake Bentley broke his foot in the last play of the opening loss to North Carolina. Bentley is out for at least several weeks.

While South Carolina was recruiting Hilinski, his older brother Tyler Hilinski killed himself while playing quarterback for Washington State. The school promised to do whatever it could to help his family and their Hilinski’s Hope foundation in Tyler’s honor to help make the mental health of college athletes as important as their physical health.

Hilinski’s parents were in the stands and his mother, Kym, said during an in-game interview with the SEC Network that she caught herself cheering for Tyler as her younger son took the field for South Carolina.

“I stepped back and I said, ‘Oh my god, I can’t believe I just yelled that.’ But I think they were both out there on the field today, right?” Kym Hilinski said in the TV interview. “It was Ryan and Tyler, and Tyler was his angel on the field. I hope he’s with him for the rest of this season and the next few seasons.”

The Gamecocks mostly kept it simple for Hilinski against the FCS Buccaneers (0-2) with plenty of screens, short passes and handoffs. Hilinski did hit Bryan Edwards in stride for a 60-yard touchdown pass and looked like a freshman in the third quarter when he was rushed and sailed a pass for his one interception.

But overall, it was a fine debut for the freshman. Things get exponentially harder next week with No. 2 Alabama coming to town for the Southeastern Conference opener.

Ryan Hilinski didn’t speak after the game. South Carolina coach Will Muschamp has a policy that freshmen can’t talk to reporters.

Muschamp said dealing with the pain and struggle of what happened to his brother helps Ryan Hilinski deal with social media and the crucible of now being a starting quarterback in the SEC.

“It makes you grow up very quickly,” Muschamp said. “It helps you handle criticism.”

South Carolina accumulated a school-record 775 yards of total offense and scored 11 touchdowns in the rout of the Buccaneers. The Gamecocks scored 21 points in the first quarter and never looked back, as Carolina had two 100-yard rushers (Mon Denson and Kevin Harris) and a 100-yard receiver (Bryan Edwards).

282 – Ryan Hilinski made his first start in a Gamecock uniform on Saturday, throwing for 282 yards on 24 completions in 30 attempts. Hilinski threw for a pair of touchdowns, including a 60-yard strike to Bryan Edwards.

The Gamecocks open SEC play next Saturday (Sept. 14) as Alabama comes to Williams-Brice Stadium. Kickoff is scheduled for 3:30 p.m. and the game will be televised on CBS.