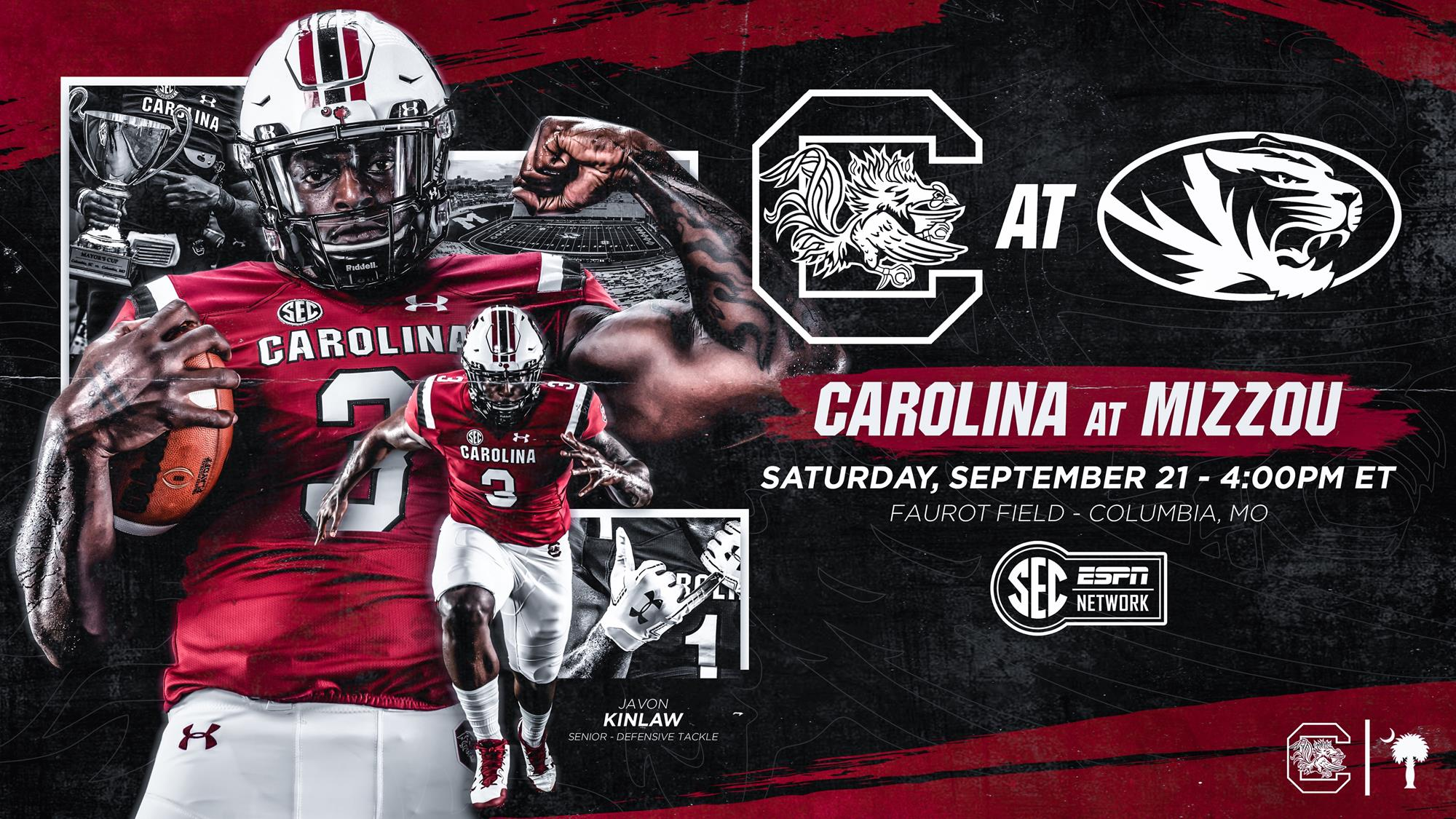 Carolina and Mizzou Set to Tangle at 4 pm ET on Sept. 21

The South Carolina Gamecocks and Missouri Tigers will meet at 4 pm ET (3 pm CT) on Saturday, Sept. 21, the SEC office announced today. The Eastern Division showdown will be televised on either the SEC Network or SEC Net Alternate.

The Gamecocks have won the last three games in the battle for the Mayor’s Cup to take a 5-4 lead in the all-time series between the two schools that call Columbia home. Carolina owns a 2-1 mark when playing the Tigers in the Show Me State, including a 31-13 win in 2017.

That game will begin a stretch of six-consecutive games against SEC Eastern Division opponents for the Gamecocks.

Here is the SEC television schedule for Saturday, Sept. 21: