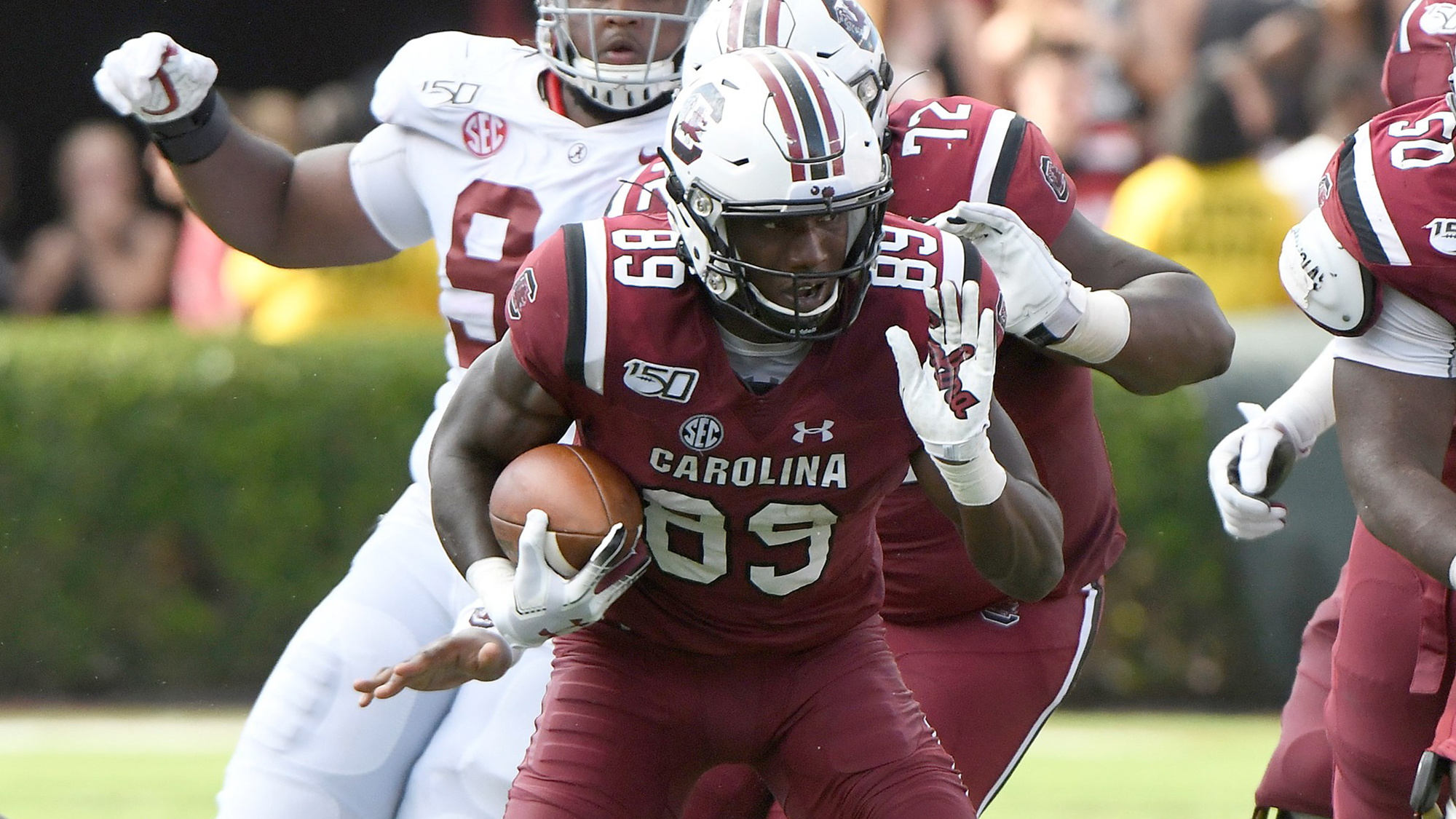 COLUMBIA, S.C. (AP) — Alabama quarterback Tua Tagovailoa focused on what his team needs to work on instead of his career performance.

Tagovailoa threw for a career-best 444 yards – the third most in history for No. 2 Alabama – and tied his high with five touchdown passes in a 47-23 victory over South Carolina on Saturday.

But there was no gushing or celebrations for Tagovailoa, who seemed to channel his coach Nick Saban in a single-minded focus on what the Crimson Tide (3-0, 1-0 Southeastern Conference) must do to improve.

“When we start drives, we’ve got to finish them,” he said. “We were able to move the ball really well, but we got stuck.”

It seemed like Tagovailoa, the All-American and Heisman Trophy contender, unstuck the Tide much of the game against South Carolina (1-2, 0-1).

He had TD throws of 24 yards to Najee Harris and 81 yards to Henry Ruggs III in the opening quarter. When the Gamecocks closed to 17-10, Tagovailoa hit Harris who finished a nifty run where he broke through one tackler, leaped over another and dragged a third over the goal line with him.

“I always tell him not to do that. I think it could be dangerous,” Saban said about Harris’ jump. “But he’s got a good feel for it.”

Tagovailoa finished 28 of 36. He surpassed his previous best of 387 yards set against Texas A&M last year. Tagovailoa matched his career high of five TDs on an 11-yard toss to DeVonta Smith in the final quarter.

“As a quarterback, you have to expect to throw the ball a lot whether you want to or not,” Tagovailoa said.

Saban improved to 12-1 at Alabama in SEC openers and wiped away some bad memories of his last visit to Williams-Brice Stadium nine years ago.

The passing numbers are gaudy and great, but Saban said his team must show more balance offensively. “It’s great that we’re a great passing team,” he said. “I also think from a team standpoint, we need to be able to run the ball well.”

The Crimson Tide finished with 76 yards rushing against 495 passing.

Saban reminded his players, about all who were in middle or elementary school in 2010, of the Tides’ previous game here when the top-ranked Tide were soundly beaten 35-21.

And the Gamecocks tried anything they could to pull off another miracle, but little worked – especially with Tagovailoa in complete control.

Parker White’s fake field goal run to the end zone was called back because of holding. Alabama snuffed out a fake punt to stop the Gamecocks well short of a first down. And when South Carolina drove to Alabama’s 1 on the final play of the half, freshman Ryan Hilinski’s pass to the back of the end zone was off target.

Tagovailoa’s passing yards were the third most in school history. He bettered his previous mark of 387 yards against Texas A&M and tied his personal best for touchdowns set against Auburn, both of those coming in 2018.

Smith and Ruggs both surpassed 100 yards receiving. Smith had 136 yards on eight catches, including two TDs. Ruggs had six catches for 122 yards.

South Carolina coach Will Muschamp said his team’s errors near the goal line – Hilinski threw high on one fourth-and-goal and threw an interception into the end zone – cost them the chance to keep things closer.

“I thought we made some nice drives today, but we didn’t get what we wanted and that’s to win the game,” he said.

South Carolina cut the Alabama lead to 24-13 on a 28-yard Parker White field goal with 11:26 left in the third quarter but the Crimson Tide came back with a five-play, 75-yard drive that ended with a DeVonta Smith touchdown reception from Tua Tagovailoa, giving Alabama the 31-13 lead on its way to a 47-23 victory.

819 – The two teams combined for 819 passing yards, 444 from Tagovailoa and 324 from Carolina freshman Ryan Hilinski. Hilinski was 36-for-57 with a pair of touchdowns in the game.

The Gamecocks travel to Columbia, Mo., for a conference matchup against Missouri on Saturday, Sept. 21. Kickoff is set for 4 p.m. ET (3 p.m. CT) and the game will be televised either on SEC Network or SEC Network Alternate.