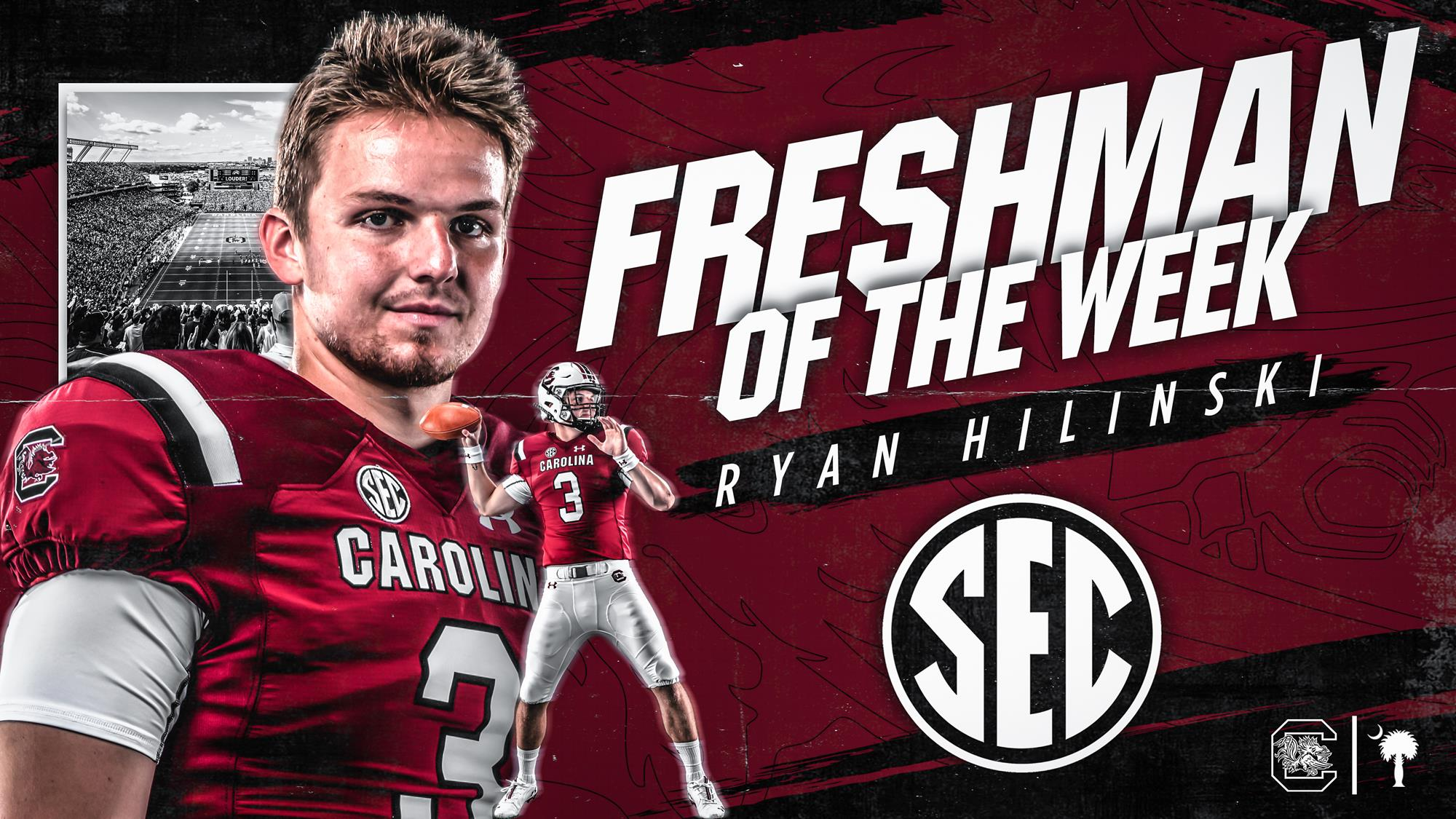 Hilinski Recognized as SEC Freshman of the Week

University of South Carolina freshman quarterback Ryan Hilinski has been selected as the Southeastern Conference Freshman of the Week for his performance last Saturday against second-ranked Alabama.

Making just his second career start and his first against an FBS opponent, Hilinski completed 36-of-57 passes for 324 yards with two touchdowns against the Crimson Tide. The 57 attempts were the second-most in a single-game in school history, topped only by the 58 that Steve Taneyhill threw against East Carolina in 1994, while the 36 completions ranks third in school history, topped only by Taneyhill on two occasions – 39 vs. ECU in ’94 and 38 vs. Mississippi State in 1995. The 6-3, 230-pounder from Orange, Calif., became just the second freshman in program history to throw for more than 300 yards against an SEC opponent, joining Todd Ellis, who threw for 342 yards against Georgia in 1986.

Hilinski and the Gamecocks (1-2, 0-1 SEC) will travel to Columbia, Mo. this week to face the Missouri Tigers (2-1, 0-0 SEC) in an SEC Eastern Division matchup. Game time is set for 4 pm ET (3 pm CT) and the contest will be televised on the SEC Network Alternate channel with Mike Morgan and Ray Bentley in the booth and Tera Talmadge on the sidelines.